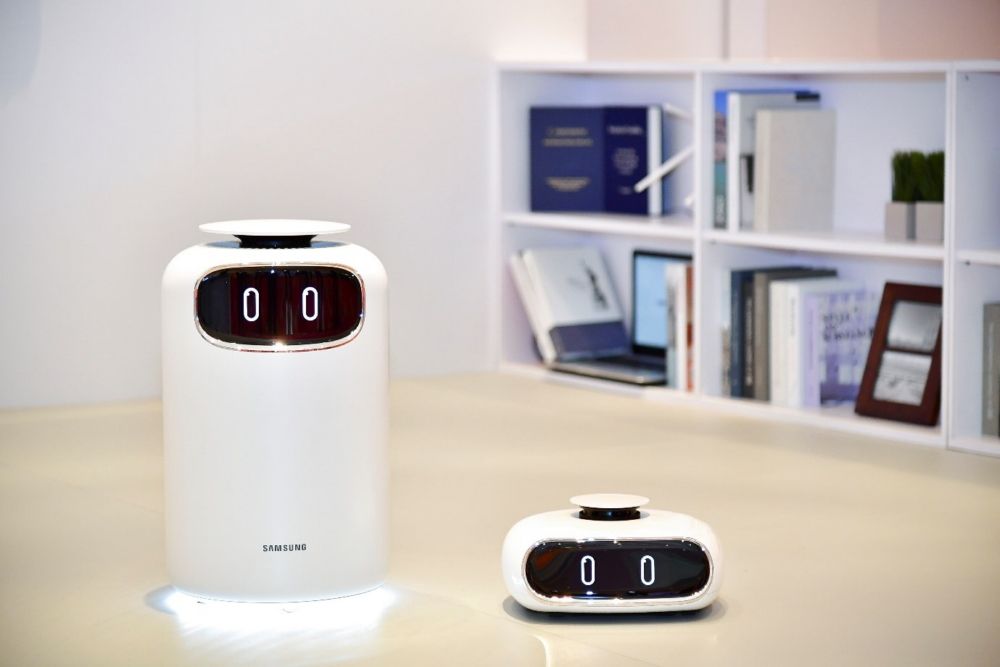 CES is the biggest consumer electronics show of the year, and consumer tech companies use it as a platform to showcase their products of the future. That said, there are certain things that have become commonplace every single year at CES, so they’re no longer very exciting. We know that bigger and better TVs with higher resolution and smaller bezels will be showcased each year. We know that faster, more powerful laptops with sleeker designs will be announced. We know that internet connectivity will be added to more and more “smart” devices as the Internet of Things space continues to expand. As nifty as giant TVs and web-connected toothbrushes are, however, the repetition has made these announcements a bit boring. Sure, it’s great to get a preview of the new gadgets that will be released over the course of the coming year, but what about the fancy, futuristic new tech that companies are working on for 5 or even 10 years from now?

Samsung hosted its giant CES 2020 press conference on Monday night, and yes, of course the company debuted a bunch of giant TVs and faster, more powerful laptops. But that’s not what we’re going to focus on today. Instead, we’re going to take a look at the most futuristic things Samsung has announced so far at CES 2020 as Samsung continues to share its vision of a connected future where nearly all aspects of our lives are touched by digital devices and services.

The theme of Samsung’s big CES 2020 keynote this year was the “Age of Experience,” which is what Samsung is calling its vision of combining hardware, software, and AI to provide digital experiences across all aspects of our lives. At home, Samsung thinks its new robot called Ballie can play a major role in realizing that vision.

Ballie is “a small, rolling robot that understands you, supports you, and reacts to your needs to be actively helpful around the house.” As you can see in the video above, Ballie is basically the next logical step in digital personal assistants, at first supplementing and then perhaps replacing current solutions like Alexa and Siri. Ballie can open your smart curtains and help wake you up in the morning, make your coffee, control your robot vacuum when there’s a mess to be cleaned up, provide home security and even interact with your pet while you’re gone, and more.

No, not Hidden Gems, the new Adam Sandler movie that people can’t stop talking about. GEMS, as in “Gait Enhancing & Motivating System.”

Samsung announced its new GEMS platform on stage during its CES 2020 keynote and even gave a live demonstration of how this futuristic exercise platform works. Augmented Reality isn’t yet the game-changing tech everyone thought it would be a few years ago, but there are definitely niche solutions that utilize AR in smart ways, and the idea of using AR glasses and an AI-powered virtual personal trainer is definitely a smart one that can help motivate us during at-home workouts.

From Samsung’s announcement: “In the kitchen, appliances become cooking partners – a personal chef, nutritionist, and shopping assistant rolled into one. Advanced AI technology on the Family Hub for 2020 refrigerators can identify items stored in the fridge, suggest recipes based on what’s inside, and come up with weekly meal plans. In addition, a self-contained growing station for garden produce, as well as Bot Chef, a food preparation assistant, will make the culinary journey of the future more fun and personalized.”

I don’t know about you, but the idea of a virtual personal chef that can take all the thought out of what to make for dinner and even assist with food prep and cooking sounds to me like a dream come true.

We already have robot vacuums that clean our floors for us. In fact, there’s even a new Roomba model on sale right now that can empty its dirt and dust bin on its own so it can run for months without anyone having touch it at all. But Samsung has taken the concept of autonomous house cleaning to the next level with its new Bot Air robot. It features styling similar to the Bot Clean robot vacuum Samsung unveiled last year, but this nifty robot doesn’t clean your floors. Instead, it’s in constant communication with sensors around your home that measure air quality, and it moves from room to room purifying the air whenever it’s needed.

See those people in the image above? Well guess what: they’re not people at all. Instead, they’re “artificial humans” that were announced at CES 2020, and they were created by a Samsung-funded startup called NEON.

We heard plenty of rumors about Samsung’s artificial humans ahead of CES this year, and now they’re finally official. What are they, exactly? NEON, the startup funded by Samsung’s Technology and Advanced Research Labs program, calls them “computationally-created virtual beings that look and behave like real humans, with the ability to show emotions and intelligence.” If that sounds terrifying and reminiscent of a Terminator movie, well, it is. For now, however, these AI beings exist only in the digital world.

No, NEONs are not Androids that will walk among us in the physical world, but rather virtual avatars that look and act like real people. To what end? Expect them to be visual representations of Alexa-like personal assistants in the early days, but NEON has visions of creating everything from virtual teachers and financial advisers to health-care providers, concierges, TV anchors, and even actors in movies and TV shows.