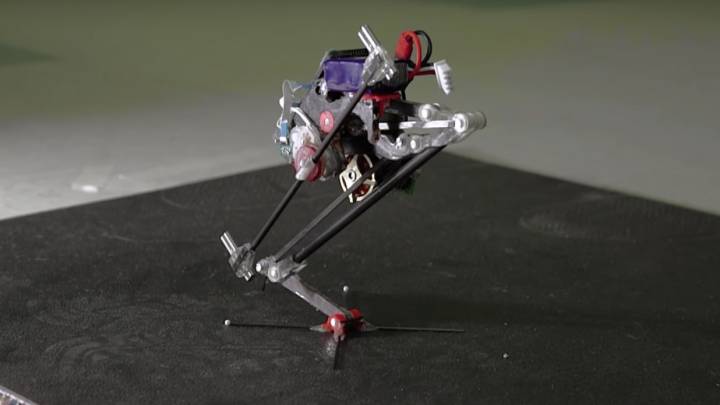 Few people can say they can master parkour, the art of surpassing obstacles by jumping over or bouncing off of them. It looks all very exciting but it’s very difficult. That’s why it’s exciting to see researchers from UC Berkeley have taught a robot to perform similar jumping tricks which could be used one day to save lives.

DON’T MISS: NASA’s Saturn orbiter just sent back the most stunning photos yet

Salto, short for Saltatorial Locomotion on Terrain Obstacles, is the name of the tiny robot shown in the following video, a machine that can jump better than any other similar machine. The robot can jump over obstacles as high as a meter (3.3 feet), and in the future it may be able to navigate complex obstacle courses that would help rescuer find survivors in rescue missions.

What’s impressive about the robot is that it’s very small. It measures just 26cm in height and weighs about 100 grams. As The Verge reports, the robot is based on the galago, a small nocturnal primate that can jump more than 2.25 meters in a single leap.That explains why it’s able to perform such jumps. Its legs store energy in stretchy tendons, which allow the robot to jump instantly, without requiring a recharge period.

Salto also has a tail inspired from the agama lizard which lets it control its direction in mid-flight. The robot can also bounce of walls, and leap over even higher obstacles.

The researchers at Berkeley are looking to devise technology that would let them plot a course for the robot. The machine would then be able to use the waypoints to jump towards a final destination that might be unreachable to regular humans, regardless of their parkour abilities.

Check out how Salto works in the following clip.