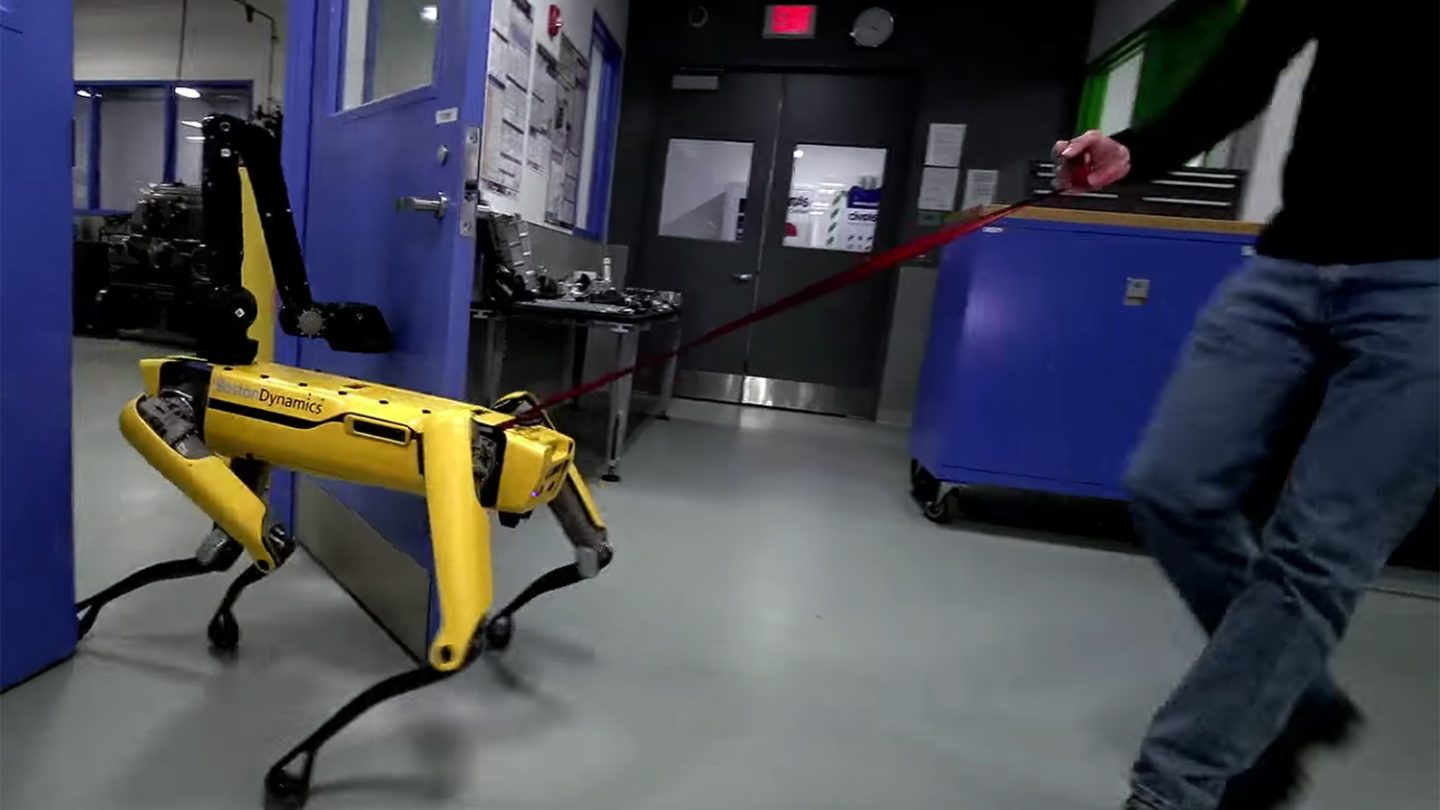 At this point, Boston Dynamics’ robot dog Spot is an expert in effortlessly ginning up virality and setting the internet abuzz over videos of its latest exploits. We’ve covered many of those developments here, from the time the robot was able to start opening doors to its ability to do parkour — the viral gold that memes are made of.

Now, this very good (albeit also terrifying) boy is at it again. It seems the robot dog is now an official member of the Massachusetts State Police’s bomb squad, which, of course, begs the question: Bad boys, bad boys, whatcha gonna do, whatcha gonna do when the unstoppable canine cop gets sicced on you?

In all seriousness, this news comes via documentation obtained by the Massachusetts branch of the American Civil Liberties Union. That documentation includes a memorandum of understanding (which you can read here) which explains that the bomb squad has leased the robot dog from Boston Dynamics for a period of 90 days between August and November “for the purpose of evaluating the robot’s capabilities in law enforcement applications, particularly remote inspection of potentially dangerous environments which may contain suspects and ordinances.”

This comes after Boston Dynamics — the robotics design firm that spun out of the Massachusetts Institute of Technology in 1992 — announced in September that organizations could start leasing the robot for an undisclosed amount of money. The firm seems to be keeping the price tag close to the vest, but it’s no doubt a princely sum.

No surprise, the ACLU is not happy that the Massachusetts state police have essentially added a robocop to its ranks. “All too often, the deployment of these technologies happens faster than our social, political, or legal systems react,” Kade Crockford, program director of the ACLU Massachusetts’ Technology for Liberty program, told TechCrunch. “We urgently need more transparency from government agencies, who should be upfront with the public about their plans to test and deploy new technologies.”