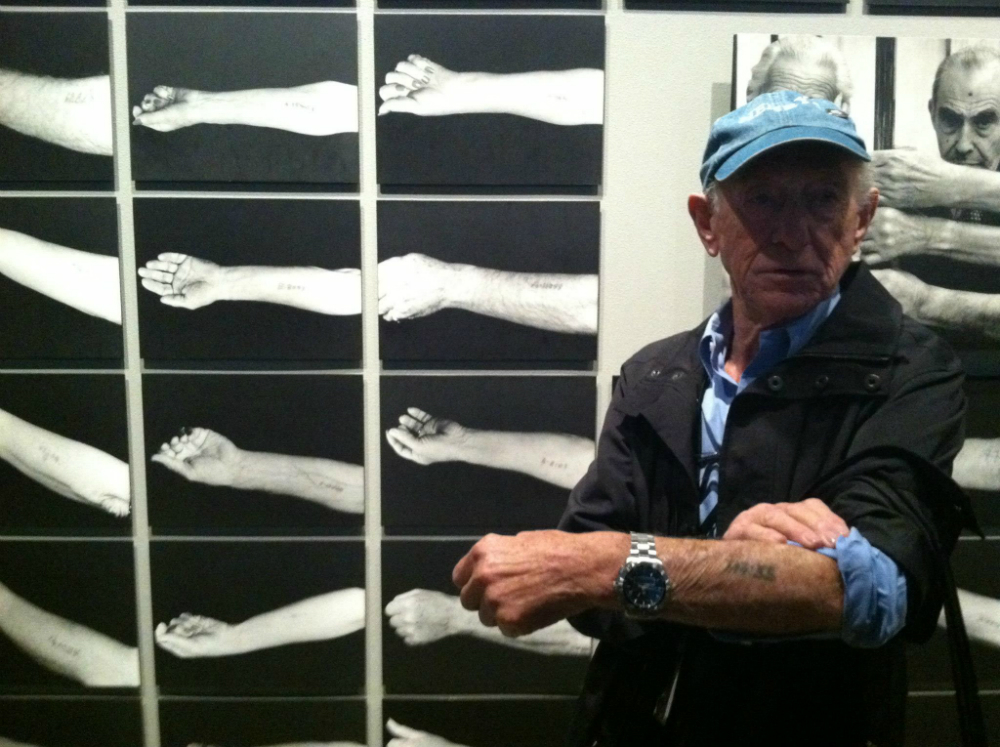 Reddit’s Ask-Me-Anything (AMA) sessions can be very entertaining as a variety of people hold these digital meetings where they would answer questions from curious Reddit fellows. But Henry Flescher’s AMA is a heartbreaking one, detailing some of the cruelties of the second World War.

Flescher, a 92-year-old Holocaust survivor, hosted the Reddit AMA session in early April with the help of his grandson, who insisted that he share his Holocaust survival story with the world.

Flescher and his family moved from Vienna to Brussels when the war broke out. The plan was to go to America, where he ended up after the war, but he was too young to get a visa in 1939. He stayed in Brussels until he was about 16 but when he received a letter in 1942 to go to a labor camp, his parents tried to smuggle him to Spain. Flesher was caught in Lyon while buying grapes and sent to labor camps, where he remained until April 11th, 1945 when the U.S. Army saved him.

“I am a Holocaust survivor, who just turned 92. I have a tattoo on my arm from Auschwitz and survived through seven concentration camps including Blechammer, Gross Rosen, & Buchenwald for over three years and have lived life to the fullest ever since,” his Reddit AMA introduction reads.

He was lucky enough to avoid Auschwitz, where his older sister was sent. “I was first sent to Drancy, a transit camp,” he said, describing his fortunate event. “I was then transported in a cattle car packed with people with no food or water and one bucket in the middle to use as a toilet.”

“I was 18 at the time. The smell was unfathomable. After six days in the train, the train came to stop. The guards started to count men. They selected 300 men. I was number 298. We were taken off the train. The train then continued on its way to Auschwitz and everyone was killed,” Flescher continued. “I will never forget the number 298.”

The 300 men were needed to work in a shoe factory in Ohrdruf. Flescher then became a number rather than a person: number 177153, which is how he was referred to while imprisoned. He was moved from camp to camp, witnessing the horrors of the Holocaust in the process.

“Punishments were a daily routine, and my front teeth were knocked out here,” he said. “I was there during the winter. One time we had to stand for several hours and one person couldn’t contain their urine and peed on himself. The man was hanged. After about two years at Blechhammer, we went on a death march to Gross Rosen. Buchenwald was the next camp. Then Altenberg and Waldenburg. This is a brief timeline!”

“I have watched most of them,” he said when asked about Holocaust movies. “I don’t find it difficult to watch because I went through it. I’ve seen it all. I still remember a friend of mine who was hanged because he was using a telephone wire as a belt to hold up his pants. They hung him, and he fell back down. They put him back up and hung him again.”

Surviving was a a huge challenge, Flescher revealed in his responses. “I used to go out at night risking my life to steal some raw potatoes from the kitchen at Peiskretscham and at Blechhammer,” he explained when asked about nourishment at the camps. “I took chances. At Blechhammer, some inmates caught a dog, a German Shepard, and cooked it. It was a feast. Tasted like rabbit. That was the only time I’ve eaten dog, and it was the best meal I had in a long time. These days I prefer steak.”

When he was freed, he weighed about 70 pounds.

“I lived for tomorrow,” he said. “I was always positive. They told us if Germany won the war you’d work until you die, and if they lost the war, they’d kill everyone. We are born to die, but I always kept my mind positive. I’m lucky I made it out, but I lost many family members and friends during this time.”

He continued, “It’s important to remember the past. If I removed the tattoo it’s removing a part of history. The Germans wanted to remove tattoo’s from survivors afterwards, and I’m sure many people did. But it’s a testament to the past. It shows I survived. And I’m here, and loving life!”

The entire Reddit AMA is available at this link,.