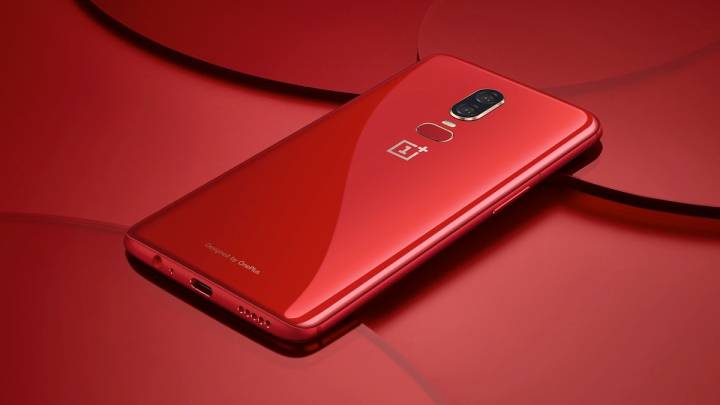 Of course OnePlus made a red OnePlus 6, because you know who also has a red phone. Yes, there was a red OnePlus 5T last year. And a red iPhone 7 that preceded it.

That said, the red OnePlus 6 looks a lot better than the black and white versions available in previous months. There’s just something about red phones that makes them hugely appealing.

The red OnePlus 6 will be available on July 10th, and it’ll cost $579. For that price, you get 8GB of RAM and 128GB of storage. The phone will be available in plenty of markets, including the US, India, and Europe, although expect a gradual launch if you can’t find it just yet.

Other than the new color option, nothing is changed. It’s still the same great OnePlus 6 on the inside that you expect.

But when it comes to red, OnePlus CEO Pete Lau says the company took its time deciding in this color — sure — and that the OnePlus 6 has a special type of red paint job.

Deciding on this color was not without its challenges. We see individual colors as a way to express certain feelings or ideas. To us, red exudes enthusiasm and personality. It also represents an inner confidence and courage. There is a kind of power in red, which the OnePlus logo has always tried to articulate. We hope you feel similarly empowered when you hold the OnePlus 6 Red this summer.

That’s some Samsung-grade bullshit right there, and we do know that Samsung can concoct deep design stories for its flagship phones and color choices.

As for creating the new color, Lau said OnePlus used “a new film coating process that’s never been attempted before in the smartphone industry.”

On top of that, the design team used an “evaporated layer of brightening film that cost around $5 to make crystal clear,” to increase the brightness of the red coating on a phone that shouldn’t be “overly bright.” Cool.

Long story short, if you like red, then the OnePlus 6 should be on your list. Otherwise just pick one of the black options, or try to find a white one. It’s unclear if the OnePlus 6 will come in any other colors.