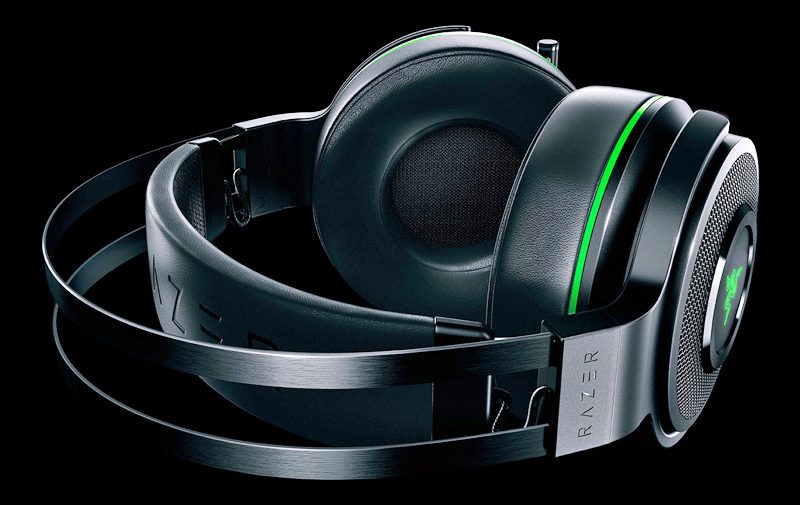 Razer has been making trendy gaming accessories for over a decade, and the company has won many adoring fans as well as its fair share of haters. It’s branched out into gaming notebooks, wearables, and more types of peripherals than you can shake a USB port at, but through it all it’s continued to push forward with new entries into its already established accessory lineups. The latest example is the Thresher Ultimate headset for Xbox One, PlayStation 4, and PC, and it’s exactly as good as it needs to be to justify its existence.

The Thresher Ultimate is Razer’s top-of-the-line audio product, and for a company that lists a full dozen headsets on its website (with plenty of others already having come and gone) that’s a pretty big deal. The spec sheet reads like a wish list of everyone who wants the best of the best: 7.1 Dolby surround sound, completely wireless with a discrete base station, a retractable boom mic, range of 40 feet, 16-hour battery life and an impressively short recharge time of about four hours via micro USB. 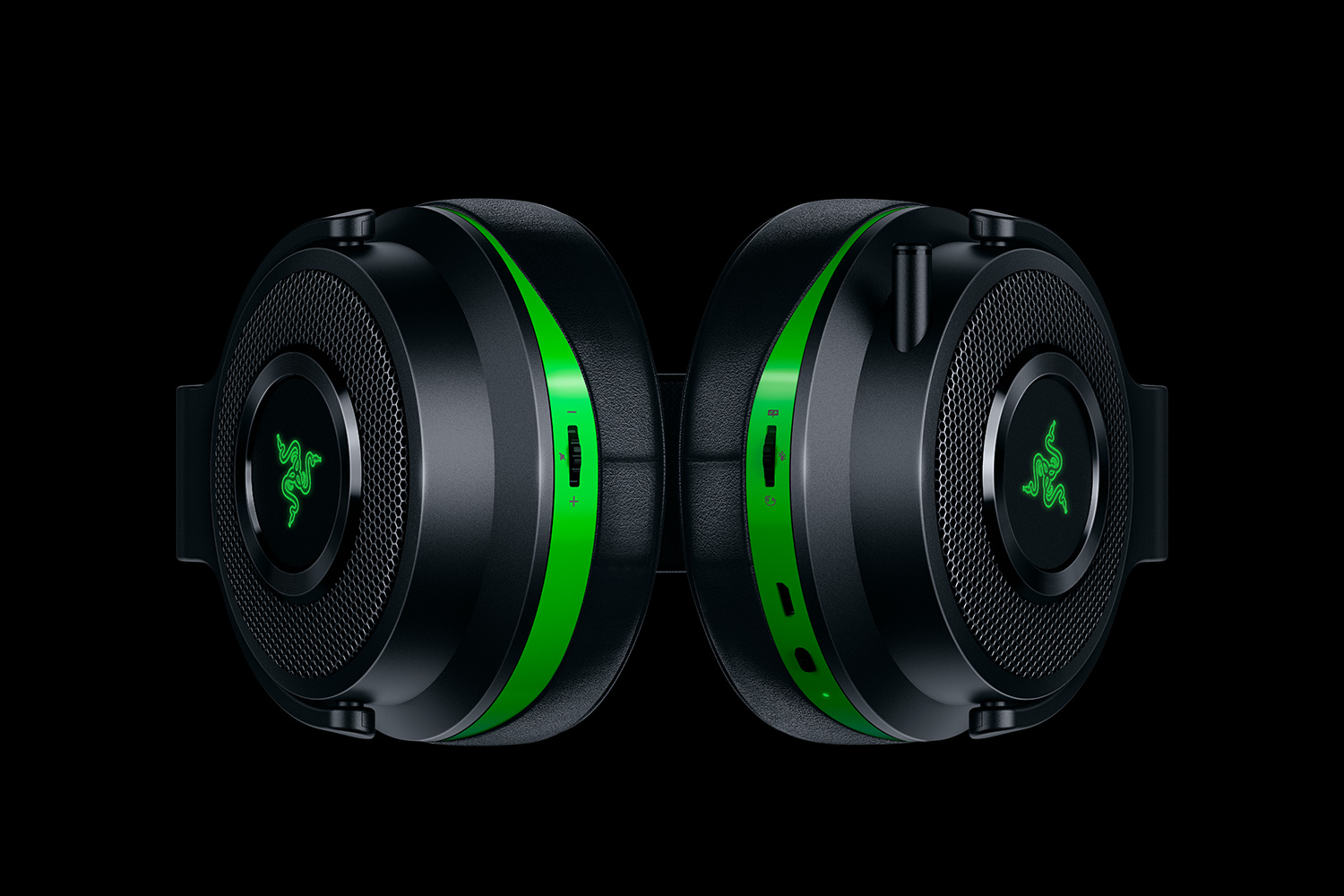 On the design side, the Thresher Ultimate is a good deal more classy and premium than some of Razer’s more colorful offerings. The Thresher comes in two flavors: Xbox and PlayStation (both of which also work with PC), and feature green or blue accents, respectively. The majority of the headset is a matte black, which helps it look as high-end as it really is, and the two places where Razer stamped its branding on the headband are subtle. The Razer logo on each earpiece glows when in use, but it’s far from obnoxious.

The ear cushions are made of a faux leather with extremely fluffy foam inside, and combined with the flexible headband it’s very comfortable. The generous flexibility of the foam around the ear cups makes the headset especially glasses-friendly, which is a nice consideration.

This is all nice, but what really matters when it comes to a headset is sound, and when comparing Razer’s new headset to its peers, there’s lots to consider. In terms of the basics, the Razer gets everything right. The bass is beefy, the highs are crisp, and the volume is normalized in such a way that you don’t need to jack the volume to max just to hear tiny details, and that’s a huge plus when it comes to gaming. The 7.1 surround is really incredible, and it never fails to amaze me how precise you can be when investigating sound cues, especially when playing online. You can “sound whore” to your heart’s content with this headset, and I did plenty of that in Destiny, Rust, and Battlefield 1 during my time testing it. 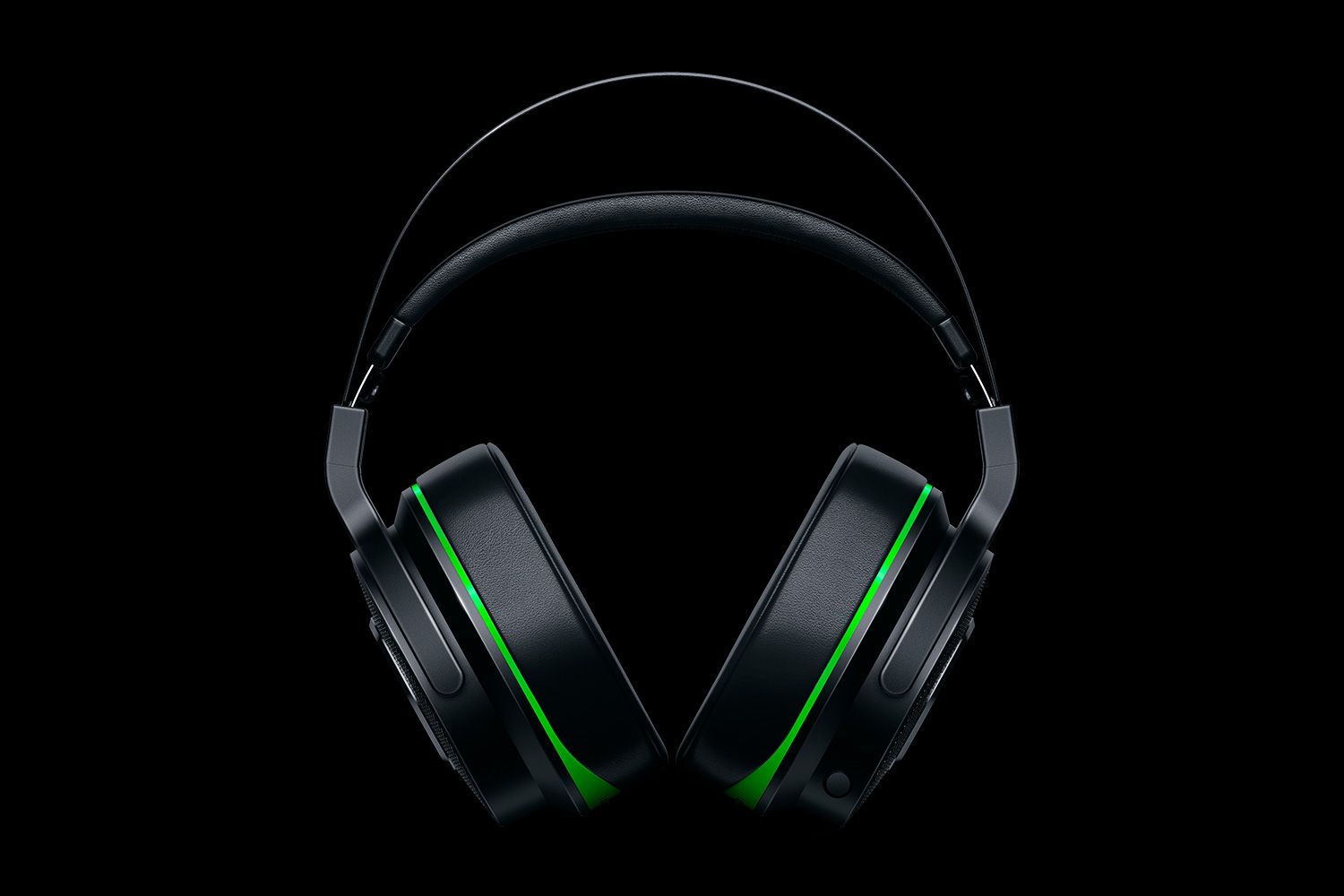 That said, the headset does fall a bit short in regards to extra features. Depending on your gaming style, the lack of dedicated modes for various game genres or an equalizer customization feature might be a mark against the Thresher Ultimate. When using the headset on PC it’s easy enough to customize exactly how things sound via third party apps, but when playing on console your options are limited. Of course, the argument that the headset provides the ideal audio balance without messy customization features could easily be made as well, so it’s a certainly a matter of taste.

I also noticed an odd habit the headset has when it comes to its auto-off feature. It’s designed to keep your battery from dying when you’re not using it, and when the headset thinks you’re not using it (by detecting a lack of sound coming through) it’ll just shut itself down. It works well, but on a couple of occasions I was playing a game with the volume low, or was in an area with very little sound and quite music, and the headset shut itself off. It didn’t happen often, so it’s not a deal-breaker, but it’s something to be aware of if you’re having a chill Minecraft session with low, calm music.

All told, the Thresher Ultimate does exactly what it needs to do to be worth its $249.99 asking price. It’s a high-end piece of gamer gear with fantastic audio quality, a classy look, and very impressive specs. It doesn’t go above and beyond, and isn’t packed with modes and menus, but it lives up to its premium billing in fine style.