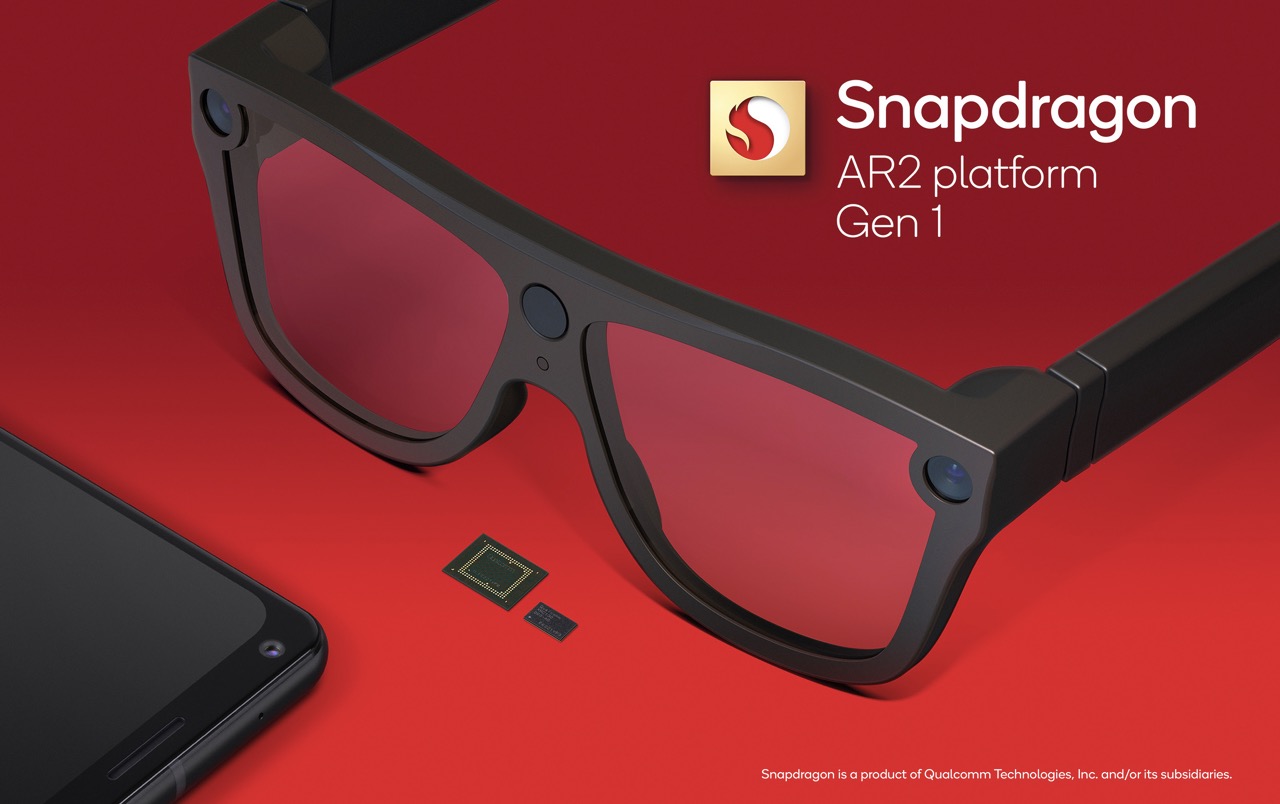 It’s going to be some time before augmented reality becomes part of the mainstream, but Qualcomm is seemingly ready for the companies working behind the scenes to make it happen. The company has taken the wraps off of the new Snapdragon AR2 Gen 1 platform, which is built to power augmented reality products that set the stage for what could be the next major technology.

There are a few things that make this platform more advanced than other or previous-generation AR platforms. For starters, the platform is actually a multi-chip architecture that’s built to ensure that AR glasses can remain as thin and light as possible.

The benefits of this, and other improvements, are seemingly numerous. According to Qualcomm, the chipset will occupy a 40% smaller space while delivering 2.5x better performance and consuming 50% less power than the Qualcomm Snapdragon XR2 platform.

Part of how the chipset is able to remain thin and light is the fact that it only handles as little as possible on-device, instead offloading as much as it can to a connected smartphone, PC, or other device. It’s largely expected that this is how early-generation augmented reality devices will perform, including those from other manufacturers, like Apple — which is rumored to be working on AR glasses of its own.

This processor is optimized for all kinds of must-have AR features. For example, it can support up to nine concurrent cameras for better spatial awareness, and a hardware acceleration engine to improve motion tracking. It also supports things like hand-tracking, and Wi-Fi 7, which should help ensure that it can stay connected to your devices.

So when will we start seeing devices with the Snapdragon AR2 platform built into them? Well, likely pretty soon. The likes of Oppo, Sharp, TCL, and Xiaomi are apparently in different stages of development with the AR2. That said, these companies are still in the very early stages of building AR glasses, and it’s unlikely we’ll see widely available consumer products within the next few years.