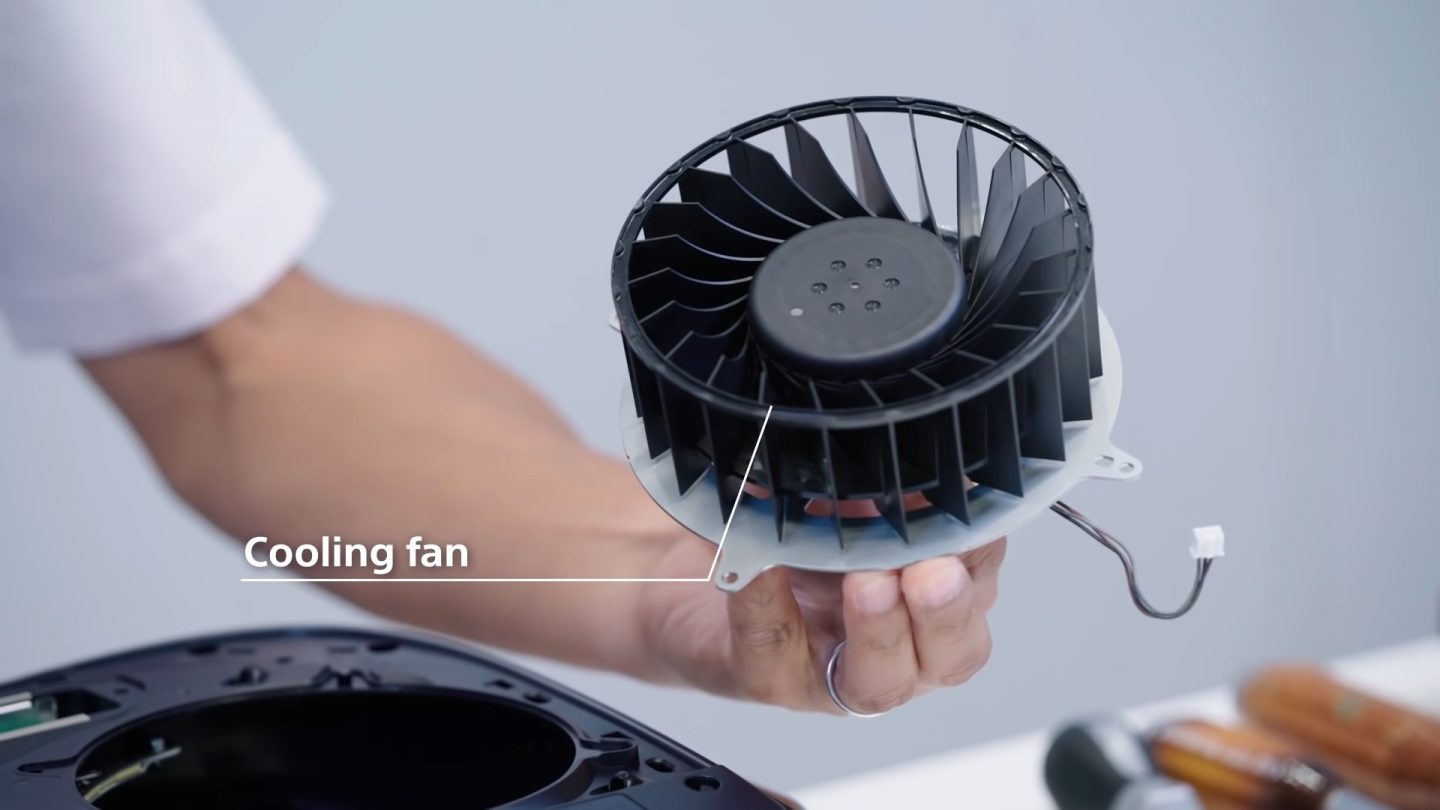 Sony finally showed us the design of the PS5 during its Future of Gaming event, but we walked away with nearly as many questions as we had going in. We still didn’t know the price, the release date, which games would be available on day one, or what the user interface would look like. Many of those mysteries have been solved, but this week, we finally got an answer to the most important question of all: Why is the PS5 so dang huge?

In an interview with Nikkei Xtech on Tuesday, Yasuhiro Ootori, the Sony Interactive Entertainment VP of mechanical design (who you might remember from that PS5 teardown video), explained that the cooling fan is the culprit behind the PS5’s considerable bulk. Such a substantial component was necessary to cool the mainboard.

According to Ootori, the cooling fan inside the PS5 is 45mm thick. That’s thicker than the cooling fan in the PS4 and the PS4 Pro. The size of the cooling fan determined the size of the console, as it is the biggest component within the PS5’s shell by width. We also got a look at the mainboard that powers the PS5 in the teardown video, and the reason that Sony opted to install an enormous double-sided cooling fan was so that air would be sucked in from both sides to cool the “A side” and the “B side” of the board. The B side doesn’t have the system on a chip installed on it, but Ootori says that it still generates about as much heat as the SoC of the PS4.

“It was possible to develop the PlayStation 5 to be smaller,” Ootori revealed (translated by Video Games Chronicle). “For example, by implementing two cooling fans, one for side A and side B, the PlayStation 5 size would have been reduced. However, there is naturally an additional cost associated with having two fans. Additionally, controlling the functionality of two fans is more difficult than just one. With these additional obstacles in mind, we decided to cool both sides of the main board with one, large fan.”

In other words, the PS5 didn’t have to be as big as it ended up being, but the unprecedented size was something that Sony was willing to compromise on to build a console that would be relatively affordable and would run so quietly and efficiently. Had Sony opted to use two fans instead of one, it’s possible that the company wouldn’t have been able to hit $399 for the PS5 Digital Edition, which uses the same fan and mainboard as the standard PS5.