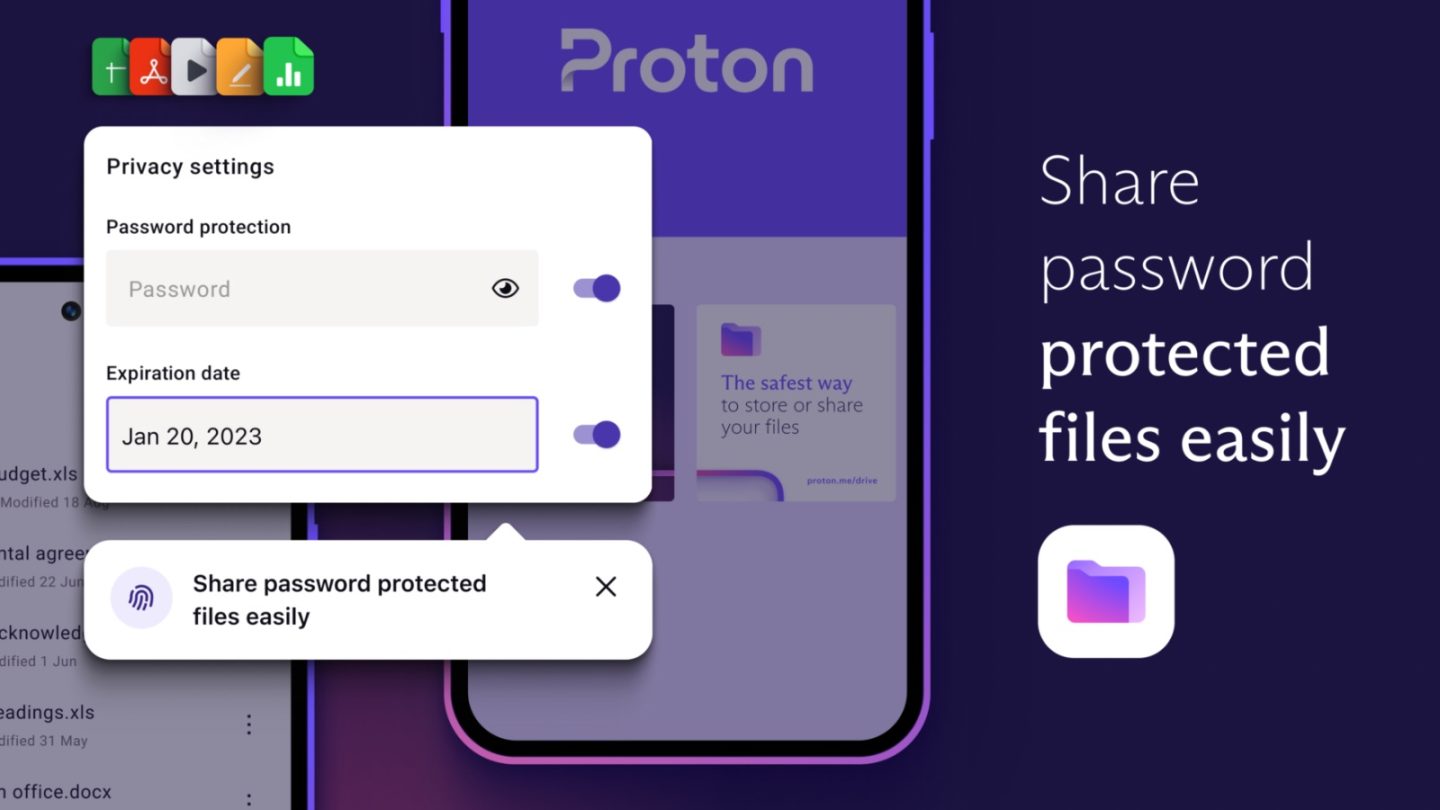 Proton Drive, launched in September as a web-based-only app, is releasing its iPhone and Android application to all users today. With that, it’s easier for Proton clients to use encrypted cloud storage with its services and share data on mobile. Here’s what you need to know.

According to Proton Drive, customers can securely upload, save, and share files to and from their iPhone or Android devices with the protection of end-to-end encryption. Like other Proton services, Drive offers a free version with 1GB of cloud storage.

Users subscribing to 500GB of encrypted storage ($9.99/month) via the Proton Unlimited plan will also get Proton Mail, Calendar, and VPN services. There’s also a standard Drive subscription that offers 200GB of storage for $3.99 a month.

“People have historically had very few options for secure personal cloud storage. While there have always been apps to upload and store files on your phone, they provide poor privacy, and data leaks from mobile devices are common. Proton Drive brings end-to-end encrypted file storage to iOS and Android and aligns with Proton’s mission to ensure that privacy tools are easy to use and freely available,” said Andy Yen, founder and CEO of Proton.

Proton Drive allows users to upload, store, and share files such as documents, photos, and videos. Folders and files can be sent to anyone, including non-Proton users, through sharing links. Senders can also revoke access, assign expiration dates, and require passwords for viewing.

According to Proton Drive’s press release, its “end-to-end encryption goes one step further and encrypts metadata including file and folder names, creation dates and thumbnails, and likewise ensures data is encrypted at rest on mobile devices as well as in transit and the cloud.”

Proton Drive is the latest service to be developed by Proton and is part of an ecosystem including Proton Mail, Proton VPN, and Proton Calendar.