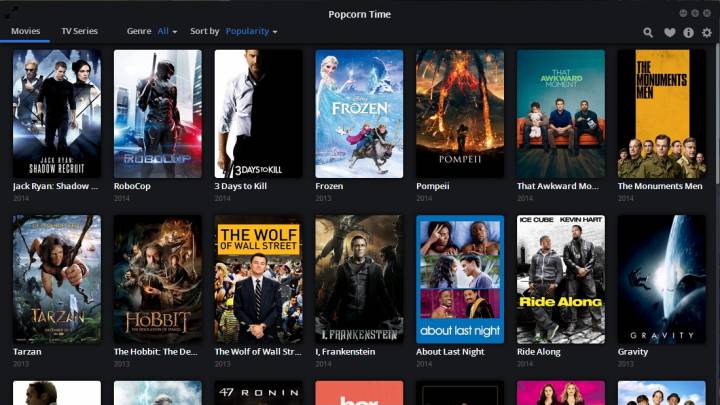 Long before Torrents-Time allowed pirates to stream movies and TV shows directly from their browsers, Popcorn Time was the piracy tool of choice. The software made waves when it was first introduced, quickly heralded as the ‘Netflix for pirates,’ but within a matter of weeks, the MPAA was already hard at work to have it taken offline.

Late last year, the organization accomplished its goal, as the original Popcorn Time fork was unceremoniously shut down.

But the story isn’t over quite yet.

DON’T MISS: With its refusal to unlock San Bernardino shooter’s iPhone, Apple is fighting for us all

Seemingly out of the blue, the original Popcorn Time Twitter account sputtered back to life on Tuesday with the following message:

TorrentFreak shared the news on Wednesday, noting that the PopcornTime.io fork received an unexpected update by the name of ‘Hail Hydra’ earlier this week that brought the application back to life. Other than running code based on the ‘legal’ Popcorn Time spin-off known as Butter, there don’t appear to have been any significant changes to the app.

Shortly after ‘Hail Hydra’ made its way out into the world, the original GitHub repository was updated, the website in the tweet above came online and Popcorn Time appeared to be back in action.

Here’s where it gets strange. According to TorrentFreak, the MPAA is at the very least indirectly involved in the surprise revival — the nameservers used by the PopcornTime.sh domain are all now controlled and owned by the MPAA.

Furthermore the original developers behind the project all claim that they have nothing to do with Popcorn Time’s resurrection. Considering the fact that several members of the project were sued by the MPAA, it would make sense for them to distance themselves from any attempts at bringing Popcorn Time back to life. But if they weren’t involved, who was?

Anyway, despite the fact that there are more questions than answers, the original Popcorn Time fork is back online. Unfortunately, no one seems to know who is in control of the project, so jump back in at your own risk.