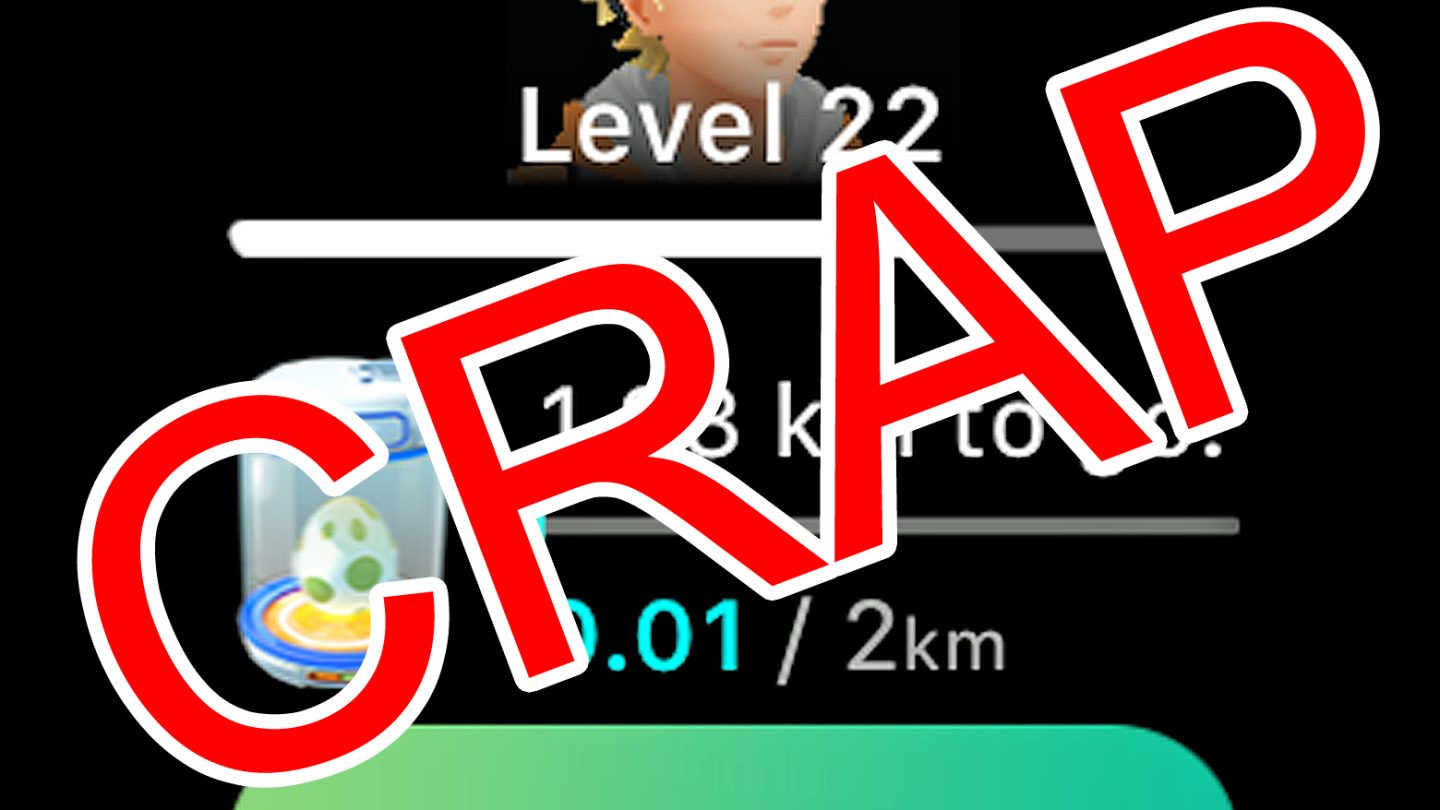 Niantic first showed off Pokemon Go for Apple Watch back in September at Apple’s iPhone 7 debut event. The game is a natural fit for the wearable because both Pokemon Go and the Apple Watch have big fitness components and encourage you to get out of your house and do something other than each nachos. Earlier this month, rumors began circulating that Niantic had actually cancelled development of the watch version of Pokemon Go, which the company later denied. Then, last week, the app finally made its much hyped debut on the watch, and all I can say is that I wish it had been cancelled after all.

Let’s talk about all the things you can do with the Pokemon Go app for Apple Watch:

Here’s what you can’t do with the watch app:

The app is almost entirely useless for anyone who actually enjoys catching Pokemon. You get an alert (sometimes) if a Pokemon is nearby, but then you have to take your phone out to catch the thing anyway. That’s an absolutely inexcusable shortcoming, especially when you consider that the Pokemon Go Plus — which doesn’t even have a screen! — allows you to catch nearby Pokemon without having to take out your phone. Perhaps the worst part about the app is that even when all your settings are perfectly in order, your chances of actually getting a notification of a Pokestop or nearby creature are about as good as flipping a coin. I’ve traveled countless times through a nearby park where I often spin the Pokestops and my app has been completely silent, and I’m not the only one who seems to be having this issue. A quick Reddit search will produce many other Apple Watch users who are experiencing the exact same thing.

Okay, so, the Apple Watch app sucks, but why did Niantic release it this way? Maybe Niantic wants to push sales of the aforementioned Pokemon Go Plus band, or maybe the company has plans for an entirely new wearable of its own. Niantic’s first game, Ingress, is getting a dedicated five-button smart band that will duplicate many of the features of the full game. Should the company see similar demand for a Pokemon Go version, it’s entirely possible that it intentionally minimized the features of the Apple Watch app in order to give its own wearable a reason to exist.

In short, if you’re a Pokemon Go fanatic without an Apple Watch who feels like they’re missing out, you really don’t have to. You’d be better off dropping the $35 on a Pokemon Go Plus instead.