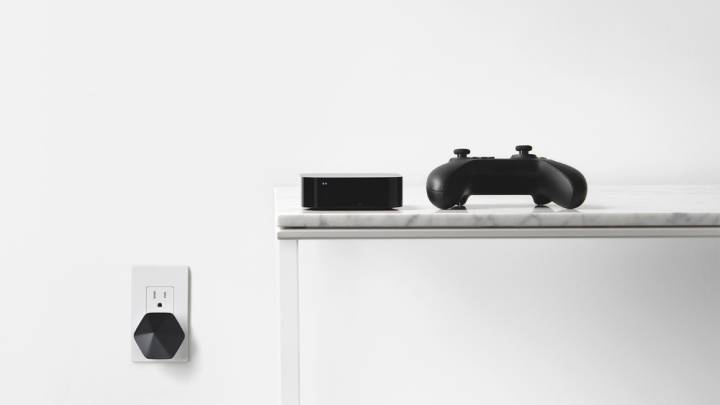 There’s nothing worse than having a spotty Wi-Fi network at home. Well, there are plenty of worse things, like not having any internet in the first place. But if you’re looking to fix your wireless connection and some of the available tricks and tips do not cut it anymore, then you’d better get ready to invest in extra hardware.

There are plenty of companies looking to fix Wi-Fi, including Eero, Luma, and even Google. If those offers aren’t enough, then there’s also Plume, a startup we talked about this summer.

Plume is a cute pod that you plug directly into an outlet. Once they’re powered, the Plumes will boost the Wi-Fi signal across your home, reaching those corners where you might encounter connectivity issues.

A Plume pod costs $69, but they also retail in a pack of three or six, for $179 and $329, respectively. The bigger your house, the more Plume pods you’ll require.

The Plumes connect directly to your Wi-Fi network, promising a hassle-free setup. Sure, they can be used with Ethernet cables if you have them, but who wants to do that?

The Plume system comes with a technology called Adaptive Wi-Fi, which should let the array of pods bump the signal in the area around you so that you get a decent Wi-Fi connection at all times.

“Plume gets to know your daily WiFi needs—so when the living room is brimming with people after dinner, it’s already prepared to handle several devices sitting right next to each other,” the company explains one of the perks of this smart mesh of Wi-Fi extenders.

The Plume, advertised as the “world’s first self-optimizing Wi-Fi” is now ready to ship, so if you still didn’t pull the trigger on Eero, Luma, or Google Wi-Fi, then you might want to check it out.