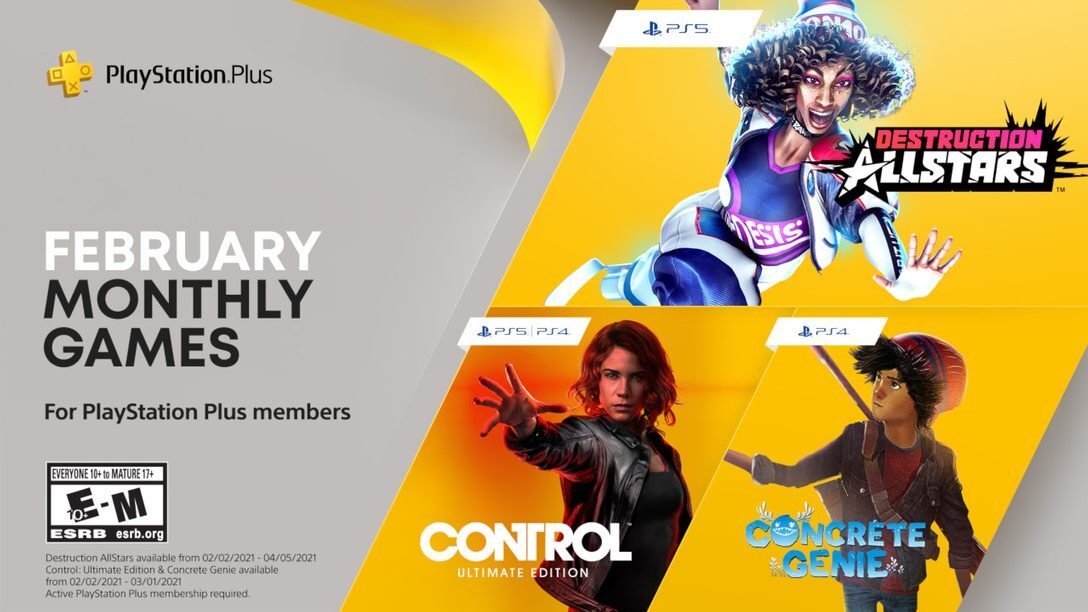 Destruction AllStars was originally set to be a launch title for the PS5, and while it missed that window, most of us still haven’t been able to get our hands on a PS5 yet anyway, so it still kind of counts. This vehicular combat game brings the total number of PS5 exclusives to two (Demon’s Souls being the other), but the PS Plus freebies this month also include Control: Ultimate Edition, which features both expansions, a 60FPS mode, and DualSense support. This is another very strong month for the program, and Sony hasn’t threatened to raise the price yet either.

Here’s the complete lineup of free PS5 and PS4 games available for PS Plus subscribers in February:

All three games will be available for free starting February 2nd. You need an active subscription to PlayStation Plus in order to download them for free. You’ll also need to either keep paying for or restart your subscription in order to keep them, even if you downloaded them for free. And don’t forget – all of the free games from January are still available until the new free games drop next week, so grab them before they leave.