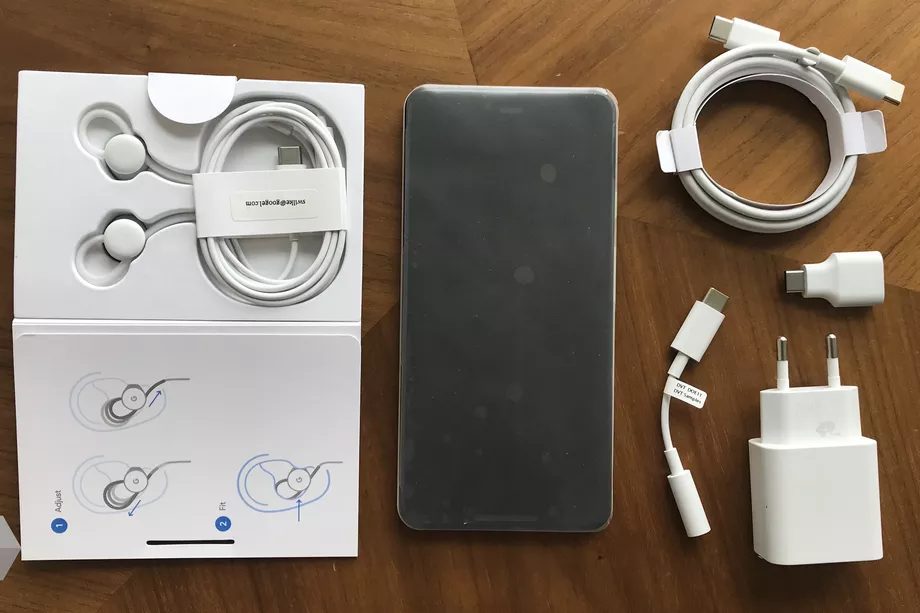 With the Pixel 3 and Pixel 3 XL set to launch in a month, this is exactly the time that we’d expect to see a few serious leaks popping up. “Serious leaks” normally means g a couple of spy shots, perhaps a few dummy devices, and some screenshots of retail inventory systems showing color, storage, and pricing. But this year, we’re getting a whole lot more.

Russian site Rozetked got its hands on what sure looks like a fully working Pixel 3 XL model and has given it a complete hands-on treatment. It seems like the device was misplaced (or stolen!) from a Google shipment, which may have been intended for someone like a carrier partner. The site said that “Google made a big mistake and two months before the release of the smartphone misplaced a batch of finished devices,” which is the leaking equivalent of “it fell off the back of a truck.”

Signs that this was a whole batch of devices, and not just one phone, popped up when another Russian leaker posted images of a Pixel 3 XL on Twitter. The last time something like this happened was when an Apple engineer left a prototype iPhone 4 in a bar, and it found its way to Gizmodo; in that instance, the editor’s apartment was raided by law enforcement, so it’s not clear how long the sites are going to be able to hold onto the phones. If an actual pallet of devices got stolen, however, you can bet that we’re going to see every single detail leaked extensively.

Speaking of which, let’s talk about what these images actually show. From a design perspective, previous rumors have been confirmed: Google is making an interesting choice to have a notch and a big bottom bezel on the phone, which makes the phone look decidedly dated. Samsung chose not to go with the notch this year, and pays the price with a slightly bigger bezel. That’s fine, but the Pixel 3 XL design just looks dated and misplaced in these images. The notch is a tiny concession to reality for companies that want to make an all-screen phone; why bother with the trade-offs if you’re already going with a big bottom bezel?

Judging by the grills on the top and bottom of the device, Google is sticking with the stereo speaker design that was a talking point for the Pixel 2 line. That’s welcome news for anyone who uses their phone to watch a bunch of video, or just listen to music on the subway because public space is irrelevant.

Around the back, Google is also bucking anther industry trend and sticking with one single camera, rather than the dual-lens (or even triple-lens) setups that are becoming common. It’s hard to knock Google’s choice here, since the Pixel 2 XL had the best camera on the market when it launched.

Rozetked published an entire story on the Pixel 3 XL’s camera, including a bunch of sample images, and things look about as good as we’ve come to expect. Of course, what we really need are comparison shots pitting the Pixel 3 XL’s camera against the iPhone X and Galaxy Note 9, but at the very least, the extensive landscape shots and selfies should help Google track down the people that stole its phones.

Specs-wise, there are zero surprises. The display is 2960 × 1440 pixels, and there’s a Snapdragon 845 processor under the hood. These are all things that we were expecting to see, and table stakes for anything that wants to pretend to be a flagship smartphone in this day and age.

There are still a few questions that this hands-on doesn’t answer: What’s the price going to be, when are we getting it, and most crucially, does Google have any fun software tricks to make this phone better? Although the writers clearly have the Pixel 3 XL devices up and running, they’re also clearly on airplane mode, otherwise Google would be able to remotely brick them. Without fully setting the devices up and connecting to the internet, we don’t know if Google has some AI ace-in-the-hole to make the Pixel 3 XL a home run.