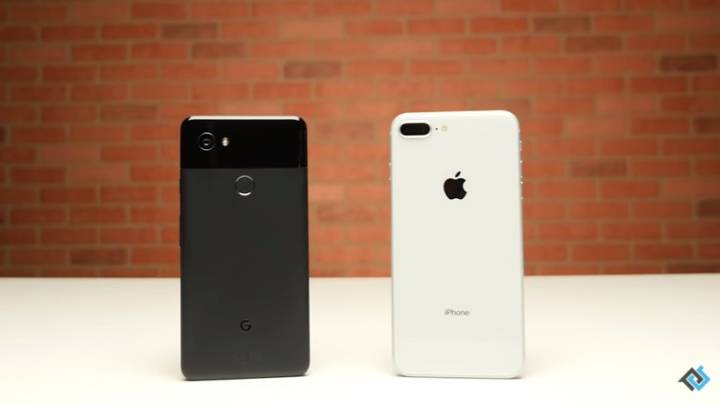 In addition to putting out the many unexpected Pixel 2 XL fires, Google is already at work on its next generation of Pixel phones, a new report says.

From the looks of it, Google may do something increasingly popular: set aside the best features for the larger Pixel 3 device next year, to paraphrase something that Google said during the Pixel 2 launch about Apple’s 2017 iPhone lineup.

Remember back in fall 2016 how Google mocked Apple’s decision to kill the 3.5mm headphone jack only to do the same thing a year later, without really explaining its courage?

Well, this year it took a similarly absurd hit at Apple, saying that Google won’t save the best features for the biggest phone, a claim that’s very easy to dismantle.

A new report from Droid-Life says that Google is working on three Pixel 3 phones.

The codenames for these devices are Crosshatch, Albacore, and Blueline. The source said that Google will reference the trio of phones as A, B, and C, to keep their identity hidden. Here comes the interesting part:

We were also told that two of these devices will be considered “premium,” while the third will fit into the “high” end tier. What the difference is there is a mystery to us. Our source referred to them as “Pixel” devices, though.

So Google is making two premium devices and a high-end one next year. This year, Apple released the iPhone 8 and iPhone 8 Plus, which are the cheaper new iPhones and the expensive iPhone X. All three phones rock virtually the same internal components. The iPhone X has a bigger battery, a Face ID camera, and a bigger display.

Google just told us that it just removed the headphone jack so that it can manufacture all-screen phones of its own. That means it plans to use an all-screen design in at least one of the Pixel 3 models in 2018.

Assuming this early Pixel 3 rumor is accurate, we may see Google next year save some of the best features for the larger Pixel 3 phone. And I can’t wait to see what Apple move Google criticizes next year. It’ll probably be an indication of what to expect for the Pixel 4 in 2019.