One of the most disturbing thing coming out of the MWC 2018 was the cloning of the iPhone X design. Many Android device makers have decided that the notch the only way to go to increase the display-to-body ratio in phones that have otherwise reached their design peak.

Pretty much every major player in the Android universe can pull off all-screen smartphones with great, high-resolution, 18:9 displays. Samsung’s Galaxy S9 is one such example, the Xperia XZ2 is another. But neither model features a screen that extends to all edges like the iPhone X’s screen does. That’s a notch for that.

Google the other day gave the iPhone X’s design the best possible validation. The only other company in the world which develops a mobile operating system that people actually want to use has just included notch support in Android P. Google wants to make sure that all those iPhone X clones will have decent user interfaces that will take into account the existence of that top notch.

It’s a great compliment for Apple, and it couldn’t have been easy for Google to acknowledge that Apple spearheaded this new smartphone screen design evolution. You can try and argue all you want that the Essential Phone was first to do the notch, but that’s not the phone people are copying. It’s the Fruit Phone X designs that people want, Asus let everybody know at the same show. 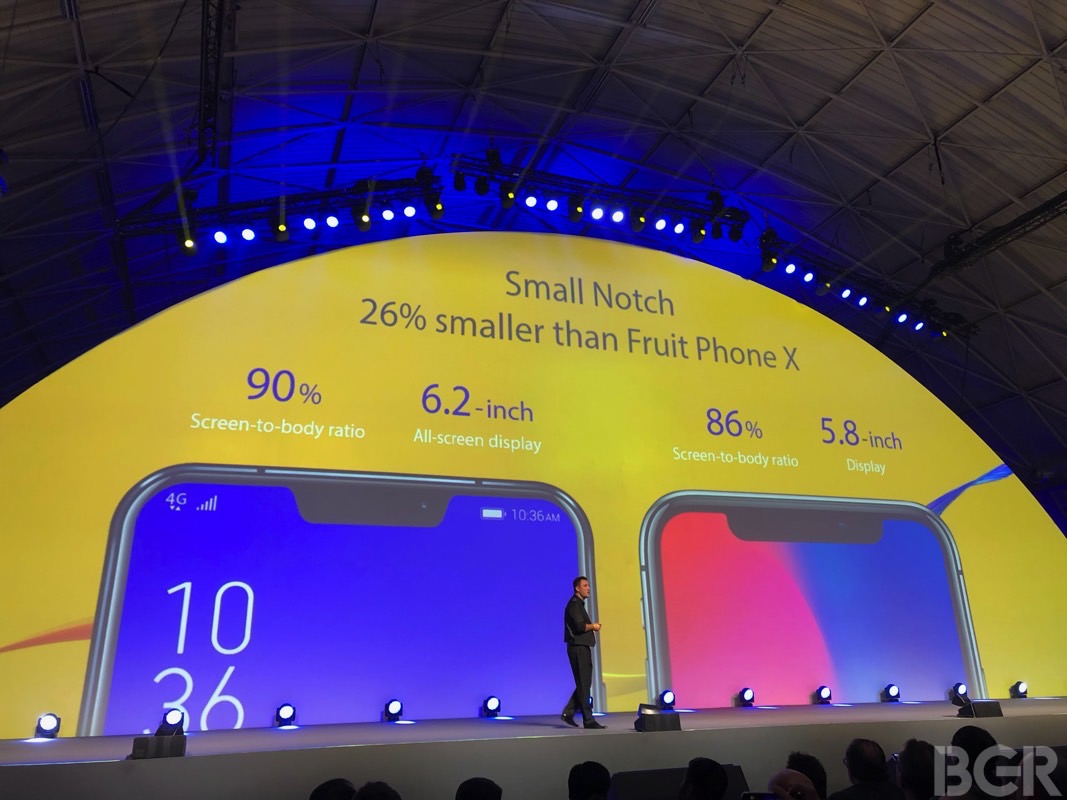 Does that mean that the Pixel 3 will have a notch like the iPhone X?

Just like Nexus devices, the Pixel is Google’s vessel for its latest Android innovation. Google can’t really show to the world all the Android advancements it’s been working on without making its own phones. That’s why the Pixel 3 will have to showcase all the features that are built into Android P, notch included.

We don’t have Pixel 3 rumors to work with right now, so we have no idea if there’s a notch in its future. But I think that, if Google is embracing the notch in Android P, then it must add one to the Pixel 3.

What we do know for certain is that the Pixel 3 will have an all-screen design complete with 18:9 aspect ratio and reduced top and bottom bezels. After the Pixel 2 event last year, when Google killed the headphone jack only a year after mocking the iPhone 7’s lack of a 3.5mm audio port, Google explained that it needs to do it so that it can make all-screen smartphones in the future.

“The primary reason [for dropping the jack] is establishing a mechanical design path for the future,” Google’s Mario Queiroz said after the Pixel 2 launch. “We want the display to go closer and closer to the edge. Our team said, ‘if we’re going to make the shift, let’s make it sooner, rather than later.’ Last year may have been too early. Now there are more phones on the market.”

So if Google is moving closer and closer to the edge, it has to copy Apple and embrace the notch in its Pixel 3 design. Will Google’s notch pack a 3D facial recognition camera? That’s a question for a different day.

Finally, there is one one rumor from late October 2017 that does say Google will have three Pixel 3 models in stores this year, including two “premium” devices and a “high-end” one. Yes, we also thought that premium and high-end means the same thing when talking about smartphones. Apparently not.

The Pixel 3 series will probably be unveiled at some point in early October, just like the previous two generations, so there’s plenty of time for everything about it to leak.