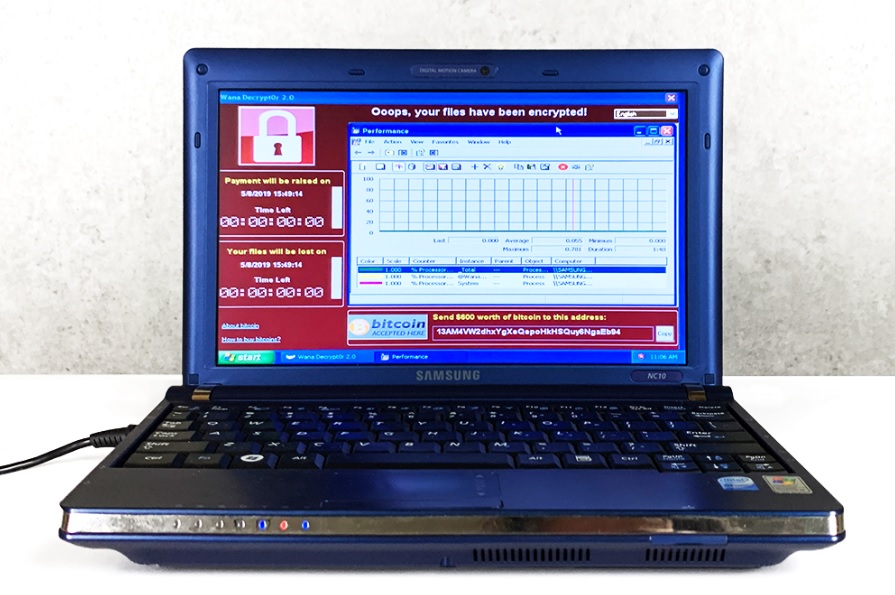 Image: The Persistence of Chaos

People auction off rare and incredible works of art every day, but this is one of the most unique auctions we have ever seen. An artist by the name of Guo O Dong collaborated with cybersecurity company Deep Instinct to load a Windows XP laptop with six of the most dangerous pieces of malware the world has ever seen, and now the laptop will be sold to the highest bidder, with the current bid set at an astounding $1,200,749.

Appropriately titled ‘The Persistence of Chaos,’ the art project is composed of a 2008 Samsung NC10-14GB 10.2-inch laptop running Windows XP Service Pack 3, a power cord, a restart script, and the aforementioned malware. In order to keep the malware from spreading, the laptop has been “isolated and airgapped.”

The six pieces of malware infecting the laptop include ILOVEYOU, MyDoom, SoBig, WannaCry, DarkTequila, and BlackEnergy. Altogether, these six viruses have caused upwards of $95 billion worth of damage, and though some have been dealt with, others are still affecting users all around the world on a daily basis.

And although it isn’t an especially exciting stream, the team behind the project is live streaming the laptop up until the auction is over. So if you want to see a Windows XP laptop riddled with malware, check out the website.

Also on the site, Deep Instinct explains the purpose of the art project (because, yes, there apparently is one):

Deep learning is inspired by the brain’s ability to learn. Once a brain learns to identify an object, its identification becomes second nature. Similarly, as Deep Instinct’s artificial deep neural network brain learns to prevent any type of cyber threat, its prediction capabilities become instinctive. The malwares of The Persistence of Chaos have caused over $95 billion dollars’ worth of damage, simply because businesses weren’t prepared for attacks they haven’t seen before.

The auction ends at 6 p.m. ET on Monday, at which point the seller will coordinate shipping with the winner. And if you are worried about someone using this machine for nefarious purposes, the good news is that “the computer’s internet capabilities and available ports will be functionally disabled” when the auction ends.