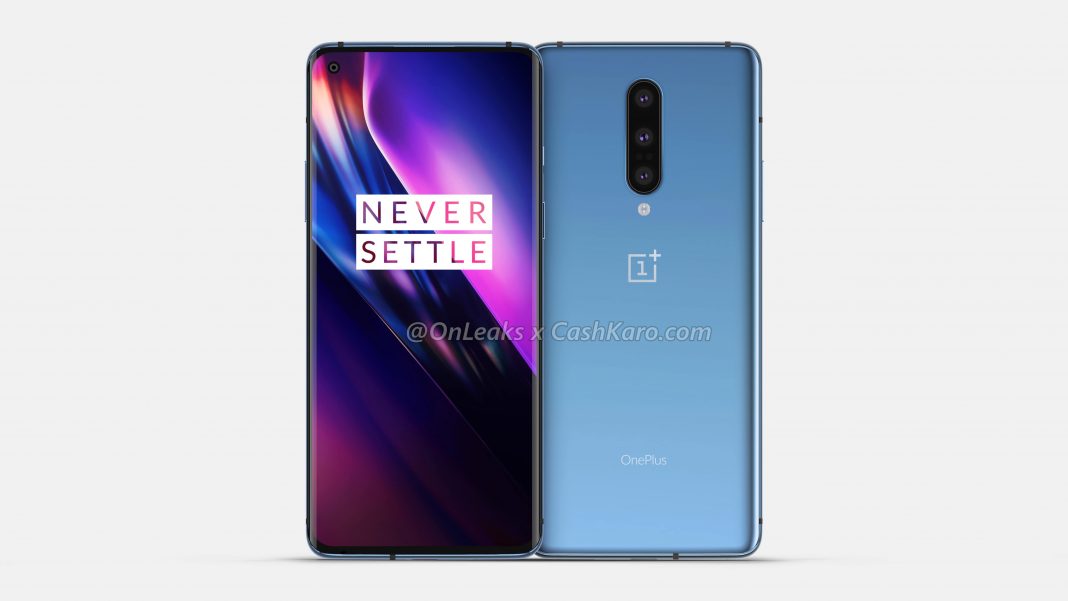 We’re still a few weeks out from the release of the OnePlus 7T, but it’s never too early for the next generation to start leaking. That’s exactly what happened on Thursday, as prolific leaker Steve Hemmerstoffer (@OnLeaks) has teamed up with CashKaro to reveal the first renders of the OnePlus 8, months ahead of its launch.

The site claims that these renders are based on detailed schematics from a company insider, not factory CADs. The implication is that these are therefore more accurate than many other early leaks, but considering how far out we are from the official reveal of the next OnePlus flagship, it’s possible that the design will be altered before launch. That said, when it comes to smartphone leaks, nothing really surprises us anymore.

The two most notable changes are to the front and rear cameras of the OnePlus 8. According to these schematics, the OnePlus 8 will feature a hole-punch front-facing camera rather than a teardrop notch, which was featured on the OnePlus 7 and OnePlus 7T. This would bring OnePlus closer in line with Samsung. As for the rear camera, OnePlus will once again include three lenses, but the design looks nearly identical to that of the OnePlus 7. It seems that the round camera array of the OnePlus 7T hasn’t made the leap to the 2020 phone.

CashKaro says that the flagship phone will measure 160.2 x 72.9 x 8.1mm and feature a 6.5-inch curved display. The OnePlus 8 will also purportedly be the first OnePlus phone to feature wireless charging. Finally, the site notes that the bottom speaker will have a “smoother edge” than what appeared on the OnePlus 7T.

Price, release date, and specifications are still unknown, but if OnePlus sticks to the same schedule in 2020, we can probably expect the OnePlus 8 to be officially unveiled in around April or May.