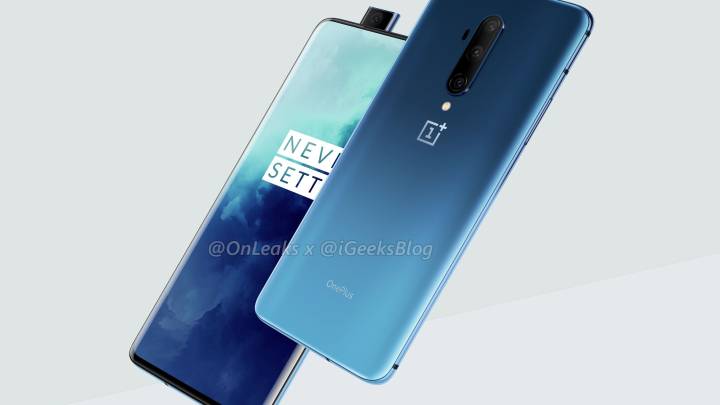 Now that Apple has taken the wraps off its next iPhone, the two notable phones left to be fully unveiled in 2019 are the Pixel 4 and the OnePlus 7T. Both have been the subject of countless leaks over the past few months, but with the OnePlus 7T launch event now set for next week, the time for leaks is finally coming to a close. But because this is the internet, iGeeksBlog took a parting shot by sharing the first OnePlus 7T Pro press image.

This happens to be the second substantial OnePlus 7T leak to originate from Steve Hemmerstoffer (@OnLeaks) in as many weeks, as we learned the purported specs for both the OnePlus 7T and OnePlus 7T Pro last Friday. At the time, the new phones were expected to be announced on October 10th, but days later, OnePlus sent out an invite to press for an event on Thursday, September 26th, where the phones are expected to make their debut.

As previous leaks suggested, the OnePlus 7T Pro appears to very closely mirror that of the OnePlus 7 Pro. In fact, at a glance, it’s virtually impossible to tell the difference. The OnePlus 7T Pro looks to ship with the same vertical triple-camera system, the same pop-up selfie camera, and the same edge-to-edge display.

All of the major differences will be internal, as the OnePlus 7T Pro will reportedly include a Snapdragon 855+ CPU, start at 8GB of RAM, and charge even faster than its predecessor. We will know everything when OnePlus actually announces the new phone during its next big event on September 26th at 10:30 AM ET.