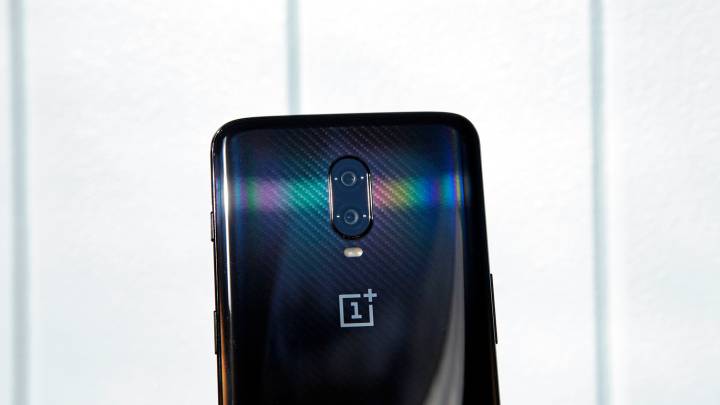 While we do expect OnePlus to release the OnePlus 7 in the first half of the year and the OnePlus 7T in the second part of 2019, the company is expected to do things a little differently this year. We’ll also see a third OnePlus device in some markets this year, and that’s going to be the first 5G phone from OnePlus. It might even be unveiled fairly soon. That said, we still have no idea what these devices will look like, and it seems a bit too early for OnePlus leaks. That said, anything is possible and a questionable leak has emerged that gives us our first look at what may turn out to be the OnePlus 7.

Italian blog Tutto Android found the following image on Twitter from an unknown leaker who claims it is the OnePlus 7:

The leaker has no track record reporting on unreleased devices, and he didn’t explain where he obtained the image from, which makes us question its authenticity.

The image does show a device that has no notch at the top, implying that the phone has a slide-out selfie cam mechanism similar to what we’ve seen from other Chinese smartphone makers. Oppo and Vivo, which are owned by the same conglomerate that owns OnePlus, each launched selfie-slider phones last year, devices that feature all-screen displays with no notches or cutouts. In other words, OnePlus could positively adopt that same design feature in its future devices.

If the phone in the image above seems familiar, that’s because it’s not the first time we’ve seen a purported 2019 OnePlus handset. About a month ago, we saw the following image leak, which shows two devices side by side dressed in protective gear meant to conceal their designs:

The handset on the left side in the image above might be a OnePlus 7 prototype, featuring a slide-out front-facing camera. But we don’t have any details about the handset or any better pictures of it. That doesn’t mean the handset in the newly leaked photo is necessarily the OnePlus 7. Let’s check it out again, a bit larger this time:

There’s one more strange thing about the phone, and that’s the screen orientation. Just look at the home screen, the button placement, and the top bezel which is thicker than the bottom bezel. It almost seems like the home screen is upside down, and it would definitely be a bizarre design choice.