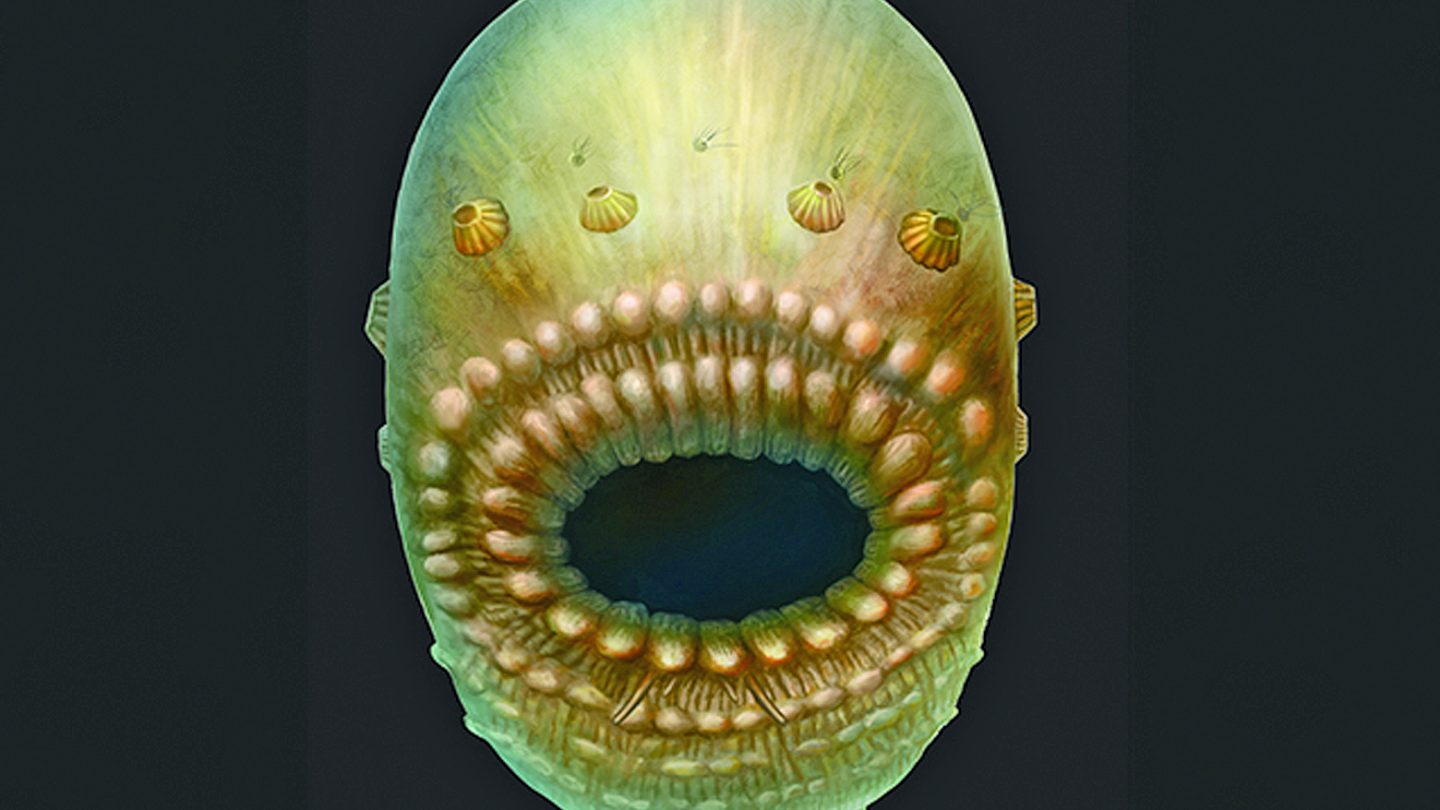 When you think of where you came — in the prehistoric sense at least — you probably imagine cavemen, then primates, or maybe even tiny mammals scurrying about underneath the feet of towering dinosaurs, but if you go back far enough you’ll find that you’re actually related to a creepy balloon-like sea creature called Saccorhytus. Scientists in China just discovered its existence, and it’s helping to paint a clearer picture of humanity’s ancient family tree.

Saccorhytus lived a whopping 540 million years ago, and researchers believe that it is the common ancestor of many species from both the past and present. Scientists think the blob eventually evolved into other sea creatures, fish, and then hundreds of millions of years later, humans.

“Our team has notched up some important discoveries in the past, including the earliest fish and a remarkable variety of other early deuterostomes. Saccorhytus now gives us remarkable insights into the very first stages of the evolution of a group that led to the fish, and ultimately, to us,” Degan Shu, a researcher from Northwestern University said of his team’s discovery.

Despite its giant mouth and bag-like body, the creature would not likely have been very intimidating thanks to the fact that it was only about a millimeter in size. It is believed to have existed on the seabed, hanging out in the sand and not doing a whole lot else. One thing Saccorhytus definitely didn’t do was poop, as its fossils have shown the complete absence of anything resembling an anus.