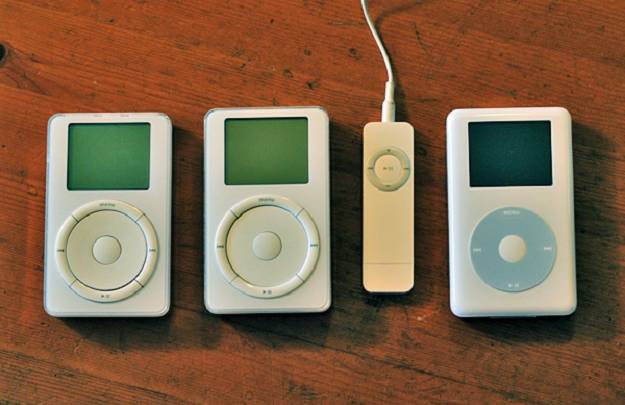 The market for old electronics products is a bit bizarre. While a brand new iMac might set you back about $1,200, trying to get your hands on an original Apple I might set you back as much as $365,000. Much like the market for cars, the most expensive consumer electronics products tend to be either brand new or dreadfully old. Undoubtedly, many people are willing to shell out top dollar in the interest of nostalgia.

While original Apple I computers are nearly impossible to come by, you can still make a pretty penny if you happen to have a drawer somewhere filled with old iPods. Since Apple first entered the music player business nearly 15 years ago, the company has churned out about 25 different iPod models. And if you happen to have a few old iPods lying around, you might want to see if they’re worth anything.

According to a new report from The Guardian, old iPods are joining the ranks of baseball cards insofar that they’re fast becoming pricey collectibles on eBay.

But these are on the low end of the price scale. If you have a special edition, especially if it’s still in its original packaging, you could be looking at much more: Apple’s fourth-generation red-and-black special edition released in partnership with the band U2 are trading for around $7,000, used.

And that’s before you get to the real collectors’ items. A first generation iPod classic – “battery is really good for its age” – is on sale priced at $9,999.99. A second-generation, still-boxed iPod classic – that’s the last version that had the moving wheel – is currently listed for an extraordinary $19,999.99.

Now that’s not to say that sellers are actually getting full-ask on said iPod models, but if you have any iPod models from 2001-2004 tucked away somewhere, you might want to hop on eBay and see what you can get for it. Interestingly, Apple’s original Bondi Blue iMac, originally released in 1998, can be had for as little as $50 on eBay.