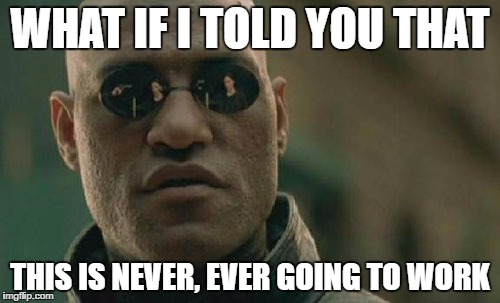 Look, Reddit is great. I spend too much time on it. The cat pics are a good way to balance out the evil inherent in the internet. But as good as its communities can be, it’s an objectively terrible place to train a supercomputer. But that’s what Elon Musk, a car salesman who apparently wants to build the ultimate internet troll, is trying to do.

As MIT Technology Review reports, OpenAI, a Musk-backed non-profit working on machine learning, is training its new supercomputer about conversation using Reddit threads. When the robot apocalypse comes, our only warning will be in doge memes.

OpenAI is using a machine called DGX-1, an Nvidia-designed supercomputer made for deep learning. That’s a version of AI where the computer teaches itself by examining large data sets and learning what goes on. In this instance, OpenAI is trying to teach its machine the art of human conversation, and Reddit threads are the data set.

It’s not the worst idea in the world, at least at the outset. Reddit is a place where people talk informally; the problem with teach robots off news sources is that the writing style is formulaic, and you’d end up with a robot that can only talk in inverse-pyramid structure. Reddit is casual and conversation-based, with lots of questions and replies.

But on the other hand, Reddit can be a cesspit of mild (or not) racism, extreme hate, and generally stuff you don’t want to teach your robot. Remember when Microsoft’s chatbot started becoming racist? I can’t imagine that teaching AI off Reddit will end any better.