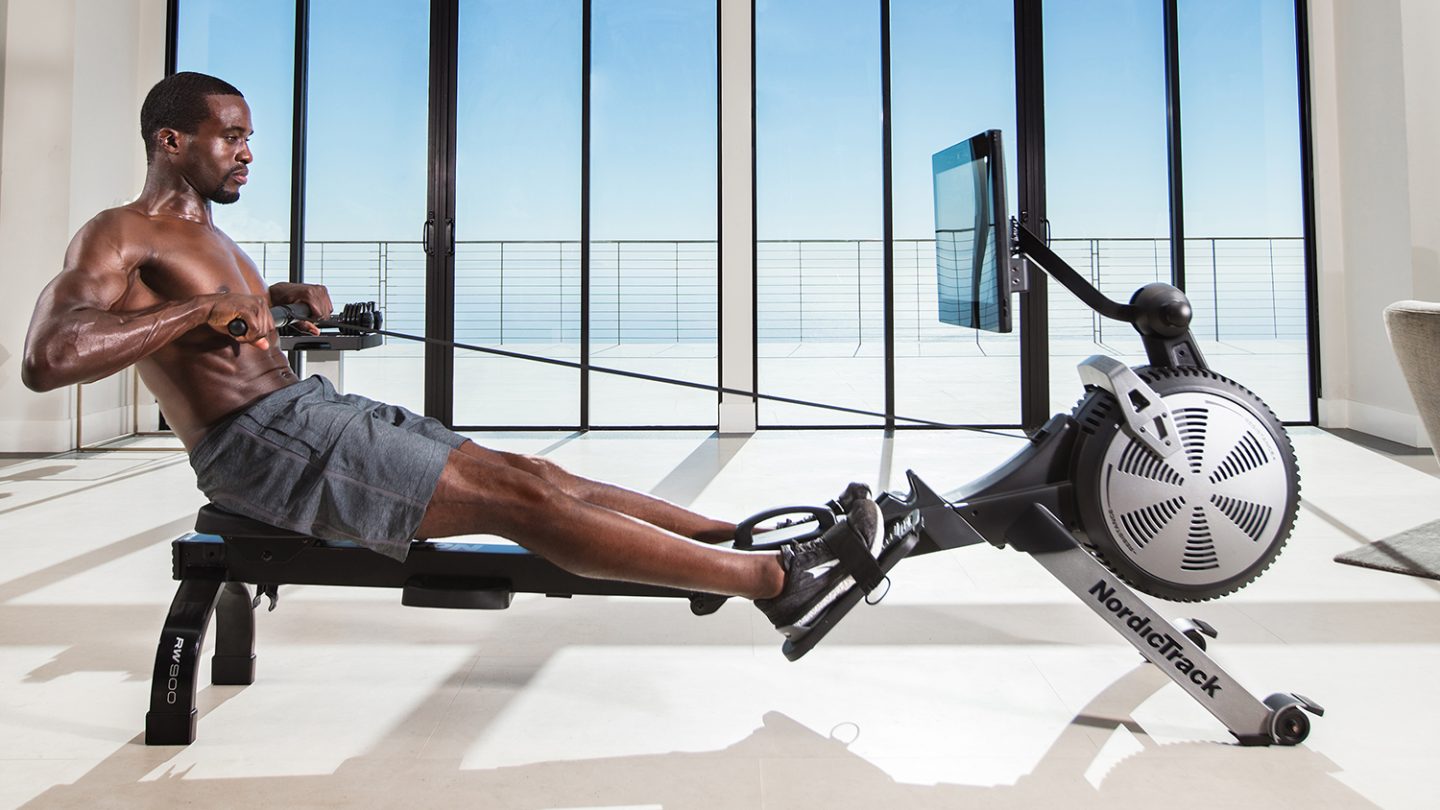 In terms of design and overall quality, Peloton stationary bikes are great… but they’re not really any better than rival workout bikes in the same price range. The reason Peloton is so popular right now has precious little to do with the bike itself, and far more to do with the screen attached to it. A Peloton bike isn’t just a stationary bike, it’s a portal into a world of interactive workouts designed to maximize your results from each session. Leisurely pedaling away on a regular exercise bike while you watch reruns of Everybody Loves Raymond is a good workout. But drenching your clothes in sweat while a trainer on your Peloton screen pushes you to the limit is a much, much better workout.

That’s the idea behind the NordicTrack RW900 Rower, a fantastic modern rowing machine that I have been testing for a little over a month now. It includes all the features you might want in a high-end rower, plus a huge 22-inch touchscreen display that is a gateway to 30 built-in workouts as well as hundreds of additional interactive workouts that are available courtesy of iFit integration. But that’s just the tip of the iceberg.

Why are gym memberships and personal trainers so popular? After all, people would save tons of money over time if they just bought some workout gear and exercised at home. The simple fact of the matter is that exercising in a public setting, especially with a trainer, drives most people to work out harder. You’ll never burn as many calories at home alone as you will with a trainer doing everything he or she can to push you to your limit.

The idea behind the NordicTrack RW900 and similar interactive exercise machines is to bring that type of experience into your home. With the RW900 Rower specifically, you get 30 built-in workouts led by coaches who talk you through each phase as you virtually row along dozens of different bodies of water around the world. On top of that, the machine connects you to iFit Coach, a service that gives you access to tons of interactive workouts that are either live or available on-demand. And when I say “interactive,” I mean truly interactive. You don’t just watch the screen and try to follow along with the trainer, the RW900’s magnetic resistance will actually increase and decrease automatically as the instructor goes through his or her workout. It’s fantastic, and it means you can focus on giving it your all instead of constantly breaking your rhythm to increase or decrease the rower’s resistance. 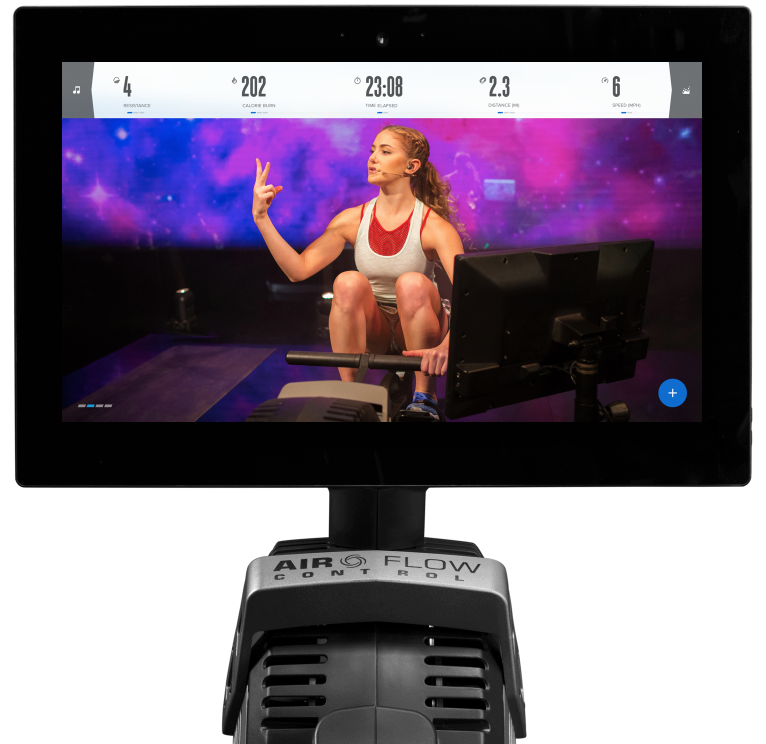 The interactive features of the RW900 Rower are clearly the biggest selling point, but sometimes you’re in the mood for a more relaxing row. After all, rowing is one of the best cardio workouts you can do. It’s lower impact than running and burns far more calories, plus it hits just about every muscle group and is a great core workout. So when you’re not in the mood for an intense interactive workout, a few taps on the 22-inch display set you up with a manual workout, where you can row at your own pace for however long you’d like. Or, if you really want to shut off your brain and watch Everybody Loves Raymond reruns while you row, you can rotate the screen 90° in either direction for an unobstructed view of your TV. There is an HDMI port on back of the RW900’s display, but it’s an HDMI out rather than an input so you can’t connect a different video source.

It’s easy to fixate on the giant touchscreen and all the cool, interactive features that come along with it, but the RW900 Rower is also a fantastic premium rowing machine without all of those extra features. It’s incredibly well-built and has a foldable design so it can easily be stowed out of the way. It’s also remarkably smooth, the ergonomic cushioned seat is comfortable, the “Quick-Adjust” pedal system makes it great for multiple users, and it has 10 different levels of manual air resistance in addition to 26 levels of silent magnetic resistance that adjust digitally. 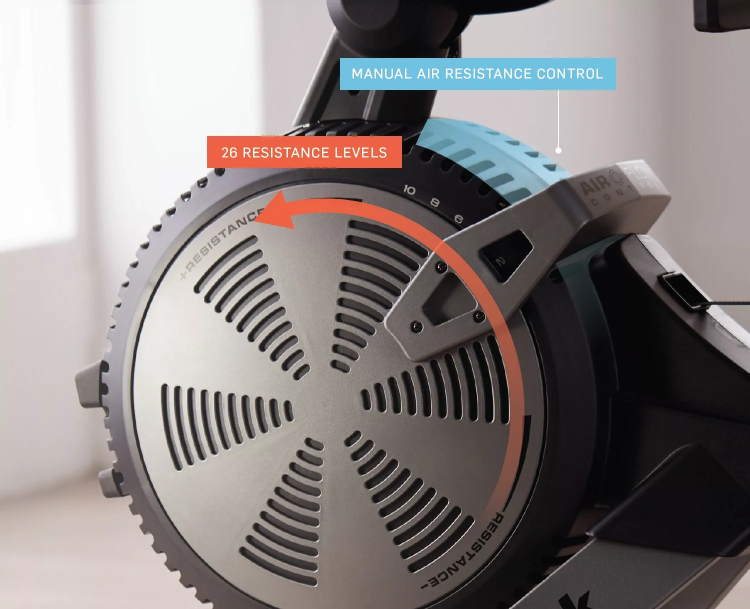 The RW900 is as quiet a rower as I’ve ever used, which is great for focusing on the interactive training sessions — or on Everybody Loves Raymond, if you must. The only real downsides I’ve found so far are the fact that the HDMI port can’t be used as an HDMI in, and the fact that the RW900 is only rated for a maximum weight capacity of 250 lbs. Most comparable rowers are rated for at least 300 lbs, but heavier people won’t be able to count the RW900 among their options when shopping for a new rower.

With a retail price of $1,999, the RW900 is not cheap. Even with the sale price of $1,599 on the NordicTrack website that doesn’t seem to be going away anytime soon, the RW900 Rower is still among the priciest options in its class. But thanks to the build quality and all of the awesome interactive features brought to life by that great big touchscreen display, it’s worth every penny.

The NordicTrack RW900 Rower combines a fantastic design with modern technology to deliver the best interactive rowing workout I have ever experienced. It is undoubtedly my new favorite exercise machine. As a matter of fact, I haven’t touched my stationary bike or treadmill a single time since NordicTrack sent me an RW900 to test more than a month ago.

Here’s a quick video of the NordicTrack RW900 Rower in action: