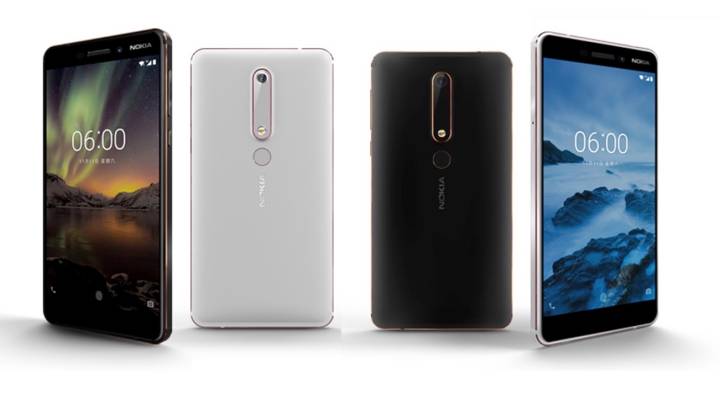 The Nokia 6 was HMD Global’s first Nokia-branded phone last year, and the company who owns the license for the Nokia brand released a second-generation Nokia 6 version earlier this year, at MWC. That phone version, which HMD now calls Nokia 6.1, will be available in the US this Sunday from Best Buy and Amazon.

Just like its predecessor, the Nokia 6.1 is a mid-range device that’s quite affordable — it’ll be priced at $269 unlocked which isn’t a bad deal for a well-built phone running a pure Android OS version.

The phone is made of aluminum 6000 series, and the 2.5D display is protected by Corning Gorilla Glass.

The Nokia 6.1 packs a 5.5-inch Full HD IPS display Qualcomm Snapdragon 630 processor, up to 4GB of RAM, up to 64GB of storage, microSD support 16-megapixel Zeiss-branded camera, 8-megapixel selfie camera, rear-facing fingerprint sensor, USB-C port with fast charging support, and 3,000 mAh battery. The handset is supposedly 60% faster than its predecessor and comes with Android Oreo. On top of that, the phone is part of Google’s Android One-branded phones, which means it’s supposed to get timely Android updates and security updates in the years to come.

Other highlights include Nokia’s new “Bothie” selfie mode that lets you take pictures with both the front-facing and rear cameras at the same time, a trick we’ve previously seen on Samsung handsets. Furthermore, the handset comes with face unlock support, albeit it’s not the 3D facial recognition kind, like the iPhone.

The phone will be available in black with copper accents from both Best Buy and Amazon.