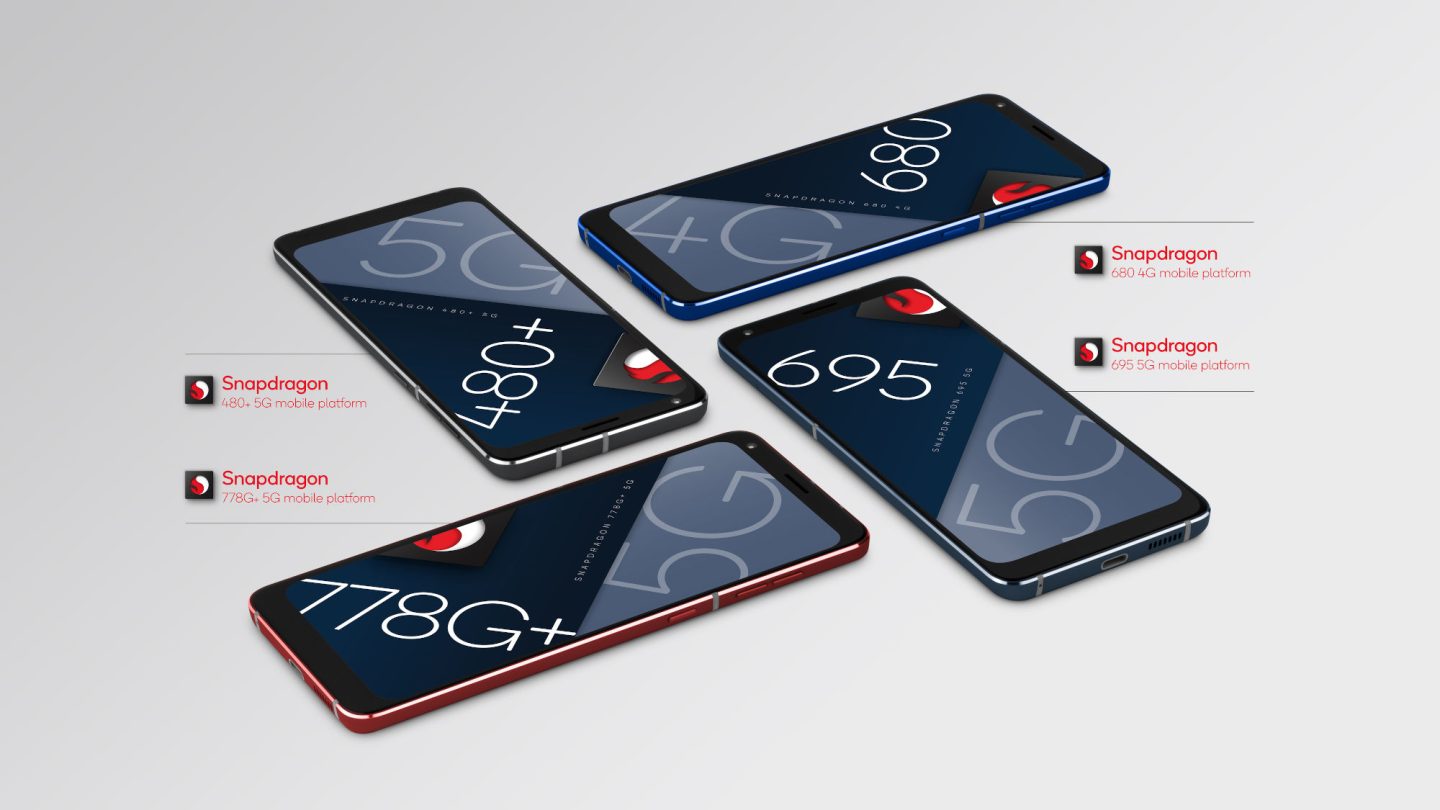 Over the past few years, premium phones have gotten increasingly expensive. The Snapdragon 888, Qualcomm’s highest-performance chip to date, is really only found in devices that approach $1,000. But the result of that is that there’s more demand for mid-range phones, and Qualcomm wants to power those phones too. The company has launched four new mobile platforms, in the 4-series, 6-series, and 7-series.

The Snapdragon 480 Plus, 680, 695, and 778 Plus, are built to power the next generation of mid-range and premium mid-range phones. According to Qualcomm, mid-range phones are expected to power the adoption of 5G, especially in emerging regions. To that end, three of the four new platforms support 5G. Here’s a rundown of the chips and what they have to offer.

The Snapdragon 680 is the only platform Qualcomm announced to not support 5G, and it’s aimed more at emerging markets, that don’t have built-out 5G networks yet. The platform offers Qualcomm’s triple ISP tech for concurrent images, along with a Kryo 265 CPU, Adreno 610 GPU, and Snapdragon X11 LTE modem.

The previous-gen Snapdragon 678 was featured in phones like the Moto G Stylus and Redmi Note 10. We expect the Snapdragon 680 to be included in phones around the $300 mark.

Next up is the Snapdragon 695, which not only supports 5G, but it supports both Sub-6 and mmWave networks. That means that you should get decent speeds around the country, thanks to the built-in Snapdragon X51 5G modem.

The platform should offer decent performance too. You’ll get the Kryo 660 CPU, which delivers a 15% performance boost over the previous-generation Snapdragon 690. That’s coupled with the Adreno 619 GPU.

The Snapdragon 695 will likely feature in slightly higher-end mid-range phones, with the Snapdragon 690 being included in phones like the OnePlus Nord N10, TCL 20, and more.

Phones that came with the original Snapdragon 778 include the likes of the Samsung Galaxy A52s, Xiaomi 11, and so on.