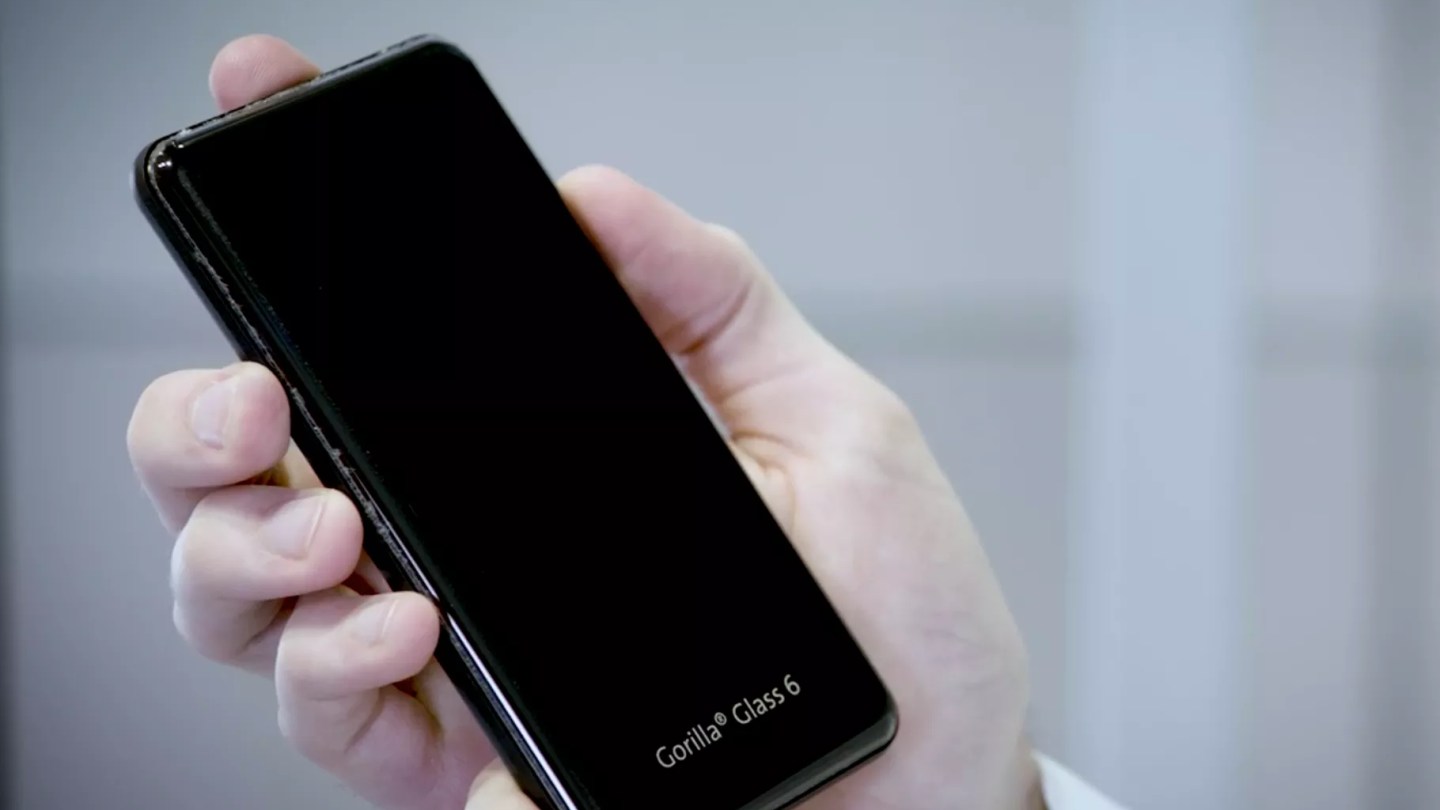 Since the very first iPhone, Apple has used specially-formulated Gorilla Glass from Corning, turning the niche glass manufacturer into a household name along the way. Corning specializes in using chemistry trickery to produce ever-more-durable versions of glass that can take impressive punishement, and in a press release today, Corning has announced that it’s debuting its most durable version yet.

Gorilla Glass 6 is the first new formulation from Corning in two years, and it’s also a step in a slightly new direction for the company. In the past, the emphasis for smartphone displays has been scratch resistance, as early phone screens were prone to scratches from keys and whatever other junk you have in your pocket. But with phones getting bigger and harder to hold, drop resistance is the new priority, and that’s what Gorilla Glass 6 has been engineered for.

“Gorilla Glass 6 is an entirely new glass composition that can be chemically strengthened to give it significantly higher levels of compression than is possible with Gorilla Glass 5. This enables Gorilla Glass 6 to be more resistant to damage,” Dr. Jaymin Amin, vice president of technology and product development, said in a press release. “Moreover, with breaks during drops being a probabilistic event, the added compression helps increase, on average, the likelihood of survival through multiple drop events.”