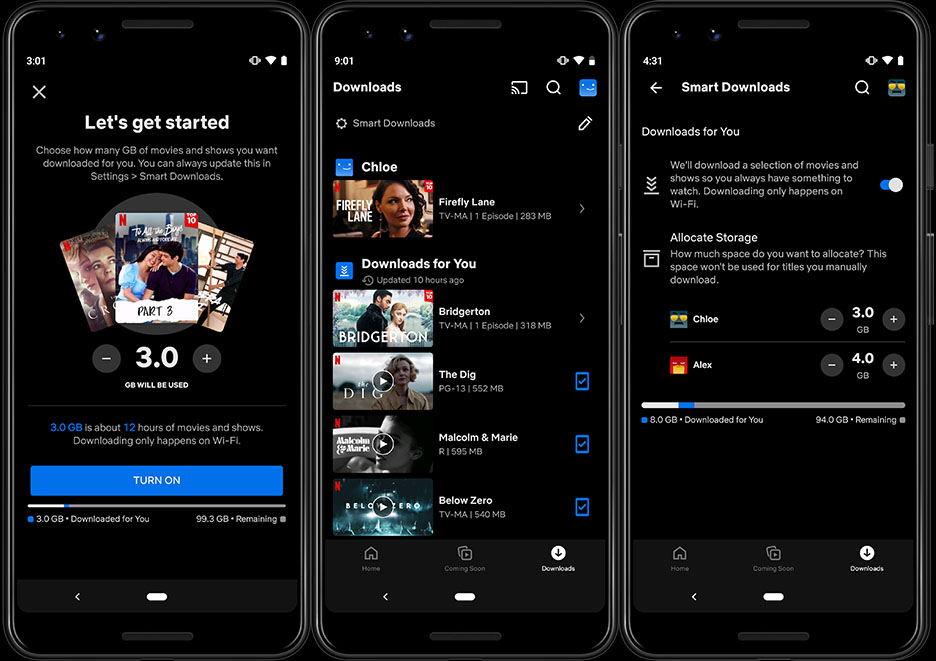 Netflix is facing more competition than ever with the recent launches of , Disney+, and +, but with so much content and new shows and movies arriving every week, the biggest streaming service in the world isn’t at risk of losing its top spot any time soon. As a result, the company has had more time to focus on new features and quality-of-life updates, and the latest is actually an upgrade to an old feature you might have missed.

On Monday, Netflix announced a feature called Downloads For You, which “automatically downloads recommended shows or movies to your mobile device based on your tastes.” If you choose to turn the mobile feature on, Netflix will download shows and movies that it thinks you might like based on your viewing habits so that you will never have to worry about hopping on a subway, a train, or a plane without anything new to watch again.

If this sounds familiar, it’s probably because you remember when Netflix rolled out Smart Downloads a few years ago. The difference between Smart Downloads and Downloads For You is that Smart Downloads only apply to shows that you were already watching. The point of the feature was to ensure that you always had more unwatched episodes of shows you were working through to watch whenever you left the house.

Downloads For You works the same way, but with shows and movies that you haven’t started yet. As Netflix explains on its blog, you can toggle the Downloads For You feature from the Downloads tab in the app on your phone or tablet. Once you turn it on, you can choose the amount of space you want to allocate for the feature. You can pick between 1GB, 3GB, or 5GB, and the higher the number, the more content Netflix will download.

The feature is available globally on Android devices as of Monday, February 22nd, so if you have the Netflix app on your Android phone or tablet, you should be able to use the feature right away. Netflix also plans to test Downloads For You on iOS soon, so iPhone and iPad owners shouldn’t have to wait too long to join in.