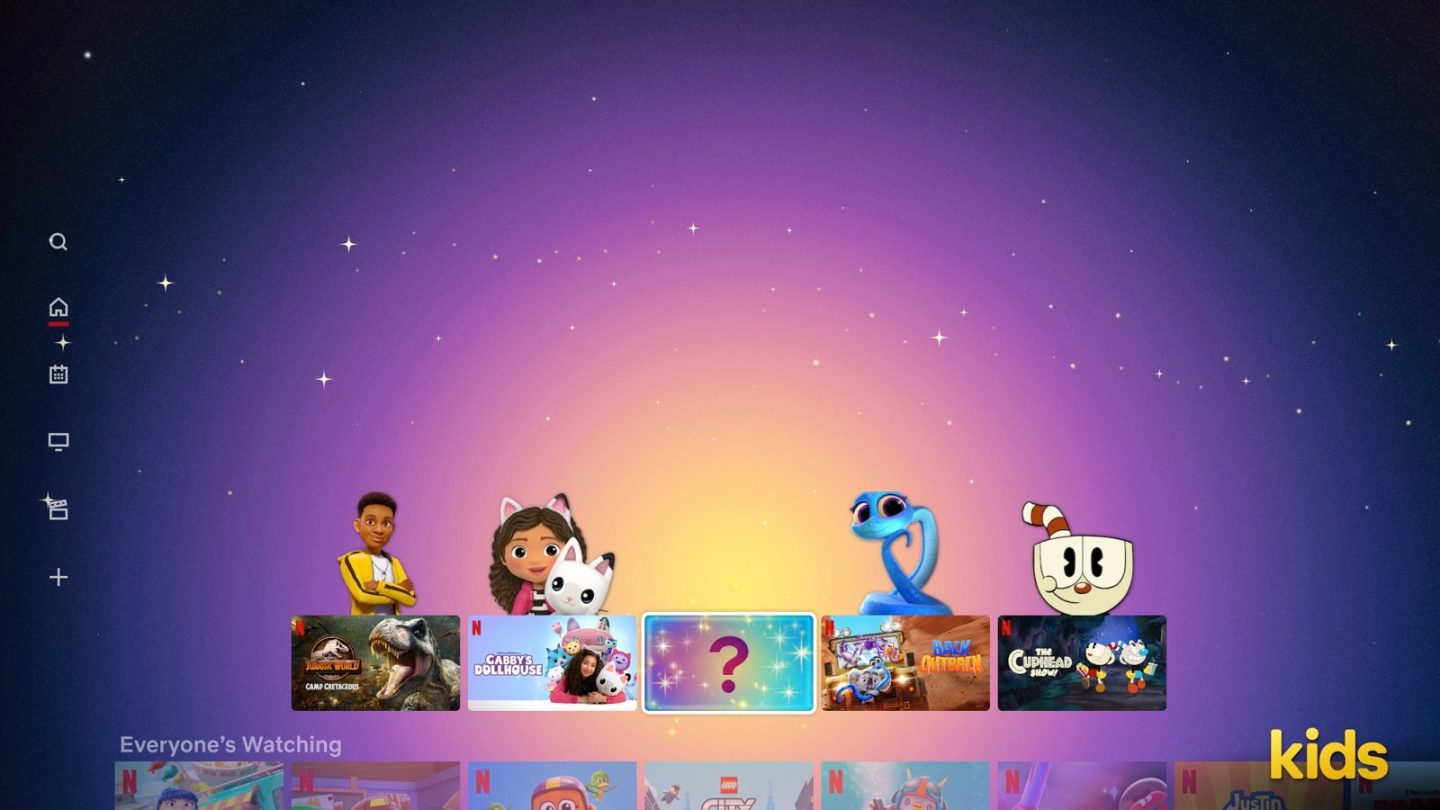 We’ve all been there, we’ve all loved playing the same cartoons on repeat as kids, without realizing how tedious the experience can be for parents who also have to watch the same thing over and over. But kids right now grow up with a different TV experience. Parents have more control over the shows playing on repeat thanks to a variety of streaming services. And that’s where Netflix’s new Mystery Box might come in handy, especially for parents dying to try something new.

What is Netflix Mystery Box?

As you might have guessed, Mystery Box is a new Netflix feature that targets children. It’s a variation of the Play Something button that you get on adult profiles on Netflix. But Mystery Box focuses on surfacing new shows for kids. It comes with an interface change, as seen in these screenshots.

The Netflix kids profile gets a new Favorites Row at the top of the homepage. Netflix explains the row is character-driven “to more easily and vividly connect them with the characters.” That means each of the five shows in the row features one of the main characters of the TV show or movie, on top of the regular image from Netflix’s carousel.

Netflix placed five titles in the Favorites Row, and that’s where you’ll find the Mystery Box. It’s a box with a question mark, as seen in the top image. Hover on top of it, and it’ll reveal the suggestion of the day.

The New For You box title will reveal itself, matching the design of the Favorites Row. The new show will get the same user interface, focusing on a character from the Mystery Box title. Here’s an example:

How to enable the new kids profile feature?

However, it’s unclear from the announcement whether the Mystery Box will also appear on other devices where parents might play Netflix content.

The challenge now is to have your kids actually care about that box with a question mark in it more than their favorite shows that appear next to it.

As for the content that will populate the Mystery Box, Netflix doesn’t explain what kind of shows to expect. They’ll still be kids-friendly titles, as the feature is only available on kids profiles. Netflix confirms that. The company says the Mystery Box feature will “provide a fun and safe space for kids to discover their next favorite series and films or reconnect with a familiar face.” Its algorithms will be responsible for pulling off the mystery magic.