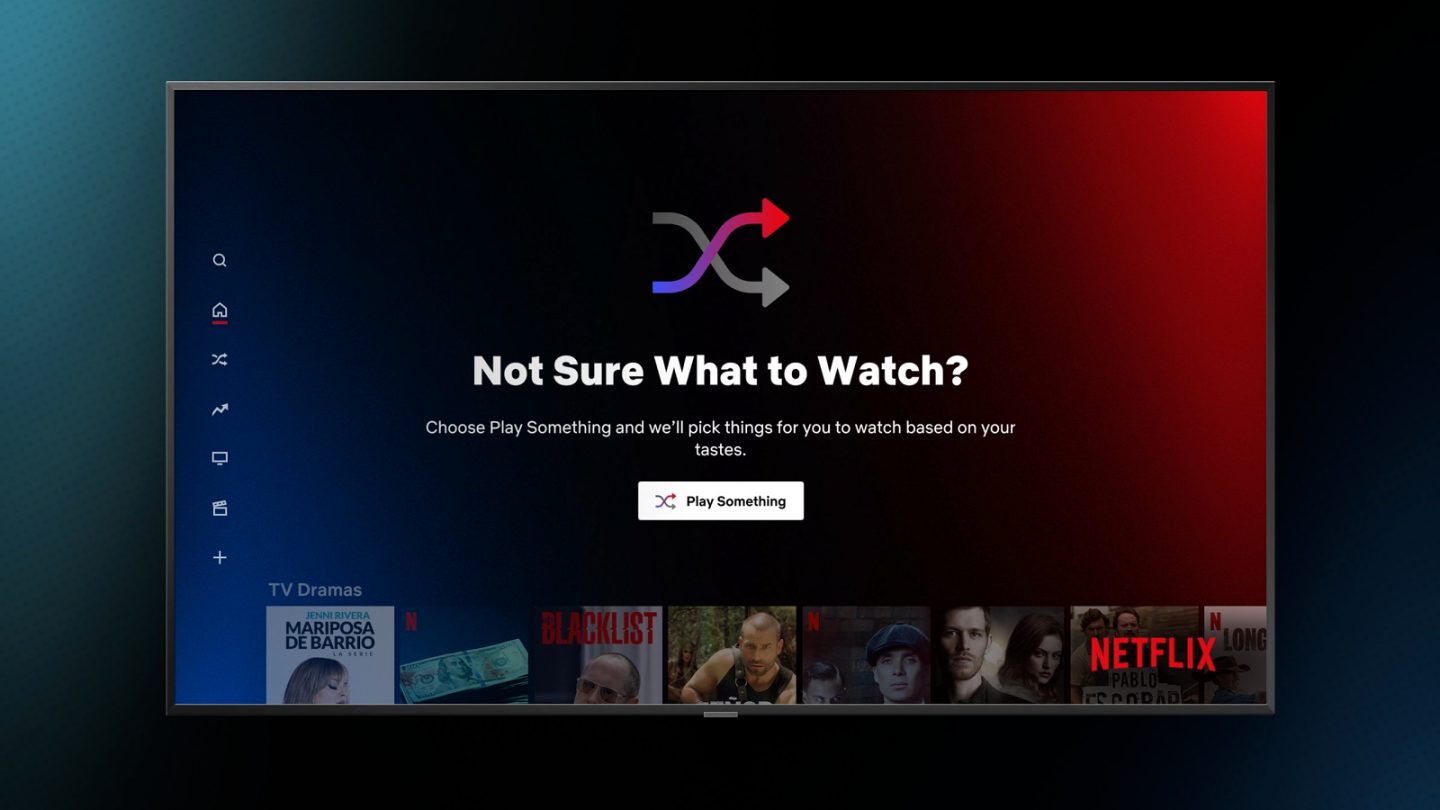 It’s become something of a cliche at this point, but many of us are still just as likely to spend thirty minutes scrolling through the home screen on Netflix as we are to spend those thirty minutes watching an episode of a TV show. Even as Netflix continues bleeding licensed content as Disney, NBC, and more take back properties for their own streaming services, there is still an overwhelming amount of content on Netflix, which is why subscribers will be excited to see a new feature launching today that takes the decision-making process out of their hands.

On Wednesday, Netflix is adding a new feature on TV devices called “Play Something,” which should help to take the stress out of finding your next show or movie. This feature has been in testing for quite some time, and has gone by a few different names (including “Shuffle”), but Netflix landed on Play Something for its launch.

There are a few ways to find the Play Something feature from the Netflix app on your TV. It will appear underneath your profile name, in the navigation menu on the left side of the screen, and in the tenth row of the Netflix homepage. When you hit the Play Something button, Netflix will immediately start playing a movie or a TV series you have never seen before that it thinks you might enjoy based on your tastes.

If you don’t want to watch whatever Netflix picks, you can hit Play Something Else, at which point you could be thrown back into a show that you’ve never finished, start a show on your list you’d been meaning to watch, be presented with the next episode of a show you’re currently watching, or get another new movie or show.

Netflix also notes that Play Something fully supports Text-to-Speech, so if you use a screen reader to interact with the streaming service, you’ll be able to shuffle through content to your heart’s content as well.

Considering just how long Netflix has been around and how much content the streaming service contains, it’s kind of shocking that it took this long to get an official shuffle feature, but better late than never. You can only use the feature on your TV for now, but Netflix plans to bring Play Something to mobile devices down the line.

Meanwhile, if you like to have control over what you watch, Netflix just recently released its list of new releases for the month of May. It isn’t the most exciting month for new releases, but there are some interesting additions, including an animated movie called The Mitchells vs. The Machines (from the producers of Spider-Man: Into the Spider-Verse), and Zack Snyder’s first movie after Justice League, Army of the Dead.