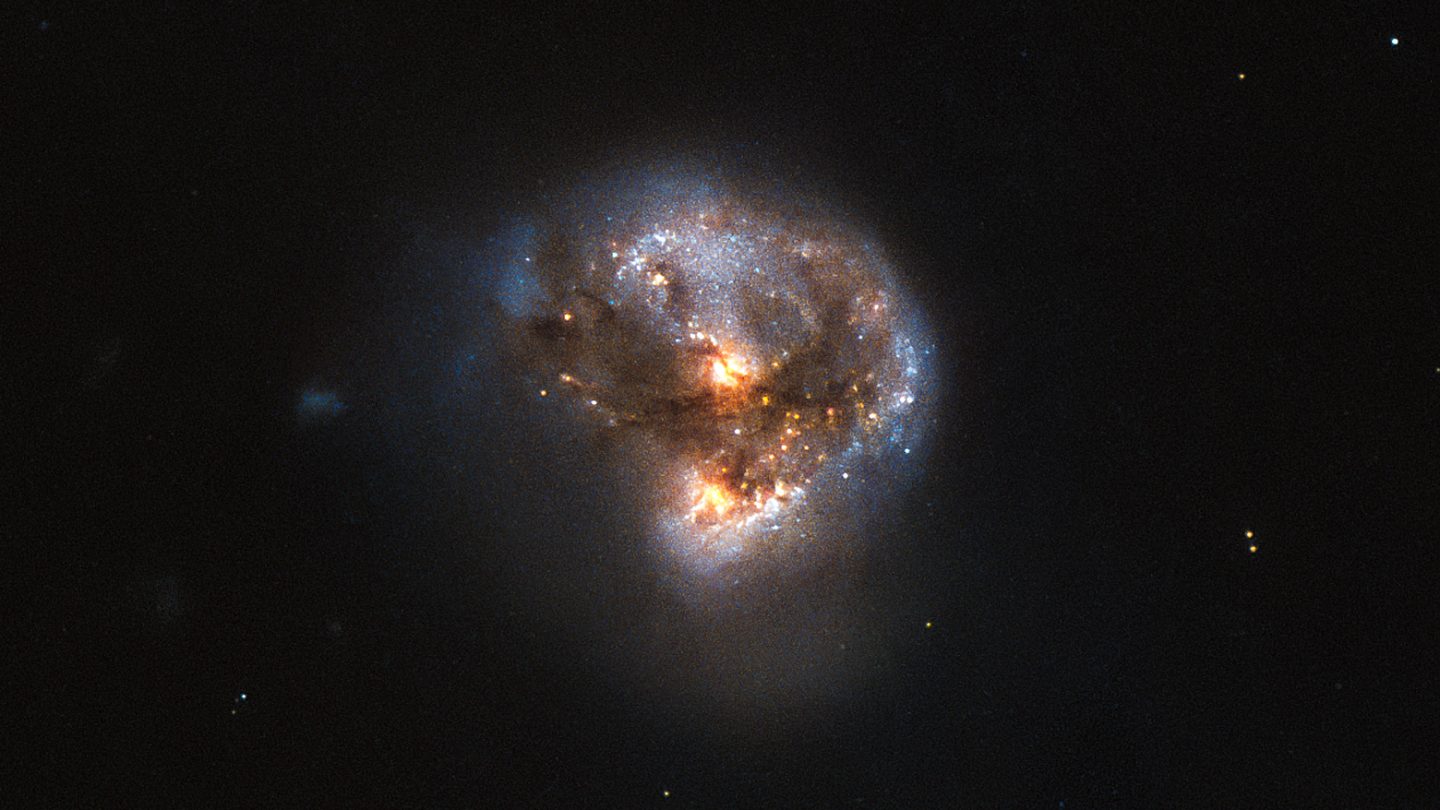 The absolutely stunning photo you see above isn’t an explosion from the most recent Star Wars flick, though it could probably pass for one. That huge mess of color, light, and dust is actually a galaxy. But it’s not just any galaxy, it’s a megamaser, and NASA’s aging Hubble Space Telescope recently captured it in all its glory.

The galaxy is called IRAS 16399-0937, and while that name might leave something to be desired, the galaxy’s excitable personality more than makes up for it. Unlike many galaxies including our own, this little beauty is in a highly energetic state that allows it to amplify specific wavelengths. In the case of a maser, or more specific to IRAS 16399-0937, a megamaser, the wavelengths spilling out from all directions are microwaves.

While the photo you see is calm and eye-catching, the galaxy itself is actually extremely active, and because we’re talking about microwaves here, it wouldn’t necessarily look the same to the naked eye. The Hubble telescope was able to capture the volatile galaxy using its various onboard cameras, and those individual snapshots were then combined to create the final image.

IRAS 16399-0937 is more than a stone’s throw away, and we’re over 370 million light-years from even being in the neighborhood. But even that distance pales in comparison to the size of the galaxy itself, and researchers estimate that the distance between two main sections is over 11,000 light-years on its own. But our distant vantage point is a good thing, as the beauty of a microwave-spitting megamaser is most definitely best appreciated from afar.