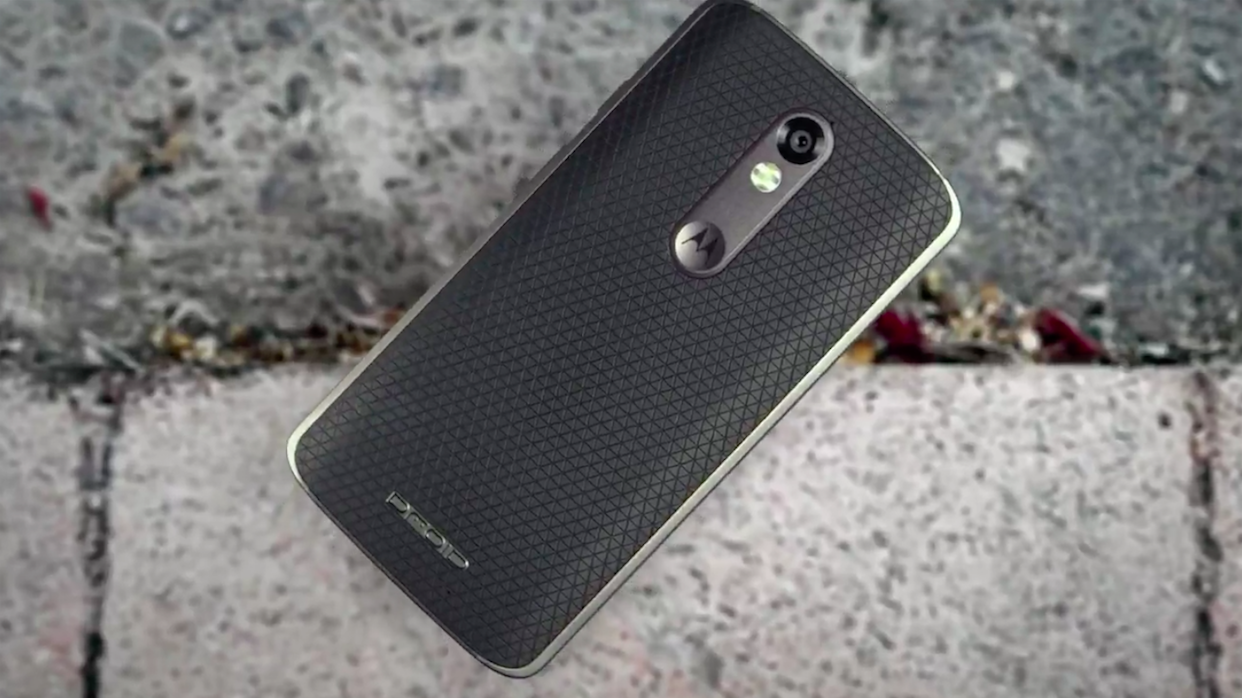 There are drop tests and then there are drop tests. The team at UnlockRiver.com this year decided to take Motorola’s claim that its Droid Turbo 2 is the first smartphone ever to have a “shatterproof” display and put it to the ultimate test by dropping it from more than 900 feet in the air. Essentially, the team attached the device to an aerial drone, had it fly way up in the air and then let it drop. The results may even be surprising to Motorola’s own engineers.

Not only did the phone’s display not shatter when it landed from its drop but the phone itself was also was still fully functioning. As you can see in the photo below, there was some damage to the the device’s upper-left hand corner but overall it was still responsive to touch input.

In the past, the team at UnlockRiver.com has performed similar ultimate drop tests on other devices, including the Galaxy Note 5 and the iPhone 6s, and they haven’t come out of it nearly as well.

The Droid Turbo 2 uses an aluminum chassis to create a durable foundation, then it adds both interior and exterior lenses as well as a dual touch layer over the device’s AMOLED display. Given all these layers of protection, its display has proven very hard to crack so far and this latest test suggests you’ll need to shoot it point blank with an anti-aircraft gun to really do some damage.

Check out the full drop test video below.