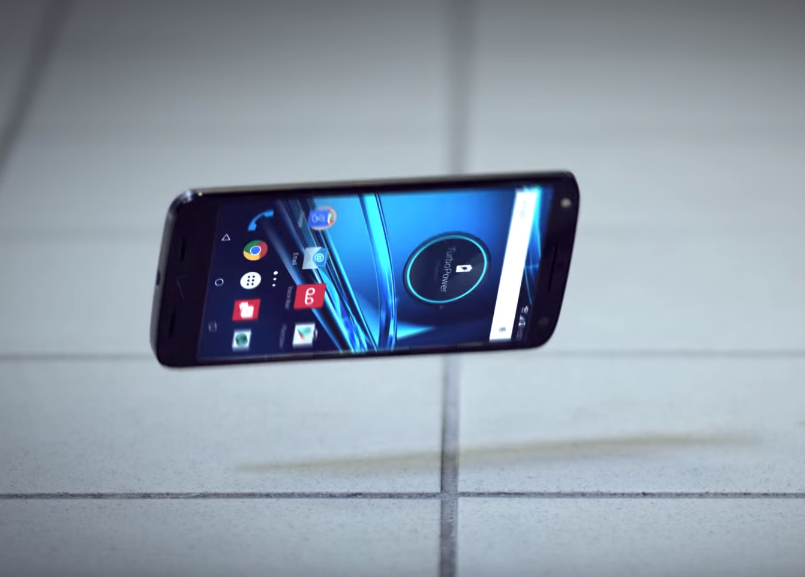 You know what’s the worst? Dropping your smartphone and having its display shatter. I’ve seen this happen to countless friends’ devices over the years and it doesn’t seem to matter how strong Corning makes its Gorilla Glass. The iPhone in particular seems to suffer from easily cracked displays, although I’ve seen plenty of cracked Android phones out in the wild as well. That’s why I really hope that Apple and every other smartphone vendor out there at least considers stealing the Droid Turbo 2’s best new feature: Its shatterproof display.

MUST READ: As a longtime Android user, here are my 3 early gripes about the iPhone 6s

We’ve heard plenty of companies boast about how tough their smartphones’ displays are in recent years, but Motorola has developed a display that has a five-layer system of protection that it promises will make it truly shatterproof. Current Analysis analyst Avi Greengart has spent some time with the device and he says it’s absolutely the real deal and has survived drops onto “wood, concrete, tile, and granite.”

In the following video, Motorola explains how it made this happen.

Basically, it uses an aluminum chassis to create a durable foundation, then it adds both interior and exterior lenses as well as a dual touch layer over the device’s AMOLED display. Taken all together, you have a device whose display will be very tough to crack.

Whether it’s feasible for Apple and other smartphone manufacturers to use this technology is another matter entirely. Apple in particular loves to produce slender little devices and the extra layers required for the Droid Turbo 2’s Moto ShatterShield might require too many trade offs.

All the same, this is an extremely impressive piece of innovation and if other smartphone manufacturers managed to come up with something similar for their devices, we can’t imagine complaining.