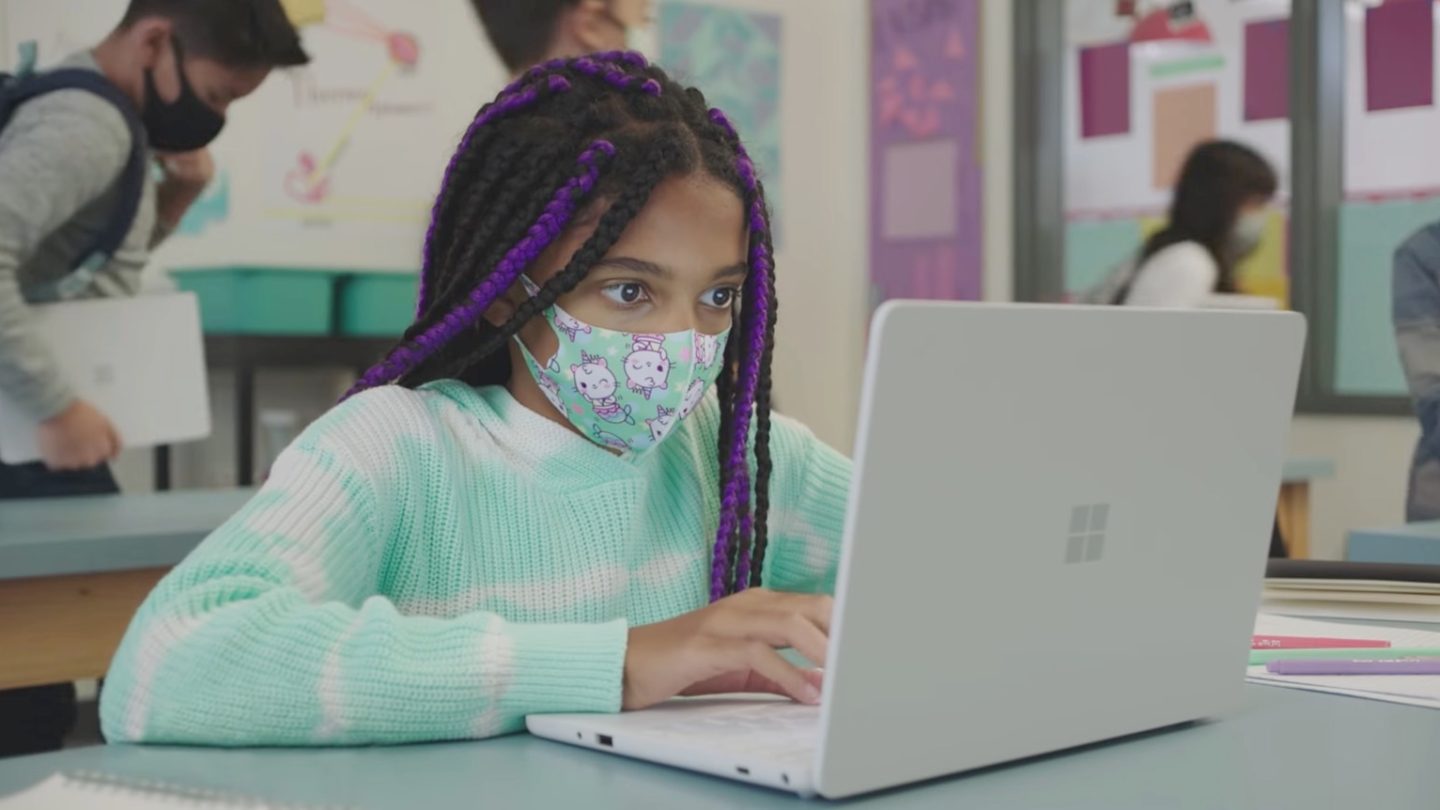 Microsoft hosted a big Surface event in mid-September where it unveiled all the new Surface devices coming out this holiday season. The brand new Surface Laptop Studio flagship, the Surface Pro 8, and the new affordable Surface Go 3 are each suited for different budgets. The Surface Go 3 was the cheapest Surface device unveiled at the event, starting at $399. But it turns out that Microsoft has an even more affordable Windows 11 offering on the way — one that will compete against Google’s Chromebooks. It’s the $249 Surface Laptop SE that will run Windows 11 SE.

Chromebooks have become quite popular with schools in recent years. The pandemic further emphasized the need for affordable computers to serve students both at school and at home. Hybrid learning is something most people students have experienced by now, and it hinges on students and teachers being able to interact via video chat apps. And Microsoft offers these types of Windows customers more affordable Surface hardware for all their school-related computing needs.

Microsoft unveiled the Surface Laptop SE on Tuesday, alongside the Windows 11 SE OS that runs on these machines. The device’s attractive price is the first thing that will impress. A $249 PC that can run Windows 11 is an exciting proposition. But the Surface Laptop SE will only be available to commercial EDU customers, Microsoft explained. Shipping starts early next year in the US, Canada, UK, and Japan.

For that price, you get an 11.6-inch laptop that makes some compromises when it comes to build quality and specs. The laptop has a plastic case and features more affordable components. You get an Intel Celeron chip, 4GB of RAM, and 64GB of storage. A 3.5mm jack and several ports are also included in the package. Battery life, meanwhile, sits at 16 hours, according to Microsoft.

As expected, Surface Laptop SE runs a special Windows 11 version that’s optimized for schools. As you might have guessed, that means plenty of built-in software solutions from Microsoft. But education customers looking at Windows alternatives to Chromebooks are probably considering Microsoft’s own software.

Microsoft explains in a different blog post that Windows 11 SE is optimized for education, whether it includes an internet connection or not. The Microsoft 365 suite will work both online and offline, including apps like Word, PowerPoint, OneNote, and OneDrive. The latter stores files locally, so students have access to them immediately.

Other Windows 11 SE apps include Microsoft Edge, which will support extensions that are critical in the classroom. Microsoft Teams, Minecraft for Education, and Flipgrid are also part of the Windows 11 SE experience you’ll find on the Surface Laptop SE. The OS will support third-party apps like Zoom and Chrome, which are popular with schools. But Windows 11 SE won’t come with the Microsoft Store preinstalled.

Windows 11 will notice a few changes in Windows 11 SE. The school-centric OS has a new wallpaper and lacks support for widgets. Apps launch in fullscreen mode, and the Snap Layouts offer simpler choices for resizing windows.