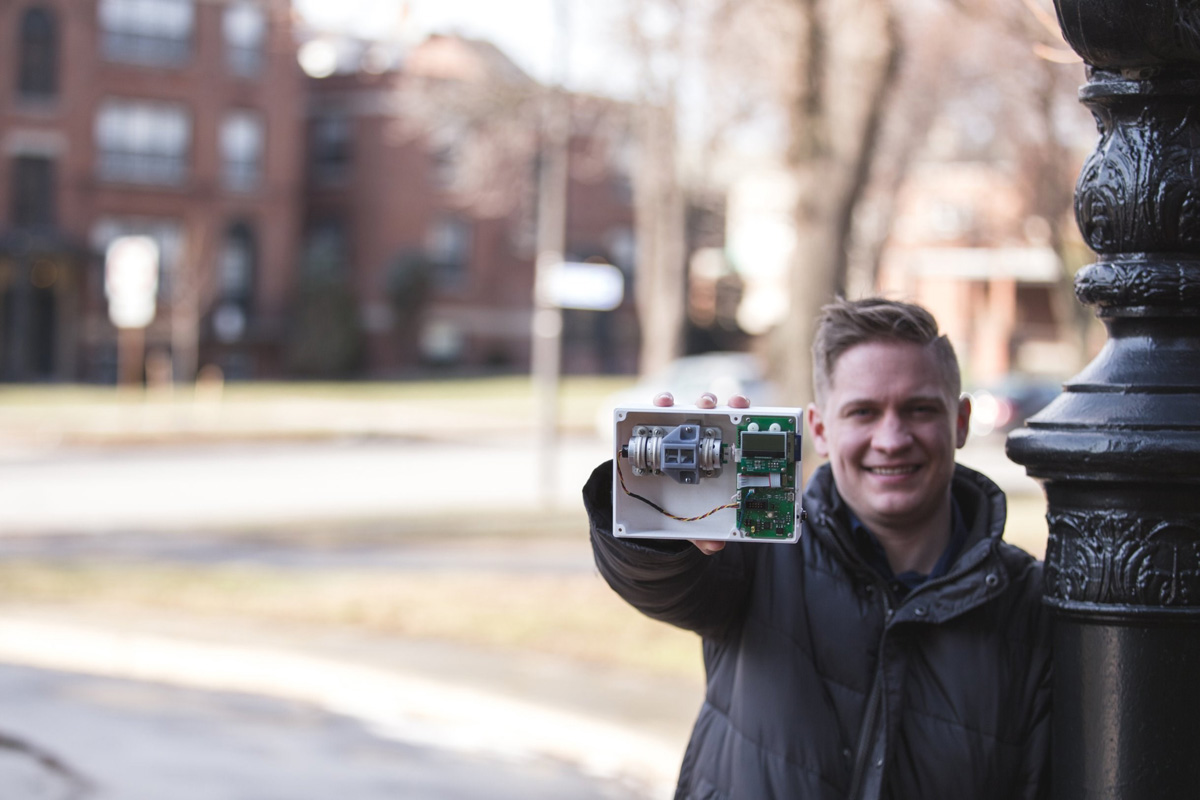 Malaria is one of the deadliest diseases in the world. According to the World Health Organization, an estimated 438,000 people died from malaria in 2015 alone, and the disease continues to spread at an alarming pace. Sub-Saharan Africa is the most widely impacted region by a huge margin, where mosquitoes carrying the disease swarm in densely populated areas. But the worst part about the disease is how curable it is — as long as it is diagnosed early enough.

Nearly 200 million people are affected by malaria each year according to the WHO. Though deadly, the disease is preventable and curable as long as it is diagnosed early enough for medical treatment to begin. New developments are constantly being made on that front, but the latest breakthrough device could be a complete game-changer in the fight against the deadly disease.

John Lewandowski is a PhD student at MIT, where he invented a groundbreaking new device that could have a dramatic impact on the way heath care professionals combat malaria. His creation is called the RAM, which stands for Rapid Assessment of Malaria, and it’s a small box capable of diagnosing malaria accurately in just 5 seconds.

“Early detection is very important, typically in the first five to seven days before symptoms arise, so that treatment can begin,” the 26-year-old scientist recently told CNNMoney.

There are currently two ways to diagnose the deadly disease, both requiring blood analysis. A blood sample can be analyzed by human eyes under a microscope in order to determine whether or not the parasite is present, or a diagnostic test can be used. The latter is preferential, especially in the field, but the current crop of devices often have difficulty detecting early-stage infections.

With a single drop of blood, Lewandowski’s RAM device can accurately detect the presence of malaria using Magneto-Optical Detection as early as a week before symptoms even present themselves. Like a pregnancy test, the RAM analyzes the sample and returns either a positive or negative response.

As impressive as the technology itself is the cost to build Lewandowski’s creation, which is assembled from parts that cost less than $120 all together. Beyond the outer box and LCD display, the RAM consists mainly of a circuit board, a laser, some magnets and an SD card reader.

The RAM is currently being developed by Boston-based Disease Diagnostic Group, a company Lewandowski founded to create and distribute the RAM. A recent filed test in India yielded results that were accurate 93% to 97% of the time, and the company will launch a new field trial this summer in Nigeria that Lewandowski hopes will test as many as 5,000 patients