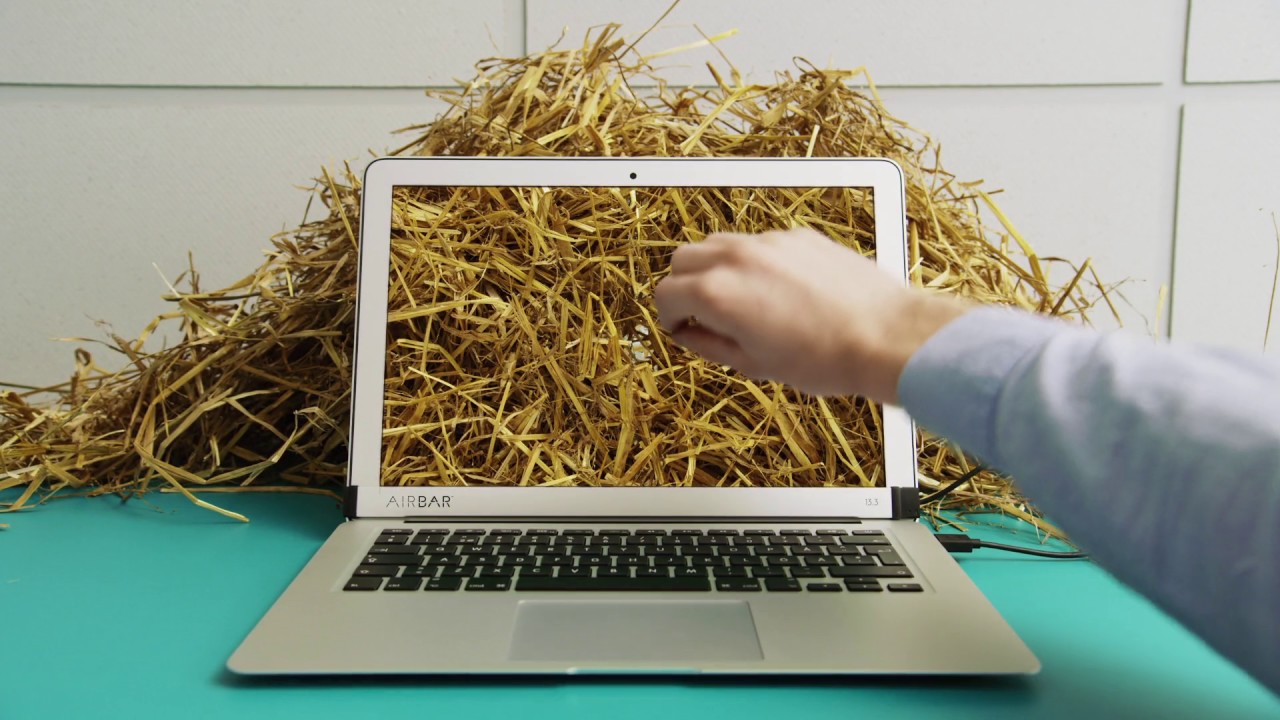 The jury still seems to be out on whether the new MacBook Pros with Touch Bar are a courageous leap forward or a desperate cry for help. But regardless of which side you’re on, the price is undeniably steep. Apple’s tiny OLED strip causes the MacBook Pro with Touch Bar to start at $1,800, $300 more than the base MacBook Pro — which is an expensive laptop to start with.

So what if you could get the concept of the Touch Bar — some kind of touch interaction with your screen — without having to actually give Tim Cook more tax-free money?

The AirBar is a $100 accessory that magnetically attaches to the bottom bezel of a 13-inch MacBook Air and gives you touchscreen-esque capabilities. According to parent company Neonode, it uses “patented zForce AIR™ technology to emit an invisible light field over a display that senses touch from fingers, gloves and even a paintbrush.”

In practice, that means it converts your screen into a kinda-touchscreen. Because of the reliance on the aforementioned “invisible light field,” it’s only really useful for scrolling, panning, zooming or other touch gestures. Fine control, clicking links or drawing is going to be a lot more patchy, according to reviews of the Windows version of the same product.

The AirBar is currently available for pre-order (somehow, not through Kickstarter!) with delivery expected in March. Versions for other MacBook models (expect the old and new Pro, for starters) should be available sometime later this year.

This isn’t the first time we’ve seen people try to bring touchscreens to MacBooks. Mods of all kind have been around for as long as there have been MacBooks. The benefits of a touchscreen — especially a modded-on, imprecise touchscreen — are debatable, but if you’ve always wanted to pinch and zoom on a MacBook Air, this looks like a good option.

If you’re not in love with the hardware, though, there are other options. Software solutions exist to bring gesture control to laptops, even using something as simple as the microphone and speakers.