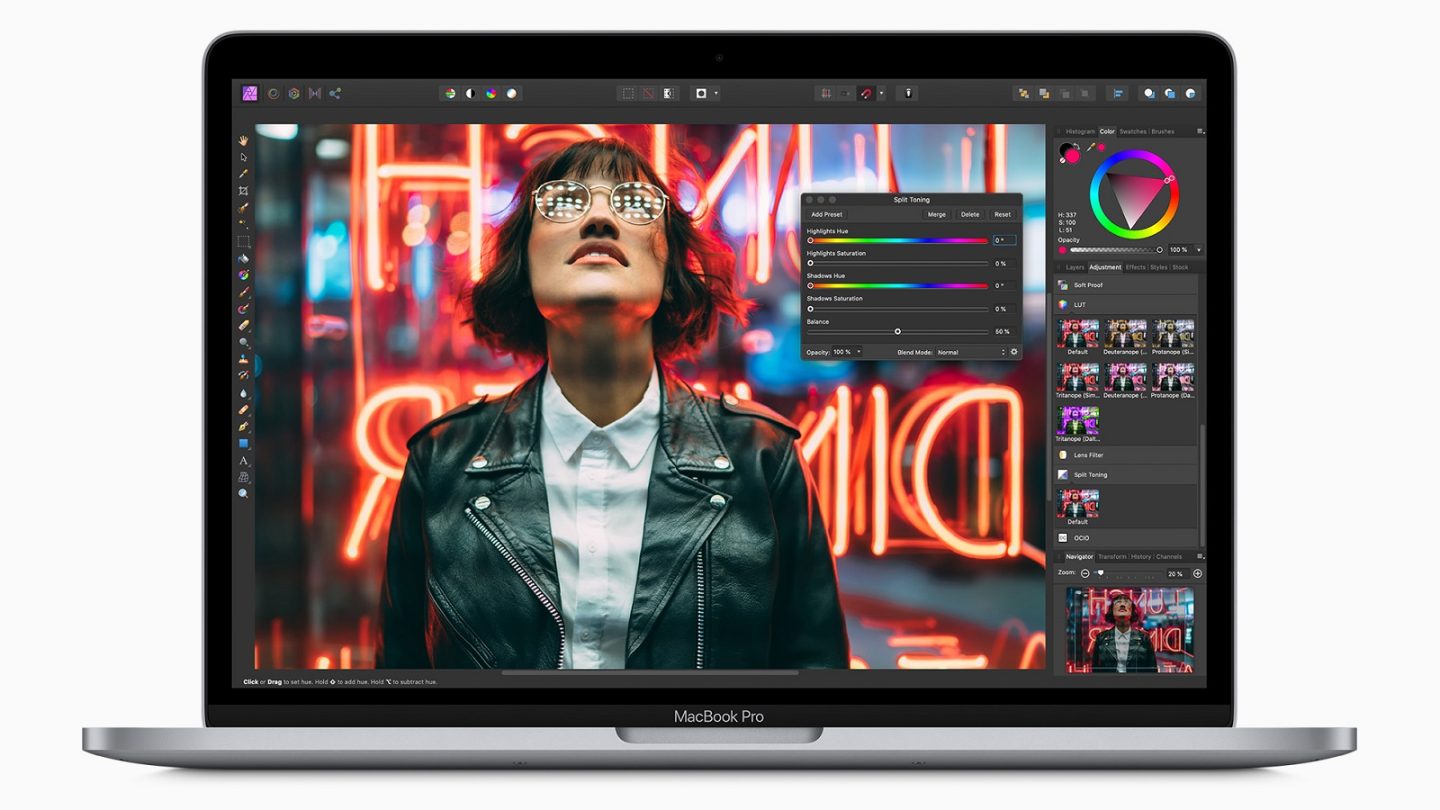 The slow drip of hardware releases continues as Apple unveiled an updated 13-inch MacBook Pro model on Monday morning. Rumors of a new MacBook had been swirling around the internet for weeks, and on Monday, Apple shared a press release detailing the laptop. The most notable change is the addition of the new Magic Keyboard that previously appeared on the 16-inch MacBook Pro and the latest MacBook Air model. With a redesigned scissor mechanism and a physical Escape key, Apple has addressed many of the keyboard’s biggest issues.

Apple also doubled the storage space of the solid-state drive from the previous generation, with the base model now starting at 256GB and standard configurations going up to 1TB. If that’s still not enough, you can upgrade your SSD storage up to 4TB, though it will cost you an extra $1,000 on top of the base price.

Performance has taken a leap as well, as the 2020 13-inch MacBook Pro lineup features 10th-generation quad-core Intel Core processors with Turbo Boost speeds of up to 4.1GHz. If you’re upgrading from a 13-inch MacBook Pro with a dual-core processor, you’ll see up to 2.8 times faster performance. The new model also has integrated Intel Iris Plus Graphics that will offer up to 80% faster graphics performance over the previous generation for tasks such as video editing and gaming. The new model can also connect to the Pro Display XDR at 6K resolution.

Finally, 16GB of 3733MHz memory is now featured as part of the standard configuration for select models. The 2020 lineup is also the first to give consumers the option to upgrade to 32GB of RAM. Consumers who choose this upgrade will see better performance when editing images and running virtual machines.

Other than the revamped keyboard, the rest of the design is familiar, with a 3-pound aluminum body in either space gray or silver, a Retina display delivering more than 4 million pixels and 500 nits of brightness, Touch ID to log in and make purchases securely, and the Touch Bar for dynamic controls. The second-gen Apple T2 Security Chip checks to see if your software has been tampered with upon booting up and encrypts your data on the fly. It also protects your Touch ID information when you unlock your computer, enter a password, or make a purchase.

The new 13-inch MacBook Pro is available to order on Apple.com and in the Apple Store app starting at $1,299. The laptop will begin arriving to customers and in select Apple Store locations later this week.