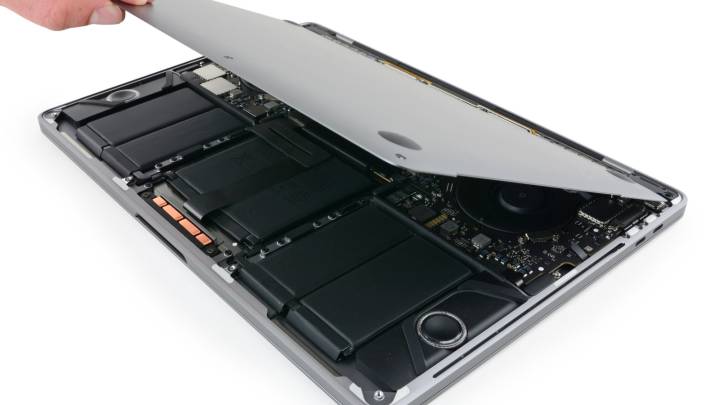 iFixit has taken its favorite collection of prybars to the new machines, and as you might’ve guessed, not much has changed. There were a few welcome surprises that Apple didn’t mention, though.

The only significant change from a specs perspective is the new Kaby Lake processor in the updated MacBooks. Intel’s latest-gen processor is around 20% faster in real-world use, and a little more battery-efficient. You don’t see any of that in the design, however, as it’s still just a soldered-on processor that you can’t change yourself.

Both the MacBook Pro and Retina MacBook are still nearly impossible to fix yourself. Both machines score a 1/10 on the repairability scale from iFixit, because as the organization points out, “In both units, the processor, RAM, and flash memory are still soldered to the logic board. The battery assemblies are still entirely, and very solidly, glued into the case, thus complicating replacement.”

The only really good news is that the updated Retina MacBook has the newer key assembly that Apple introduced last year with the new MacBook Pro. It means the keyboard is still thinner, but the feel and clickiness of the keys is closer to Apple’s traditional laptops.

Overall, the news is pretty much what we expected: Intel’s components are the only major change here. A new keyboard for the Retina MacBook is good news for sure, but it’s still not going to make people hungering after their mechanical keyboards happy, per se.