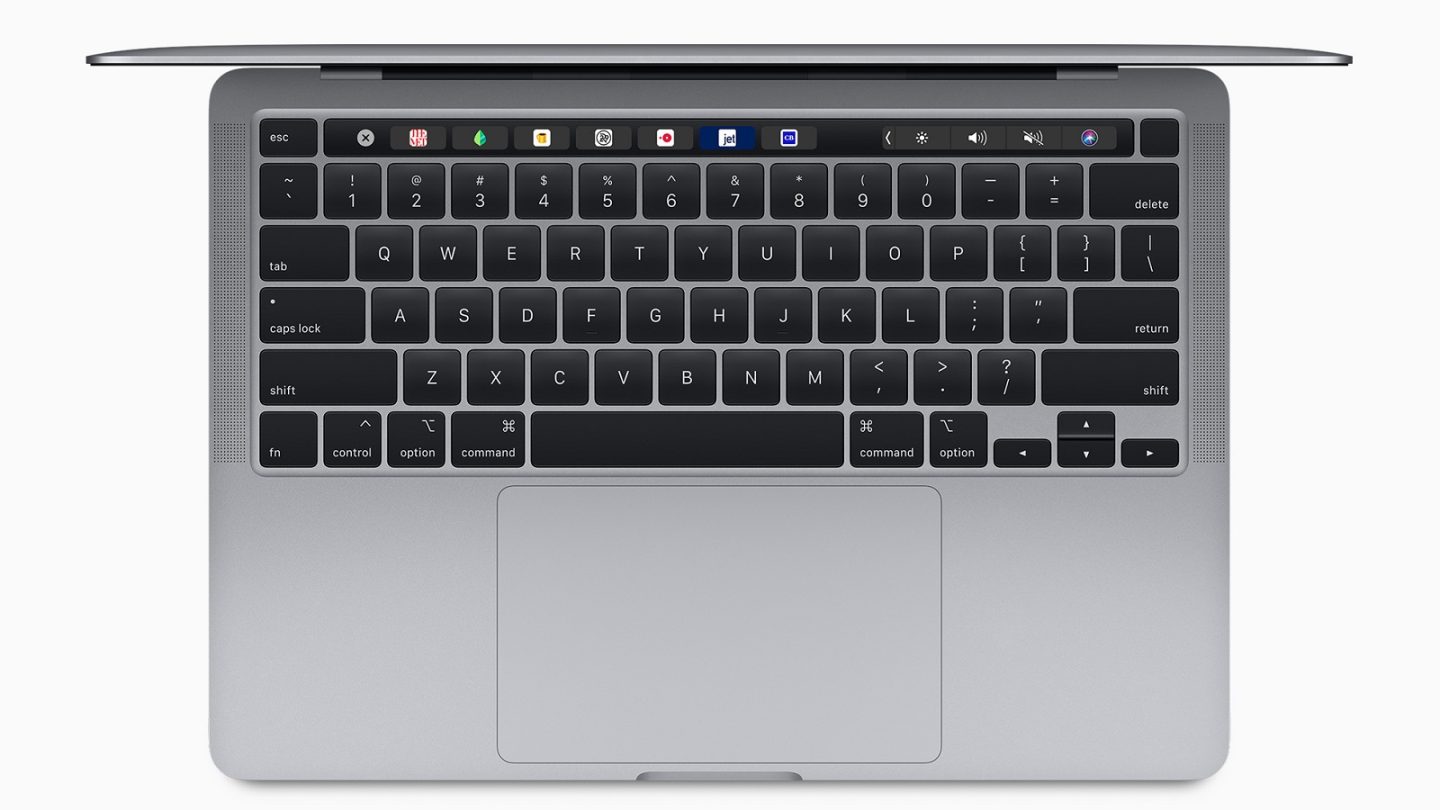 Apple last fall increased the screen size of its biggest MacBook Pro from 15.6-inch to 16-inch without modifying its overall size. The bezels were reduced to accommodate the slightly bigger screen, and the 16-inch got plenty of other significant upgrades, including the new Magic Keyboard, better sound, and beefed up specs. We expected to see the same type of upgrade reach the 13.3-inch MacBook Pro, and Apple almost delivered it a few days ago. The 2020 product refresh replicates most of the 16-inch model’s upgrades, aside from the screen size increase. The notebook still features a 13.3-inch LCD instead of a 14-inch panel. But the display upgrade is still in the works, new rumors say, and it might bring over another notable change.

A Chinese person who posted several details about Apple products on Twitter said that the 14-inch MacBook Pro will arrive next year, without providing any context for the information. This prompted well-known leaker Jon Prosser to answer with a “100%” reply:

A few days ago, analyst Ming-Chi Kuo said in a new note to investors that Apple has pushed back the mini-LED products to next year because of the novel coronavirus pandemic.

“We believe that investors do not need to worry too much about the extension of the mini LED schedule, because mini LED is a key technology that Apple will promote in the next 5 years, so even if the short-term schedule is affected by the new coronary pneumonia, it will not damage the long-term positive trend,” said the research note seen by MacRumors.

Kuo said that Apple is planning four to six products with mini-LED displays over the next two to three years. Previously, he said that a 12.9-inch iPad Pro version and the 2020 MacBook Pro will launch with mini-LED screens this year. Kuo also noted that a 14.1-inch MacBook Pro would get the same display technology without specifying any details about the laptop.

A report the other day said that Apple is planning to invest $334 billion in a new factory in Taiwan that will produce mini-LED and micro-LED displays for future devices.

Apple has been working on mini-LED technology for a few years, with a mysterious display research facility in Taiwan having come up in previous rumors.

Mini-LED screens will let manufacturers create devices that are thinner and lighter than before while offering many of the same benefits of OLED screens used in the iPhone, MacRumors explains. These mini-LED screens will be made of as many as 10,000 LEDs, each measuring less than 200 microns.

Kuo expects mini-LED products to take off in the coming years thanks to Apple’s adoption of the new screen tech, which will force competitors to respond in kind.