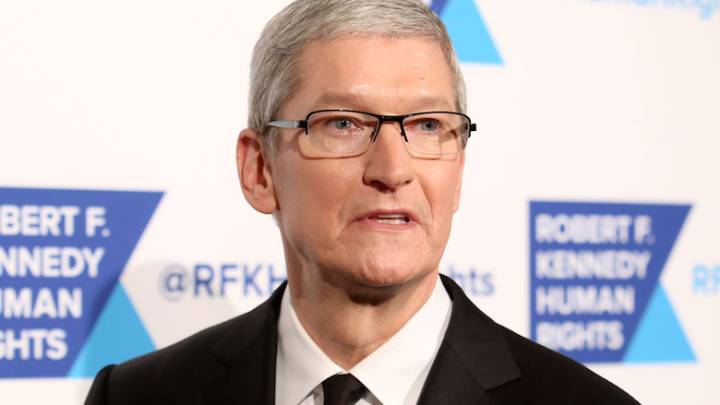 The intensity of of the Mac vs PC war today is a far cry from what it used to be back in the 90s. Even in the early 2000s, the debate between Mac fans and Windows enthusiasts was operating at full throttle, in large part due to Apple’s wildly successful Get a Mac ad campaign which featured Justin Long as an endearing embodiment of a Mac and John Hodgman as a stodgy, and yet likable, PC. In recent years, the Mac vs PC debate has simmered down and has largely been supplanted by the iPhone vs Android debate. Still, every once in a long while we’ll see an Apple executive or well-known Apple personality throw out what can arguably be categorized as a nostalgia-fueled jab at Windows.

Such was the case this past Friday when Apple CEO Tim Cook delivered a commencement address at MIT. While detailing the path he took in order to figure out what he wanted to do with his life, Cook explained that it required a bit of trial and error.

“I tried meditation,” Cook said. “I sought guidance and religion. I read great philosophers and authors. In a moment of youthful indiscretion, I might even have experimented with a Windows PC. And obviously that didn’t work.”

As far as nerd-based humor is concerned, that’s pretty top notch. And in typical Cook fashion, it wasn’t so much a mean-spirited barb a’la Steve Jobs as it was a lighthearted quip.

Cook’s full speech can be viewed below.