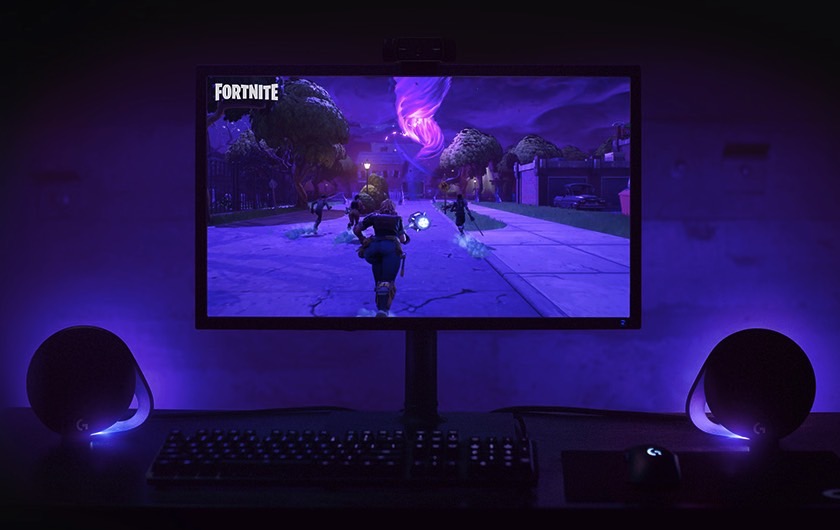 Logitech’s newly announced G560 speakers are supposed to transport you deeper inside your games and movies. That’s not just because of the sound, although that’ll play a role in this whole immersive experience as well. The speakers come with an incredibly neat trick: Backlights that sync to the on-screen content.

Connected to a PC system, the speakers will produce both the sound you expect, but also light effects to match the on-screen experience, as seen above. The speakers extend the visual experience beyond the display, creating a light show that matches the action on the screen.

The G560 Lightsync speakers aren’t cheap, though. Priced at $199.99, they’re already up for preorder, but they’ll ship only in April.

After positioning the speakers to the left and right sides of the display, you’ll be able to assign areas of your monitor to any of four lighting zones. The speakers will then track the action on the screen in real-time and match the colors on the screen with speaker lighting. That’s Logitech’s Lightsync tech in action.

The company says that a special RGB SDK will allow developers to program the color and animation effects for their games if they so desire.

As for the sound, Logitech says the speaker can deliver “explosive action” at 240 watts peak / 120 watts RMS Power. The 2.1 speaker system includes the two speakers and a subwoofer and supports DTS:X Ultra surround sound. You’ll need a USB connection for “true digital audio, Lightsync RGB, and DTS:X Ultra, but the system also comes with Bluetooth support and a 3.5mm headphone jack.

Finally, the company also has a new G513 Carbon mechanical keyboard for you, which also packs Lightsync lighting tricks. That means the keyboard will also light up to match the action on the screen. The keyboard costs $149.99, and it’s also available for preorder.