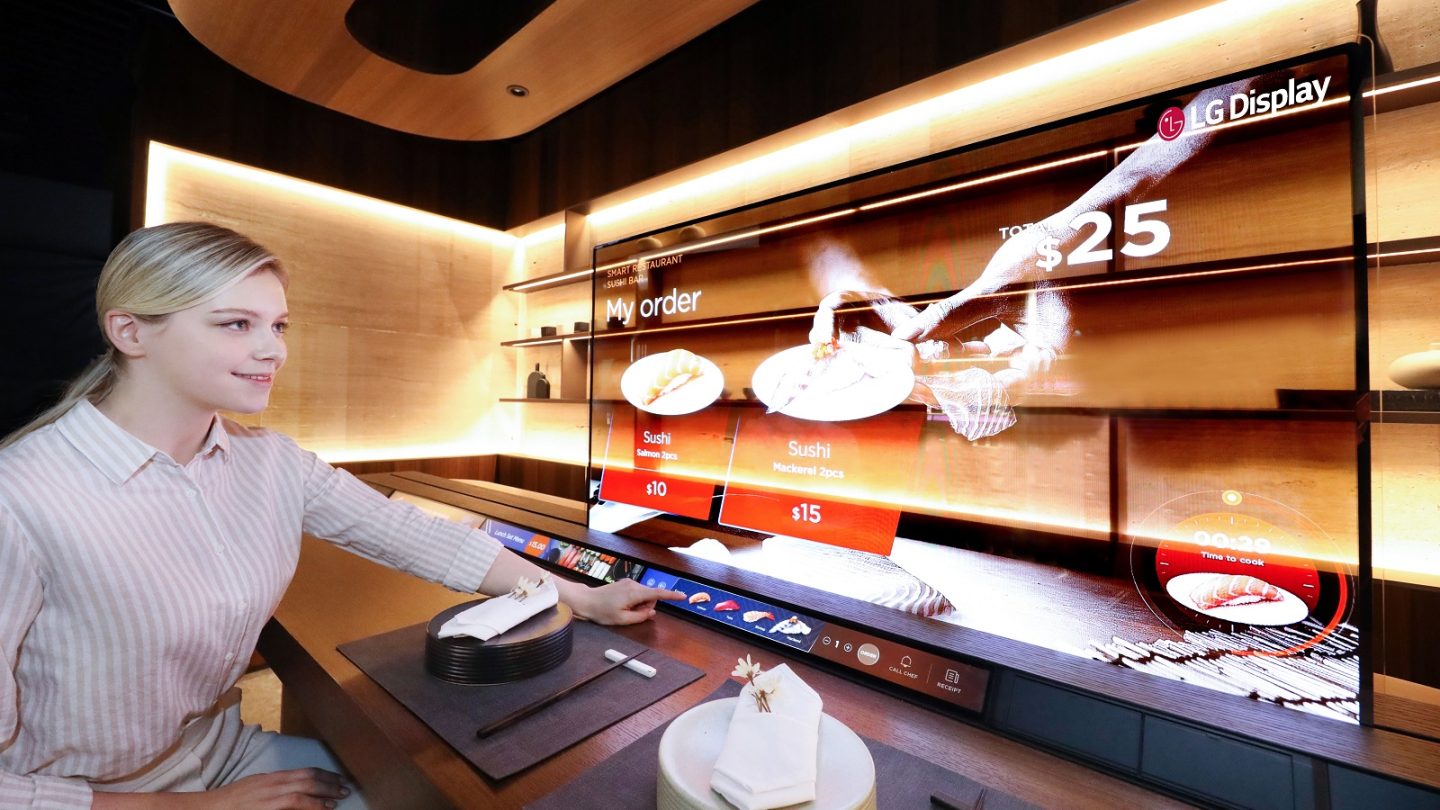 CES 2020 was one of the last major trade shows to take place ahead of the COVID-19 pandemic, and even though the year is mercifully coming to an end, the virus is still spreading uncontrollably, especially in the United States. As a result, this year’s CES will be completely digital, but that isn’t stopping some of the world’s biggest technology brands from showing off their latest innovations, such as LG, which plans to give us a taste of how it has applied transparent OLED displays “to objects and situations that people encounter on a daily basis.”

LG has exhibited use cases for the transparent displays in the past, but at CES 2021, the company will demonstrate the many ways that transparent displays can become part of our standard routines. For example, one of the products LG will bring to CES is a Smart Bed that features a frame that can be placed on the foot of a user’s bed. The 55-inch OLED screen will rise from the frame at the push of a button, displaying useful information or serving as a TV, and embedded Cinematic Sound OLED (CSO) means you don’t need an external speaker.

The Smart Bed will be in LG’s smart home zone, which is one of several zones the company will set up for the trade show. There will also be a restaurant zone that will showcase how the 55-inch transparent display could be placed at a sushi bar where it would be able to show customers information about their order or let them watch a show without completely disconnecting them from the chef preparing food behind the display.

Finally, in the metro zone, LG will demonstrate how the 55-inch Transparent OLED could replace traditional windows in a subway station so that could check out the scenery while also being shown information, such as subway maps, weather forecasts, the time it will take to arrive at their destination, and more.

Transparent OLED is a technology that maximizes the advantages of OLED and can be used in various places in our daily lives, from stores, shopping malls, and architectural interiors to autonomous vehicles, subway trains, and aircraft. It will grow into a next-generation display that can change the existing display paradigm.

An all-digital trade show might not be as compelling as an in-person one, but being able to preview LG’s Transparent OLED displays certainly gives industry professionals and media a reason to tune in.