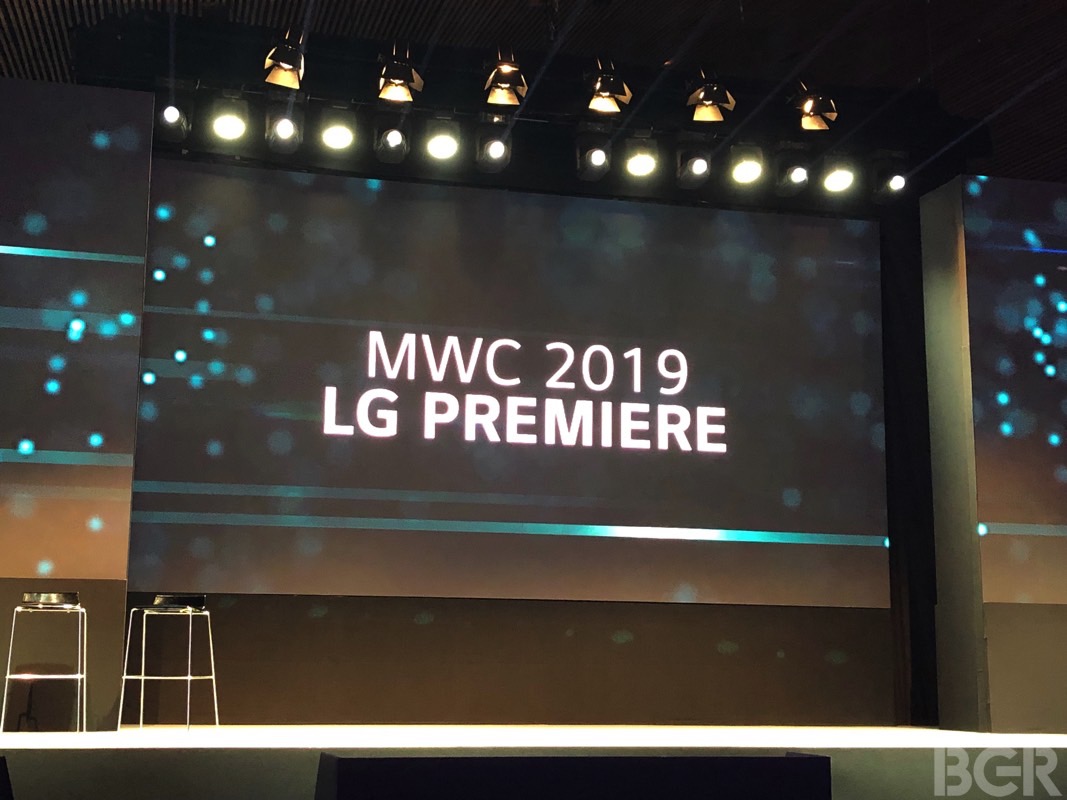 LG is hosting the fourth big smartphone event from Barcelona this Sunday, and it’s in a time slot that is usually reserved for Samsung’s Galaxy S announcements. However, Samsung did things a little different this year, as it ambushed its competitors with a massive Unpacked event last week where it launched the new Galaxy S10 flagship series as well as its first foldable phone. LG doesn’t have a foldable phone in the pipeline — not for MWC 2019 at least — but the company is about to unveil an Android phone like no other. On top of that, its first-ever 5G phone will be introduced at the show. Unlike its competitors, however, LG isn’t providing a live stream of the event, so make sure you follow our live blog at the bottom of this post for all the latest updates from the press conference.

The LG G8 ThinQ that we saw in a variety of leaks before MWC isn’t exactly a secret. As has been the case in previous years, LG has already unveiled some of the features of the phones and teased others.

LG revealed a few weeks ago that the G8 ThinQ will feature support for 3D face recognition just like the iPhone X, XR, and XS phones. That means the handset will have a noticeable notch just like the iPhones. On top of that, the same front-facing 3D cameras and sensors should let users control their phones with gestures. That’s something LG also teased ahead of the show, without fully detailing the feature.

A few days later, LG shared with the world one more exciting ThinQ feature, the Crystal Sound OLED (CSO) tech that turns the entire screen into a speaker.

There aren’t too many phones that support 3D face recognition, let alone gesture-based navigation. And there’s no widely available handset in the world with a display that also doubles as a speaker. If that’s not enough, LG’s V50 ThinQ is also supposed to make a showing during the press conference. That’s LG’s first 5G phone according to reports, a device that should be release in stores later this year.

We’ll get you all the details on both phones from LG’s keynote, make sure you follow along below beginning at 1:30 PM EST.