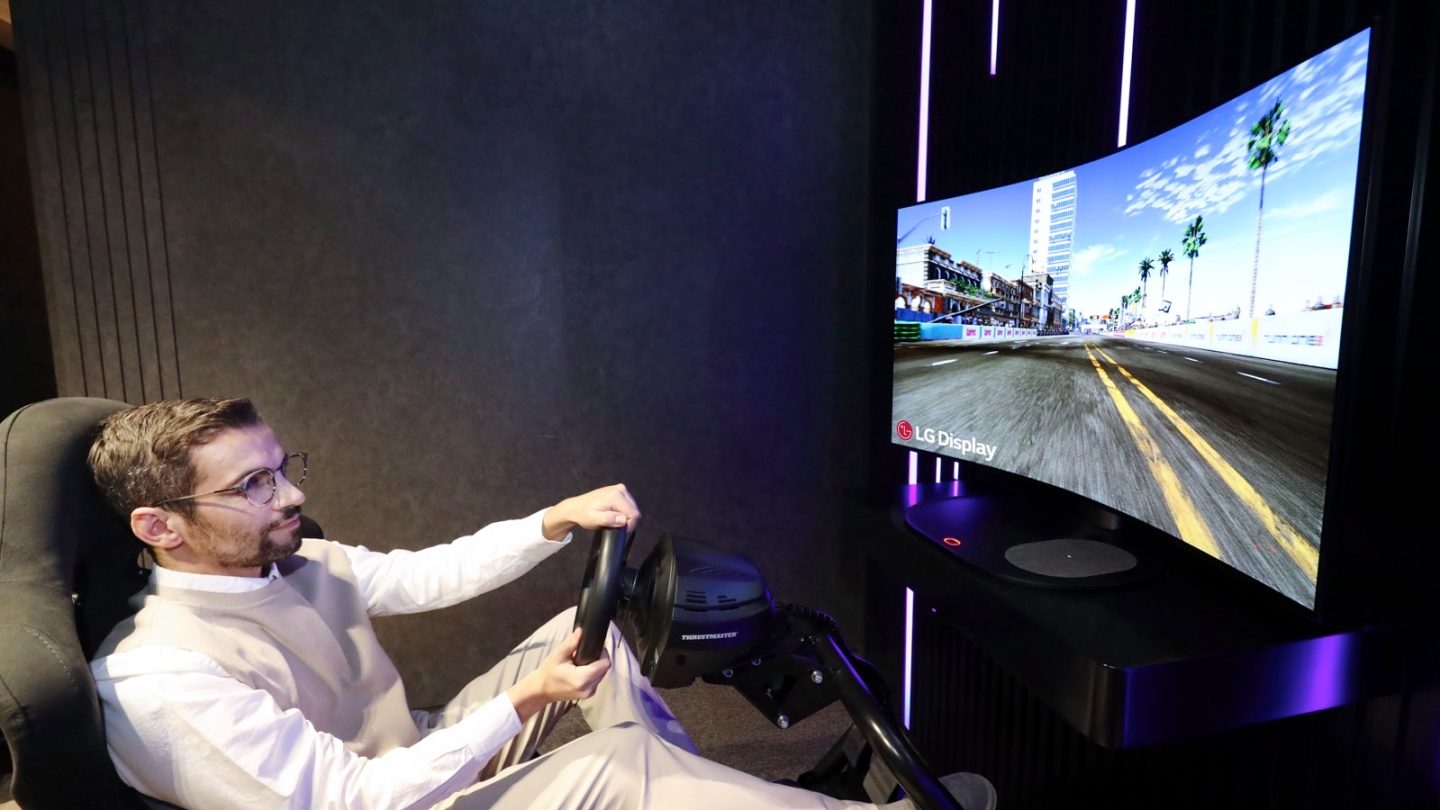 In any other year, early January would bring us the busiest trade show of the year, the annual Consumer Electronics Show event where various new technologies and gadgets are unveiled. But the novel coronavirus ruined all that. In-person events are still very risky, so CES will happen online. That’s to say, most tech companies that would be present in person in Las Vegas during regular CES shows will have their own announcements scattered throughout mid-January. The All-Digital CES 2021 event will take place between January 11th and January 14th. But some of them might make several announcements ahead of the period or officially tease some of the upcoming products.

LG, which usually teases upcoming announcements with smaller press releases revealing some details about a brand new product, just came out with such a release. The company says it will introduce at CES the world’s first 48-inch Bendable Cinematic Sound OLED (CSO) screen optimized for gaming.

LG isn’t the first company to launch a display or TV set with a bendable screen. But LG’s display will bend when you need it to — LG explains:

The 48-inch Bendable CSO display utilizes OLED’s advantages as its paper-thin screen bends and unfolds with a curvature radius of up to 1,000R, meaning that it can be made to bend up to a radius of 1,000mm without affecting the function of the display. It can therefore be turned into a flat screen while watching TV and used as a curved screen while gaming. The curved display offers a uniform viewing distance from the middle of the screen to its edge, maximizing the visual immersion that is popular among gamers.

As for the CSO technology, that’s not new. The entire display is turned into a speaker, which “enables OLED displays to vibrate and make their own sound without the use of any speakers, offering a vivid sense of reality as if the on-screen characters were talking directly to the viewer.”

The CSO’s ultra-slim film exciter, which is the one that produces sound by vibrating, has been reduced to a thickness of just 0.6mm from 9mm, which is an impressive accomplishment. Other specs include a 0.1ms response time, 120Hz refresh rate, and variable refresh rate between 40Hz and 120Hz.

The only image LG has offered of the new 48-inch display/TV is the one above, showing the screen in the bent position during a gaming session. LG also has a new YouTube video to promote its CES announcements, including a transparent screen:

What LG hasn’t said is how much this 48-inch OLED display will cost. The release date is also a secret for the time being. Considering the technologies involved, particularly the fact that it’s an OLED screen, we’d expect the Bendable Cinematic Sound OLED screen to cost more than similarly sized LED displays.