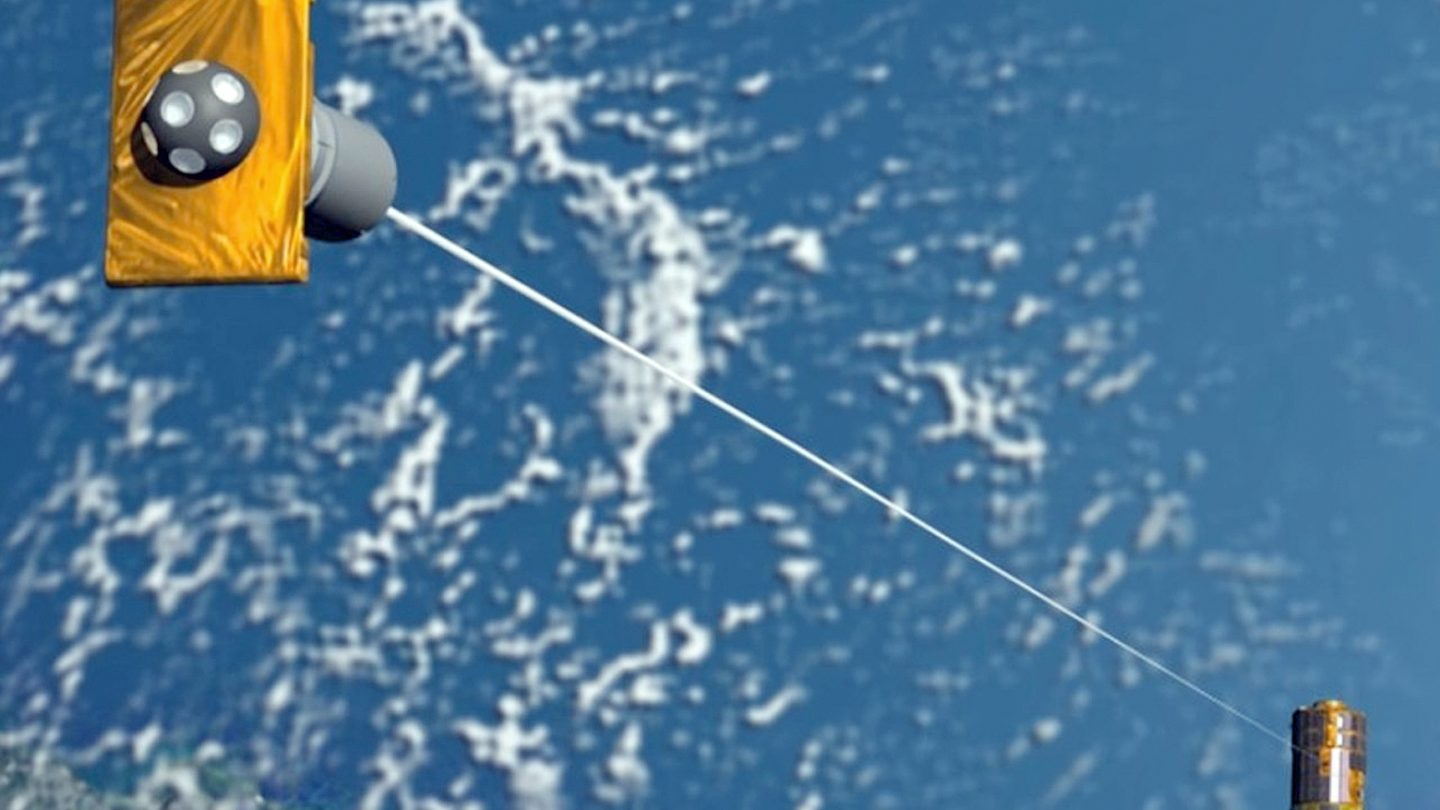 Flying into space is inherently dangerous, but mankind has gradually made it even more hazardous by filling Earth's orbit with millions of pieces of random garbage. Japan decided to do something about that, and built a high-tech, junk-grabbing tether into the cargo ship it launched last month. Now, the Japanese Aerospace Exploration Agency (JAXA) believes something went wrong, and the tether might never get the chance to perform its important duty.

Initially, the plan was for the tether to deploy from the cargo ship, which delivered supplies to astronauts aboard the International Space Station. On its return trip to earth, the tether was supposed to pop out and grab some bits of manmade space debris, hauling them into Earth's atmosphere where they would be incinerated. Unfortunately, JAXA now believes that the tether might not have deployed at all, bringing the experimental trash clean-up job to an abrupt halt.

The tether, which measures a whopping 2,300 feet, was built of stainless steel and aluminum wire, was designed with the help of a company that manufactures fishing nets. JAXA says it could still function in some manner if they manage to get it working before the cargo ship's scheduled reentry this coming Saturday, but nothing is guaranteed.

This is now the third big SNAFU for JAXA in just the past year. Early last year the agency lost contact with a $270 million satellite it launched just months earlier, and just last week a JAXA satellite ended up in the ocean after the rocket carrying it failed to reach orbit.