Hermes is reportedly sending out emails to customers and informing them that pre-orders will begin on October 8, 2021. And seeing as how Hermes is making new bands for the Apple Watch Series 7, the company is clearly in a position to know pre-order details. If Apple Watch pre-orders are, in fact, opening up on October 8, it stands to reason that the release date will be sometime in mid-late October.

UPDATE: Well, it looks like the leak was 100% accurate. Apple announced pre-order and release details on Monday morning!

Apple Watch Series 7 release is back on track

Word of the Hermes email was first brought to light by AppleTrack.

In multiple emails from Hermès, obtained by AppleTrack, customer service says “Apple Watch Series 7 will be available for preorder beginning October 8. 2021. Please let us know if you have any further questions!”

A source at Hermès has privately confirmed the validity of these emails without confirming the date specifically.

Incidentally, Jon Prosser on Thursday said pre-orders could begin as early as the week of October 4th. Prosser further said that shipping could begin in mid-October.

Why the Apple Watch Series 7 is delayed

With the Apple Watch Series 7 release on the horizon, you might be curious to know why it was delayed in the first place. After all, most new Apple Watch models are available for pre-order immediately after their unveiling.

To this end, Apple had to manage a few technical hurdles during the Apple Watch Series 7 production process. Most of these challenges involved a new design and production process for the display. Reports that the Apple Watch Series 7 release would be delayed first surfaced back in August. At the time, sources said that Apple was experiencing reliability issues with the display. One source familiar with Apple’s plans added that the company and its suppliers were “working around the clock trying to solve the issues.”

All told, it’s not surprising that the Apple Watch Series 7 release is being pushed back. The next-gen wearable has a slightly different form factor than its predecessor. The corners are slightly rounder, the bezels are smaller, and of course, the display itself is noticeably larger. So while the dimensions of the Apple Watch Series 7 are about the same as the Apple Watch Series 6, the new watch will afford users a lot more screen real estate. If you’ve been looking for a reason to upgrade, the Series 7 design is certainly compelling.

Lastly, the new Apple Watch will be available in a range of new colors, which can be seen below: 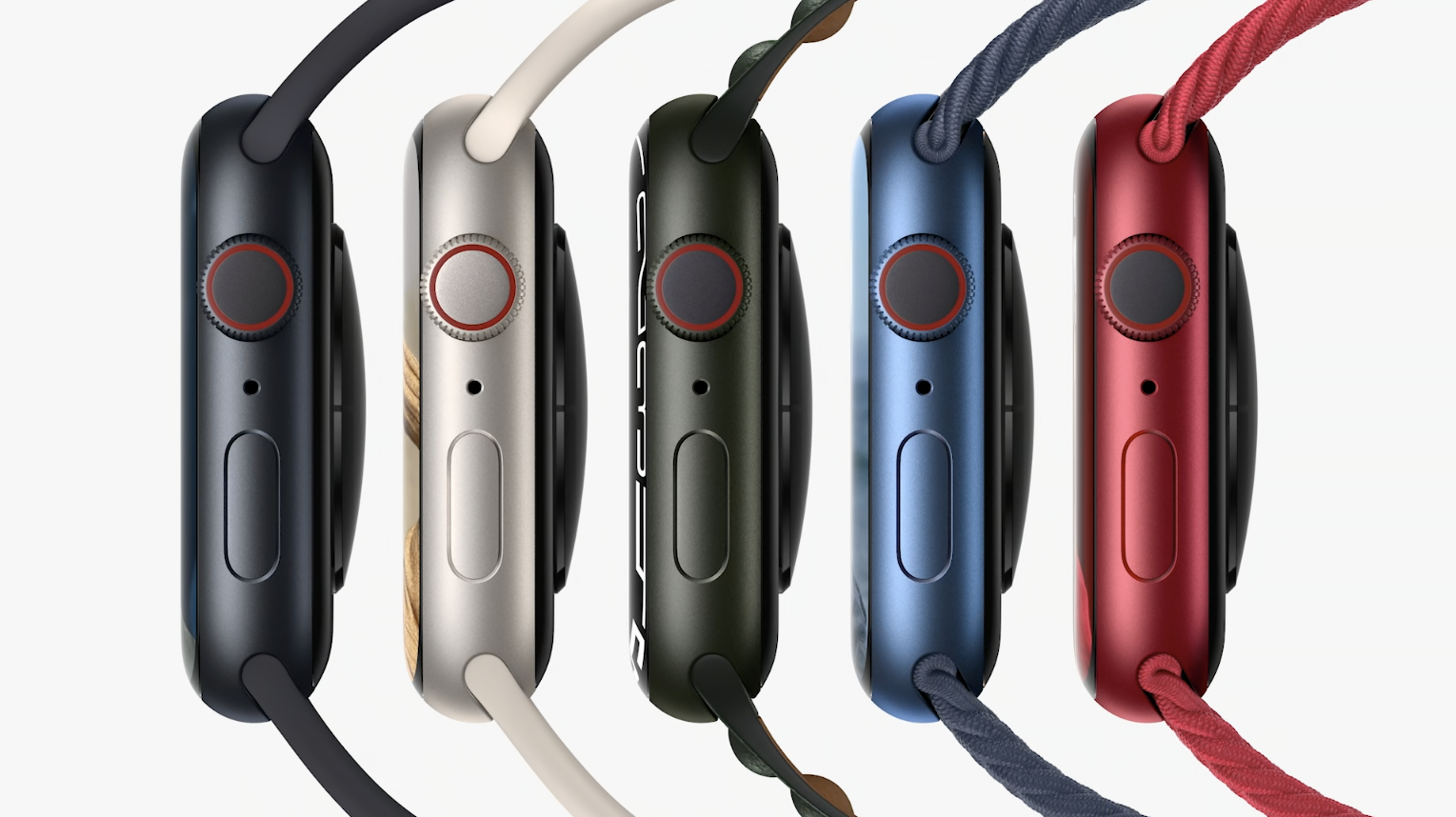