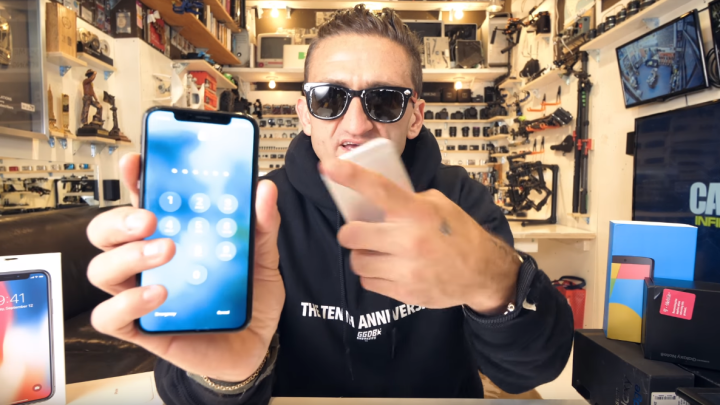 This year, Apple went a different-than-normal route with iPhone X reviews. Rather than seeding review devices to big newspapers and tech blogs, as per usual, the company went more with lifestyle outlets and YouTube personalities (much to the anger of some).

One person who didn’t get any special Apple love? Casey Neistat, one of YouTube’s most famous vloggers, a camera addict, and an objectively good person to review a new phone. A week after launch, he’s had time to play with one, and the feelings are strong.

As you might expect, Neistat’s overall verdict is that it’s a great phone. There isn’t anything groundbreaking in here, but I think he does an excellent job outlining a few user experience problems that iPhone X users are running into. The lack of a home button means that you can’t multitask out of an app if it crashes, and the change in how multitasking functions makes it way slower to force-close an app. These aren’t deal-breakers, but it’s a good breakdown of how not having a home button will actually affect you.

Neistat also has a few gripes with iOS in general that are worth the time — specifically, that the notifications are broken, and there’s no way to picture-in-picture an app.

Ultimately, Neistat’s not going to switch from a Note 8 to the iPhone X, mostly due to software issues. Also, it’s probably worth noting that he’s been in Samsung commercials so… yeah. Also, if you want his camera review, you’re going to have to wait.