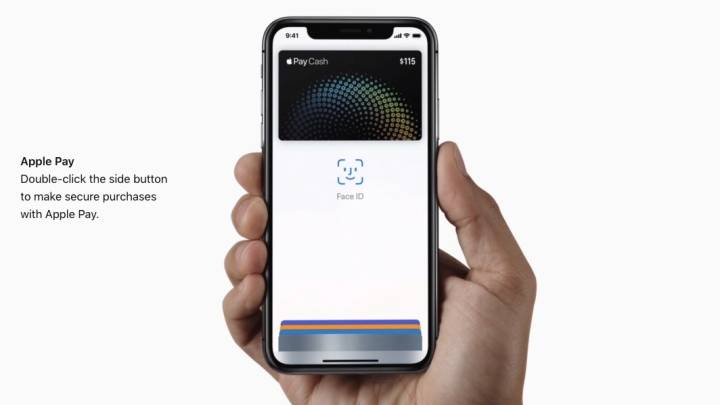 After months of leaks and an endless waterfall of rumors, the iPhone X is finally here. A handful of journalists have already had a hands-on opportunity at Apple’s launch event in Cupertino, and the impressions of the iPhone X and Face ID are about as positive as you’d expect.

The Verge reckons the iPhone X’s design is a tribute to the original iPhone:

The thing that a lot of people want to talk about with the iPhone X is its $999 starting price, but when you have the phone in your hand, it feels… worth it. The X is an extremely beautiful device, with a stainless steel band and glass back curving into a 5.8-inch OLED display that stretches all the way across the front of the phone. It’s a bigger display than the 5.5-inch Plus-size iPhones, but a much, much smaller body. Those bezels — turns out they’re huge. Happily, the X is also a little thicker and less slippery than the iPhone 7, which was basically suicidal in its ability to fly out of my hands. If anything, the X evokes the original iPhone more than anything, with that stainless steel band and black front.

The post also notes that Face ID worked “every time” for one of Apple’s employees who was conducting a demo. A tightly controlled demo isn’t even close to definitive proof that anything works, but it’s a positive step in the right direction.

Engadget is decidedly meh about the notch, but has complaints about a different bezel:

I originally expected the notch to bother me more at first since it’s noticeable larger than the one on Essential’s PH-1. Well, I was wrong. Apple has historically kept iOS’s top bar pretty clean, s it doesn’t really matter that there’s a huge chunk cut out of it.

What did bother me a little more than expected were the bezels that run around the screen. To be absolutely clear: they’re really not that big, and I expect most people thinking about dropping $1,000 on a phone could care less.

TechRadar had some problems with FaceID:

The demo we were shown was a little worrying, though. In the demo on stage the first phone failed, and when it was shown to us the person linked to the phone kept having to to turn the display off and on again to activate the system.

When held at the right distance, it worked well and quickly, but we saw plenty of missed unlocks in our time with the phone. Apparently it’ll learn your face as time goes on, but this is something we really need to test out to make sure it’s easy to get into your phone.

Let’s put it this way. I just came away from using the iPhone 8 and iPhone 8 Plus, and they just feel like just nice upgrades by comparison. There’s too much bezel on those phones, despite the fact that they share many of the same advancements as the iPhone X on the inside. The iPhone X (available Oct 27th for pre-order) looks and feels like the phone of tomorrow, and I’m not looking back.

Mashable was also a big fan of the design:

I didn’t realize how much I missed the glass back if the iPhone 4, 4S, 5 and 5S until I held the iPhone X. Sure, the super-polished Jet Black iPhone 7 approaches the feel of glass, but, to be honest, the tactile experience of touching ultra-hard glass (which may or may not be Gorilla Glass) is unmistakable.