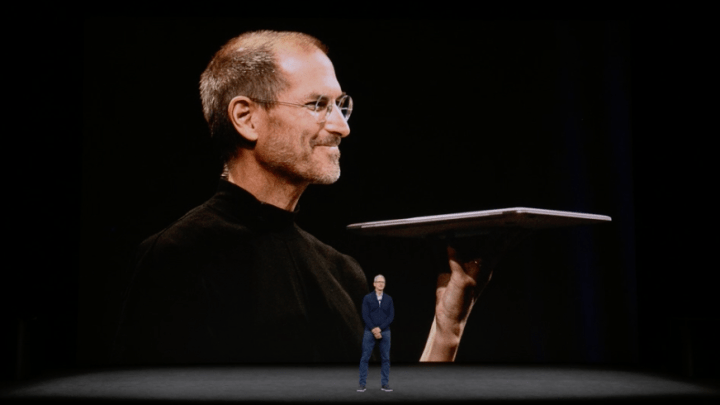 Tuesday’s iPhone event was filled with announcements, as Apple covered all the new products we expected. The star of the show was the iPhone X and its controversial notch, but Apple also unveiled a bunch of other new products, including the iPhone 8 and 8 Plus, Apple Watch Series 3, the Apple TV 4K, a new wireless accessory, and a brand new AirPods case. The company did not have time to go through every single new feature, but it highlighted some fascinating innovations that are worth checking out.

The Apple Watch may one day prevent some serious heart conditions by continuously monitoring your heart rate and looking for irregularities.

LTE antenna in the screen

The Apple Watch 3 also has an LTE antenna embedded into the display. That’s one way of killing nasty antenna lines on devices. Just saying.

It may not have a fancy name, but the eSIM that the Apple Watch 3 uses to spoof your phone number is definitely exciting. It’s incredibly small, and we may see it one day on other devices that need LTE connectivity, including MacBooks.

4K movies as cheap as HD

What better way is there to make you want to buy devices that can stream 4K content, like the new Apple TV 4K, than by cutting the price of 4K movies all the way down to HD levels? That’s something others will probably follow soon.

We knew this was coming for a while now. It also lacks a marketing name, but Apple developed its own mobile GPU for the iPhone 8 and iPhone X, a three-core beast that’s supposed to deliver an even better performance than the iPhone 7’s six-core GPU. The GPU is expected to deliver a 30% faster performance than the A10 Fusion while consuming half the power.

The image signal processor in the new iPhones is made by Apple, Phil Schiller said on stage during the show. It delivers faster low-light autofocus, an improved pixel processor, and hardware multiband noise reduction.

The new video encoder that will power video recording on the new iPhones is supposed to deliver faster video frame rates, as well as real-time image and motion analysis.

Yes, some of us hate the notch with a passion, but it’s also the best notch found on a smartphone. In that “tiny space,” as Apple calls it, Apple packed what looks like a Kinect for phones that powers the TrueDepth camera’s Face ID functionality. The dot projector alone throws 30,000 invisible IR dots at your face and the cameras capture everything to compare it against the saved face data.

The A11 Bionic neural engine

Never mind the fact that the A11 Bionic already scores higher in benchmarks than some MacBooks and MacBook Pros. The new Apple processor powering this year’s new iPhones also comes with a built-in neural engine that will drive all the machine learning algorithms working inside iOS, including the real-time Face ID authentication.

Wait a second, don’t the AirPods already charge without wires? Yes, they are, but they come with a charging case that currently charges using a regular Lightning cable. Come next year, Apple will release a multi-device charging accessory called AirPower along with a new AirPods case that will support it.

As we mentioned, Apple will soon release a new AirPower wireless charging mat that will be the first such device to charge multiple gadgets on one pad.