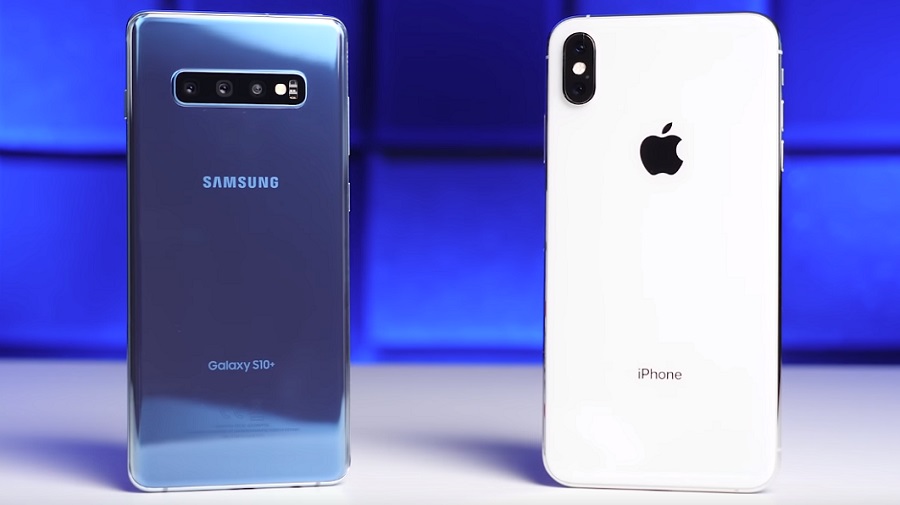 Every single year, without fail, companies like Apple and Samsung release next-gen smartphones jam-packed with all sorts of new features and technologies. And every single year, without fail, tech bloggers try to see how much punishment these new phones can withstand before breaking down completely. While some experiments are entertaining but completely pointless — do we really need to know how long an iPhone can function when exposed to hot lava? — others can actually be quite helpful in determining how robust a particular device is.

One of the more instructive tests is the good ole’ reliable drop test. Sure, phones today are more shatterproof than in years past, but cracked screens still present a pesky problem. With the Galaxy S10+ and iPhone XS Max arguably the two top smartphones on the market today, the folks over at PhoneBuff recently decided to see how Apple and Samsung’s respective flagships performed in a tried and true drop test.

While I can’t imagine anyone would make a purchasing decision based on how a phone withstands a drop from, say, 10 feet up in the air, it’s still interesting to see what difference, if any, the two phones have with respect to overall durability.

Round 1 starts off with a standard drop onto the backs of the devices. Not surprisingly, both phones remain functional, though the glass on the back of both devices show some cracking. Surprisingly, Gorilla Glass 6 on the S10+ didn’t perform as well as you might think. All told, round 1 easily went to the iPhone.

Round 2 saw both the iPhone XS Max and S10+ dropped onto their corners. Both devices emerged relatively unscathed, essentially making round 2 a wash. Next up, both devices were dropped onto the front of their respective displays. Both phones exhibited a few cracks but the S10+ exhibited cracks all throughout the display while the cracks on the iPhone XS Max were mostly contained on the bottom of the display. Notably, the latter test resulted rendered the fingerprint sensor on the S10+ unusable.

The full video and test results can be viewed below (the test begins at 1:15).